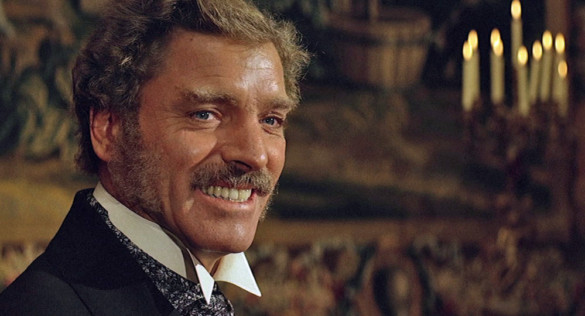 Luchino Visconti di Modrone was born in 1906 into one of Italy’s most prominent families that dated back to the 17th century. Based in Milan, Luchino was surrounded by the aristocratic society during the first half of the 20th century, being exposed to classical music and opera as Italy was soon to be ruled by the fascists and the monarchy was in decline because of its association with Mussolini. It is with this irony that a man with a lavish lifestyle became a member of the Communist Party, backing the ideals of Marxism in contract to what fascism was calling for. Even after the fall of Mussolini and the abolishment of the Italian monarchy, the royal lineage still exists with other Visconti family members, and with Visconti, his mix of communist sympathies and expensive styles made him quite the unique character when he began his directing career.

In the 1930s, Visconti got his first work as an assistant to Jean Renoir, another noted figure with left-wing views, in the films Toni and A Day In The Country. Also, there to help out was another nobleman who would have a major film directing career later, Franco Zefferelli. Back in Italy, even with his anti-fascist views, he joined Vittorio Mussolini – the dictator’s second son – in a gathering of various writers and directors to continue Italy’s film industry which included Roberto Rossellini and Frederico Fellini, and Visconti would get his first directing gig, Ossessione. It is considered a precursor to Italian neorealism and well regarded by film critics today. Visconti, however, was not a fan of the neorealism movement, and eventually worked his way out to romanticism mixed with realism.

Senso, his 1954 historical drama, was the first Italian film shot in color. Set in the 1860s during the Italian War of Unification, the film’s opening scene is set and filmed in one of opera’s most legendary theatres, La Fenice. During an opera performance, Visconti gives a pan shot of the whole opera house, showing all five floors of box seats. The film also highlights at the beginning of the war between Italians and the occupying Austrian troops that are present. It sets up the conflict when an Italian countess falls for an Austrian Officer, a forbidden love affair that could mean doom for both. While acclaimed in Europe, it was barely seen in the States because of the Red Scare going on involving Visconti’s communist ties. He followed it up with White Nights, a modern version of Fyodor Dostoyevsky’s short story from 1848, starring the Italian legend Marcello Mastroianni.

After briefly touching upon realism in Rocco And His Brothers, Visconti would take his viewers into a world a century earlier as Sicily is caught up in the last of the battles before Italy was unified as a nation. The Leopard won the Palme d’Or in 1963, which follows the Prince of Salina (Burt Lancaster) and his awareness that the comforts and privileges he has will no longer be in existence as it becomes apparent the nationalists will win and remove their influence. As the old goes on with their ways, the tide of democracy and equality is on the horizon and the Prince can only look at the past he remains attached to. Large sets, massive cast, and a more crisp Technicolor show lasting 3 hours long. The massive success of The Leopard opened the financial doors and multiple projects Visconti would do later.

Two of his works after The Leopard signaled the boldness of Visconti’s visions and how he can create provocative things into an art form, even around the subject of homoeroticism. The first was The Damned, which starred Dirk Bogarde, Charlotte Rampling, and Visconti’s lover for the last years of his life, Helmut Berger. A wealthy German family doing business with the Nazis finds itself in peril when opposition to Hitler results in the patriarch being murdered and the heirs go to their amoral relatives who split into factions for full control. As a depiction of The Night Of The Long Knives, Visconti portrays the arrest and execution as a gay orgy, followed by a shocking scene of incest as a way to incapacitate another member, being coercing a married couple to suicide. Adding to Visconti’s daring subject matter would be an almost sympathetic portrayal of a pederast in Death In Venice, following an ill music composer struggling with aging but finds some energy in a young boy who passes him by occasionally. The film isn’t about such feelings, but about a gay man in the 1910s feeling pain for sexual repression in an era where homosexuality was forbidden.

Visconti would make three more films despite suffering a major stroke in 1972. At the same as he was recovering, he filmed a four-hour biopic of King Ludwig II of Bavaria with Berger in the title role and co-starring Romy Scheider (Last Tango In Paris) and Trevor Howard (The Third Man). As the King, Ludwig had high tastes like Visconti but was recklessly spending lavishly on the arts, such as backing the composer Richard Wagner, and on himself, leading to his overthrow and death. Because of the King’s apparent bisexuality, Visconti portrayed him as such, which angered the conservative Bavarian population who admired Ludwig II. His last two, Conversation Piece and The Innocent were released without fanfare.

Luchiano Visconti died after suffering a second stroke on March 17, 1976. Despite his communist views, he still held the Catholic Church in high regard and was given a large funeral Mass. As the documentary linked below shows, Visconti’s work is an amusing sight from a man of nobility who was politically and socially not much the same as his descendants. Relatives of his have worked on in the film business, but the throne of an aristocrat in cinema in any language belongs, in spirit, to Count don Luchino Visconti di Modrone.