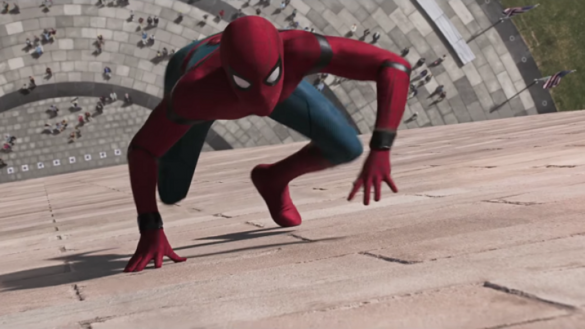 ICYMI, on Episode 199, we featured edition of Trailer Talk where we discuss some of the latest movie trailers to hit the web. Specifically, we talked about the new trailers for Spider-Man: Homecoming, Guardians of the Galaxy Vol 2 and War of the Planet of the Apes. As you can hear in the audio above, we were pretty high on all three of these trailers to various degrees. If these trailers are indicitive of the quality of these movies, next year could be promising. That said, we all loved the trailers for Suicide Squad and look how that turned out. Vice versa, the marketing for Star Trek Beyond was awful and while I personally didn’t care for the movie, most did. So you can never fully tell based off of the marking for these movies. Still, it’s exciting knowing that there is big potential for all three of these movies.

For Spider-Man: Homecoming, it’s particularly interesting because it’s the first big budget movie that is going to be created and distributed by two huge competitors, in Disney/Marvel and Sony. If Spidey hits big, it could set a precedent going forward that could be great for the fans. Maybe this is a one-hit wonder, but maybe the studios will be open to sharing their properties if it makes sense for their characters and stories. There are rumors that Fox wants to reboot the X-Men franchise, so you never know what could happen if Spider-Man kills the box office next summer. I don’t know if I would count on it, but it’s fun to dream.

Speaking of dreaming, I don’t think anyone in their right mind would say that this new iteration of Planet of the Apes would be as great as it when Rise came out a few years ago. However, War is as good as we hope based off of this trailer, this new trilogy of Apes would go down as one of the best trilogies we’ve seen in the last 20-30 years. Lord of the Rings, The Dark Knight, Captain America and Jason Bourne have all featured wonderful trilogies in the action and blockbuster world. I would never have guessed after Tim Burton ruined this franchise that we would be saying that Planet of the Apes belongs in that conversation. And honestly, outside Lord of the Rings, this Apes trilogy probably has moved me the most of all those properties. It’s crazy how human and emotional these films are and the great irony is, it’s not the humans I’m connecting with when I watch them.

There were a few other trailer we wanted to talk about but didn’t get to, such as Transformers: The Last Night. By now, we all know what we’re getting with that franchise. If you’re going to go all out though, just embrace the absurdity and run with it. Why not feature Nazi’s and medieval knights in a Transformers movie? Just go for it! Additionally, we wanted to talk about The Mummy, The Circle and Baywatch but ran out of time. Perhaps we’ll get to those in the future.

At any rate, we saw a lot of trailers last week. What did you think of any of them?