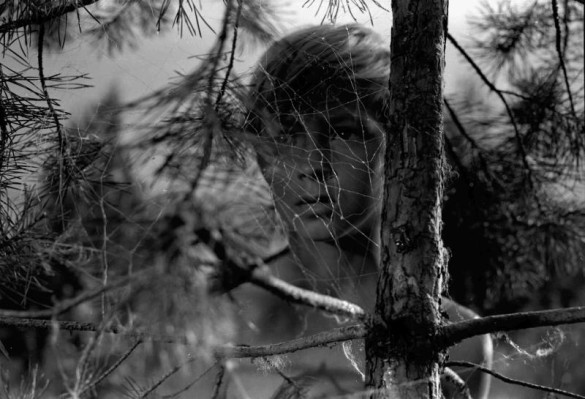 Towards the end of summer is the next major international film festival that also tingles our Oscar sensibilities, the Venice International Film Festival. It started in 1932 from the idea of three men in Italy’s film industry, which was prospering under Fascist Italy’s demand for features. The post-war Venice Festival would be shaky due to the political difficulties in Italy and the rest of Europe but would find its formal footing from 1979 onward. Throughout the years, some of the world’s greatest films, including Oscar-winning films, would make their debut in Italy and shape world cinema. The top prize is the Leone d’Oro, the Golden Lion. Here are some of the best Golden Lion-winning films.

Kurosawa’s masterpiece on murder by many views was originally not listed to be shown in Venice. An Italian Japanese professor named Giuliana Stramigioli had seen it and made the suggestion to show the film, but Rashomon’s studio was reluctant because the film was unusual and not representing Japan’s growing industry. The film wasn’t just a massive success in Venice, but to also western audiences and western directors to when it was released in their own country, even though local critics derided the movie and believed the West liked it because it was just a fancy foreign picture. Rashomon won an Honorary Oscar for Best Foreign Film and the rest is history.

The film actually shared the top prize with the Italian film Family Diary, but this marked the debut of Andrei Tarkovsky, who would go on to make masterpieces in Andrei Rublev, Solaris, Stalker, and The Sacrifice. He was still a student when he came upon the project which was underway before he got the job. It’s a war film through the eyes of a twelve-year-old boy who serves as a reconnaissance fighter after his parents are killed by the Nazis. An emotional carry with brilliant visuals (which Tarkovsky said he wasn’t impressed with himself), it’s among the more darker, straightforward stories about the Russian side in the war told with poetic senses.

Louis Malle’s American gem, also a tied winner with John Cassavetes’ Gloria, would start its own Oscar campaign (5 nominations, including Best Picture and Best Director) with the Golden Lion. Bert Lancaster was an aging gangster who meets with Susan Sarandon as a waitress who wants to work in the middle of Atlantic City’s new (and legal) gambling center. Coincidently, her husband is in the middle of a drug deal with the gangster, but when it goes awry, the gangster has to work with the waitress to complete the deal. Scripted by playwright John Guare (Six Degrees of Separation) and scored by French legend Michel Legrand, the film was set within a derelict city and relics of a glorious past, most of which was demolished right after filming. Seven years later, Malle would win again, this time for his French-speaking Au Revoir Les Enfants.

The Republic of Macedonia still engulfed in the horrific Balkans conflict at the time, brought out Milcho Manchevski’s debut picture of his home country struggling between rival killings and love abridged in the cycle of violence. Cut between the rural country and London, three stories are told between a young monk and a refugee girl on the run and a war photographer and his editor who he’s falling in love. It is a circle of life and the casualties the war brings us to witness a new country and the center of ethnic tensions that were ongoing at the time, and for one character who lives in exile, the disheartening fact his country has fallen into madness.

After directing two Hollywood films and then a controversial erotic film in her native India, director Mira Nair (Vanity Fair, Queen of Katwe) set her romantic drama in the middle of a traditional Hindu wedding where entanglements of various romances complicate matters. Wealth, distance, adultery, and even sexual abuse are all part of the elaborate setup as the threat of rain approaches. The dysfunction of a family is similar to a later play and film, August: Osage County, but is more radiant and warm, something that attracted many American viewers and becoming a box-office success. There’s a lot to see and hear, but Nair is able to give every storyline it’s time to unfold into the celebrations of love.

Ang Lee won twice in three years. The first film is his most acclaimed, creating one of the greatest – if not, the greatest – LGBT-themed film in American cinema with two powerhouse performances in the late Heath Ledger and Jake Gyllenhall. Crash upsetting them for Best Picture is a Top 3 Oscar crime that they should be ashamed of. Yet, it does not take away the melancholiness of a taboo love in a machismo setting that hits hard to people, gay or straight. With his second win, Lee went back to his native Taiwan and an erotic thriller about a group of college students who decide to kill a collaborator in Japan-occupied China during the Second World War. One of the students, a highly attractive young woman, becomes a Mata Hari, a seductive spy willing to play romantic liaison. It was also an NC-17 film because of the strong sex scenes and Lee dealing with multiple sensors, refused to make any cuts to it.

Other major winners include The Battle of Algiers (1966), Short Cuts (1993), The Wrestler (2008), and the Best Picture of 2017, The Shape of Water. It has also recently debuted major Oscar winners including Birdman (2014), La La Land (2016), and Roma (2018), also a Golden Lion winner. But it has become a must-see festival which thrives on its allure equal to Cannes in debuting plenty of works deep into the philosophical, visual, and emotional depth all corners of the world have to bring.