Movie Review: ‘The Farewell’ will have you (love!) the way they lie 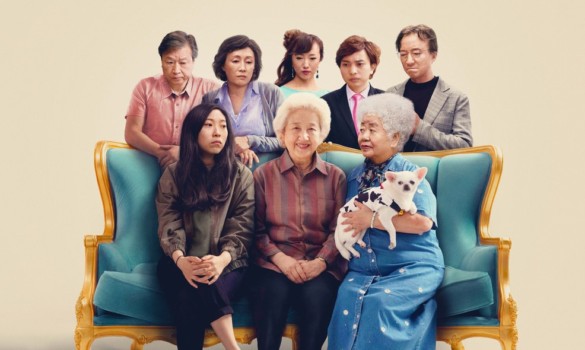 Synopsis: A Chinese family discovers their grandmother has only a short while left to live and decide to keep her in the dark, scheduling a wedding to gather before she dies.

Outside of “truth or dare,” truth is a scary thing. Maybe that would explain why a robot that has one of the more uneasy — yet accurate — observations about humans, which goes, “Absolute honesty isn’t always the most diplomatic nor the safest form of communication with emotional beings.” So much for us being preachers of “keeping it 100,” it seems…

And right from the start The Farewell presents a scenario that is short on honesty. In that one phone call between Billi (Awkwafina) in New York and her grandmother (Zhao Shuzhen) — or Nai Nai — in Changchun, China, untruths are detected, but all are meant to harm none, to land-then-leave, to not clamp anybody’s momentum. It’s a minor nugget on the surface, but to this writer it’s also director-writer Lulu Wang tapping on the shoulder and referencing the parents’ lesson of “maintaining harmony,” which by high-school years evolves into “be a guardian of collectivism, every way and every day.” One more uneasy — yet accurate — observation for the collection.

But it’s also a whisk that causes the tale to stir. By the time The Farewell cues the “actual lie” — a forthcoming wedding between Billi’s cousin, Hao Hao (Chen Han), and his Japanese girlfriend Aiko (Aoi Mizuhara) is actually a reunion to see Nai Nai before benign shadows claim her — it generates emotional devastation in a flash. Or any complex feeling, really, since for every smile you crack upon seeing Nai Nai (naturally) directing the elements around her ducklings like she always has there is always the bitter pinch reminding that her immunity from the ailment will expire to follow. Such is the film’s Big Conflict™, and it only stops once the conclusion arrives. For it to have that longevity is a testament to Wang’s incredible sensitivity behind the camera and, considering its effect is never diminished, her total placement of the heart into the structuring. It’s the latter that allows The Farewell’s deception-can-be-therapeutic thread to affect (something Mr. Holmes does intermittently) and lets viewers really form a deep bridge from them and Billi. If the conditions align, they can be Billi, even.

Either way, there’s no denying that Awkwafina’s ability to stun is at its optimal level here, capable of surprising in the moment and in the bigger picture attaining her a spot among other big-humor comedians with outstanding turns to drama (think Steve Carrell in Foxcatcher, Jim Carrey in Eternal Sunshine or Melissa McCarthy in Can You Ever Forgive Me?). It’s a performance that thoroughly realizes the character, one who has her own (subsconscious-based) benign shadows to wrestle with and, in Nai Nai’s presence, to suppress. They are all especially relatable for someone whose roots are there but life is here, whose position in the family hierarchy is at the base, whose daily drive is still powered by “truth conquers all” or all of the above. It’d be wise to have a hanky handy at the big moment when Billi grows exhausted of the facade and seeks the chance to witness — as opposed to hear about — loss; the pain in Awkwafina’s voice is so cutting that not only it bulldozes the treasured harmony but also the gates to our tear reservoir. Though not the dominant emotion, Billi’s bursts of happiness — most of which are shared with Nai Nai — are played out with equal sincerity, and as a result just as impactful.

In these moments, however, do we get to meet Awkwafina’s “rival” that is Shuzhen, who in her Hollywood debut fuses the screen with so much warmth it’s outright dazzling. It would be interesting to confirm whether Nai Nai knows more about the lie then she lets on (note: my grandmother would — her sharpness is astounding) in subsequent watches, but no investigation will be needed to see if Shuzhen has enough force to sweep come awards season (read: yes she does). Something also of note is how Wang’s direction, together with d.p. Anna Franquesa Solano’s framing, will also depict Nai Nai as the scene’s liveliest factor, like the hospital’s painting or the baby bathroom poster, that feeds — to Billi’s family and viewers — both the need to see the lie succeed and the guilt from wanting it.

With swelling performances from its two leads and incredible sensitivity in the direction that captures the narrative’s intricacies, especially (and rightfully) that of the emotion, The Farewell is a refreshing standout. In a time where the Big™ inhales the Small™, here’s a film that refuses to be so — financially, culturally and narratively — and becomes a HAH! that turns heads. It also presents us with the struggle to find a more human and fulfilling story in 2019.