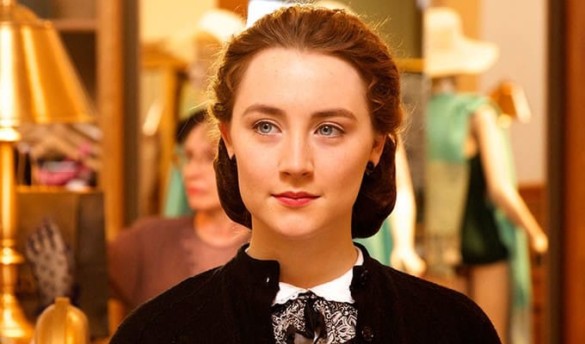 Ireland, or Éire in the old Irish language, has been a fascinating land for its recent turbulent history and long-standing culture. Many of our ancestors come from the island, escaping from religious persecution, famine, and just total depression from a country that did not modernize itself until the 1960s. There are people and things we associate with the country, and strictly with the Republic side, not the North (which has its own issues) thanks to the literature and culture the country has made itself into. A lot of exporting their talent and scenery, but not enough domestic filmmaking, even though they’ve had modest success. Part of it comes from their lack of industry and cultural export stagnation for the first sixty years of their independence, yet Hollywood and Britain took advantage of the scenery for productions.

The first film ever shot in Ireland was years before their independence, The Lad from Old Ireland. The silent one-reel from director Sidney Olcott was made in 1910 as the first Hollywood production done outside the United States. Olcott would return the next year to shoot more movies and wanted to build a production studio, but the First World War kept him out of the country. Native directors did make their own movies, but independently and with no studio use. Author James Joyce opened the first cinema in the country in 1909 as the Volta, and the Ambassador Cinema became a full-time cinema the following year, becoming Dublin’s longest-running movie theater until it closed in 1999.

For the first half of the 20th century, American films dominated the market, partly because of Ireland’s audiences’ preference for American films, as well as the strict censorship influence by the Catholic Church. In 1951, director John Ford honored his family ancestry by shooting in Ireland The Quiet Man with his go-to actor John Wayne as a former boxer who wants to buy his family’s old farm, falls in love with a local girl, but has to deal with traditional Irish customs that get in the way. It was the first time a film shot on location in Ireland was fully presented after the Second World War, something so risky that John Ford could only get the movie made with the small Republican Pictures. Thanks to its success, including Ford’s fourth Best Director win, the areas where the film was shot have become tourist attractions.

The Establishment Of The IFB

In 1958, the first (and only) purpose-built studio in the Republic of Ireland, Ardmore Studios, opened for business. Not surprisingly, it was part-funded by American businesses. For British and other international productions, it became a great place to shoot because of the economic incentives and location advantages, having noted films shoot in Ardmore such as The Spy Who Came In From The Cold, The Great Train Robbery, and Excalibur. The Film Act of 1970 laid the foundation for future investment in the film industry, keeping in local writers and directors to work from home, a state-supporting plan that was not found in other countries.

A decade later, The Irish Film Board (IFB), as it was first called, was established to formally provide funds for Irish directors and writers. It lasted only from 1980 to 1987, meaning that other films had to receive external funding after it was shut down. Three Irish-based movies that did so with critical and commercial success, such as My Left Foot, The Commitments, and The Crying Game, providing enough support for its reestablishment in 1993. In the first fifteen years, the underdeveloped talent blossomed with worldwide acclaimed films such as Bloody Sunday, The Magdelene Sisters, Palme d’Or winner The Wind That Shakes The Barley, the musical-romantic Once, and the Oscar-nominated animated The Secret of Kells.

In 2018, the name was changed to Fís Éireann/Screen Ireland (FÉ/SI) to reflect the change in the medium as no longer just film. FÉ/SI is responsible for the development, production, and distribution of movies, documentaries, short films, TV animation, and TV drama works. Irish productions have grown thanks to the government’s tax law for all international productions, creating a fresh base of working crews that have worked on TV shows such as The Tudors, Penny Dreadful, and Vikings. In more recent years, Irish-related works such as Room, Brooklyn, and The Killing of A Sacred Deer have been put forward for international recognition. The FÉ/SI are estimated to have an annual budget of €15 million, and while homegrown works are lacking, partly because major talent has gone abroad, it remains a much-valued place for work in somewhere not named London.