Featured: The Best Sports Movies and Shows in 2022 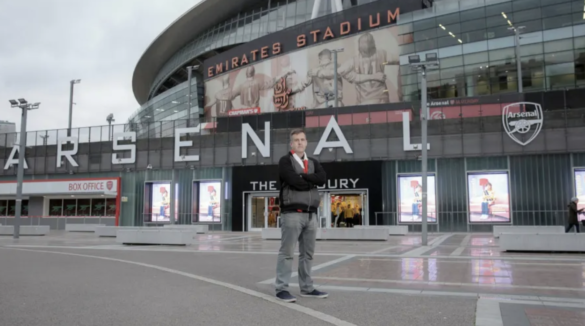 Sports have always been perfect for film. The competition around them makes the perfect set-piece for conflict. Films like King Richard, which provides a fictionalized take on the father behind tennis superstars Serena and Venus Williams, are there to provide these dramatic stories, but many fans are eager to get the real story behind the sports personalities they follow so closely. Fortunately, there are plenty of documentaries about to hit our screens that celebrate these larger-than-life figures in sports.

For many sports stars, the truth really is stranger than fiction, so many filmmakers are turning to documentary-style films to bring their stories to audiences. Movies like Senna, which told the story of the Brazilian Formula One driver who died in the 1994 San Marino Grand Prix at the age of 34, give us all the passion and the drama of the competition while letting the athletes tell the story themselves.

Audiences love these authentic takes on the sometimes mythical figures within sports, which explains why there are so many great documentaries lined up for release later this year. So, here are our picks for the best sports documentaries to catch in 2022.

Neymar is widely regarded as one of the best soccer players in the world, so it is no surprise that a documentary is coming out that will chronicle his rise up the ranks to become the highest-paid athlete in the sport. But the Brazilian-born soccer star’s story has often been larger-than-life. From his appearance as himself in the 2017 action film XXX: Return of Xander Cage to allegations of both receiving and making racist comments on the pitch, Neymar’s story is one that is nearly as compelling as his soccer career. The documentary, which was released in January 2022, captures all this and includes footage of stars like David Beckham and Lionel Messi to give context to how Neymar has dominated the soccer world for the past several years.

Winning Time: The Rise of the Lakers Dynasty

While this might not be a traditional documentary-style series, there is a lot of great historical research done for Winning Time. Everything, from the dramatic rivalry between Magic Johnson’s Lakers and Larry Bird’s Celtics to the conflict that occurred in the LA locker room at the time, is captured from accounts of people that were there. The show chronicles the rise of the 80s era Lakers, who rose to become one of the most dominant teams of the era thanks to Johnson and Kareem Abdul-Jabbar Hall of Fame careers. And it comes out at an opportune time for the current team; the Lakers are well behind their rivals in the latest Coral sports odds for both the NBA title and the Western Conference, so perhaps the current team could do with reminding what a dynasty looks like. The 80s were certainly not short on big characters for the Lakers, with some of the most memorable athletes of all time filling out their roster and making Winning Time’s first season an absolute must-watch for fans of both the classic team and the current roster.

Super Greed: The Fight for Football

If you’re a soccer fan, one of the biggest stories of 2021 was the brief creation of a proposed European Super League. This collection of some of the biggest and most profitable soccer clubs in Europe proposed to break away from the established leagues. The notion was short-lived, however, as allegations of corruption and greed collapsed the project within 48 hours of its announcement. Super Greed tells the story behind this new league, from the backroom deals and secret talks that launched it to the scrutiny and backlash that eventually brought it to a grinding halt. This is an absolute must-watch for fans who want the inside scoop of one of the most dramatic sports stories of last year.