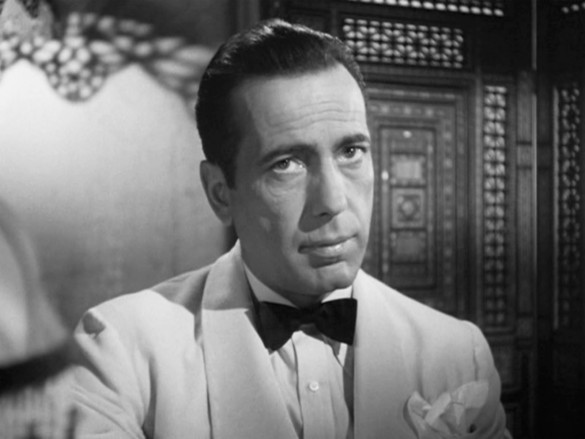 Hello, my name is Ryan McQuade and I am honored to announce that I will be a new voice within the already great team that is here at InSession Film. Before I tell you about myself, I must start this article by thanking JD Duran for allowing me to become part of his amazing staff that puts out amazing content daily. With his leadership, I promise to live up to his trust he has bestowed upon me and give this site fantastic content that will make you, the reader, very happy (even if you don’t agree with my take on the film being reviewed).

Born, raised, and still currently living in San Antonio, TX, movies have always been my place to escape, to see the world, and to understand life around me. I have been a follower of films my entire life, and instead of giving you my life story, I decided to do something different in introducing myself. For the first time in my life, I will be letting the world know what my Top 10 Films of All Time are. I know what you are thinking, “Another list of Top 10 films from someone we don’t even know,” and that’s exactly why I’m doing this, tis a great ice breaker if it were. And yes, I have never written this list publicly and it could change with time, but all these films have a story or a place in my heart that make them great beyond what is on the screen so I don’t see them changing anytime soon. So with that, here are my Top Ten Movies of all time:

Singing in the Rain: While arguably the greatest movie musical of all time, it was also one of the first films I could ever remember seeing. I remember seeing Gene Kelly, Debbie Reynold and Donald O’Connor for the first time in those rain coats, singing as the opening credits rolled onto the screen, and I smiled the whole time through. While my father showed me more westerns and action movies, it was my mother who got me into musicals and boy was I stubborn about seeing it. But once I got over myself, she put on the film and Gene Kelly did the rest, showing me that all you needed to do to clear your stresses or show jubilation was to grab an umbrella and start singing about the stormy weather. I saw the film recently on TCM, and was hooked from those same opening credit that I remember from my childhood. Without Singing in the Rain (and my mother’s persistence), I would never have seen this classic and it wouldn’t have opened my eyes to other genres, broadening my film pallet for just about everything I see today.

Casablanca: Another film showed to me at a young age, also my first black and white film ever showed to me. This film showed me what the power of words could do when you craftily put them together in a perfect package of drama, romance, comedy and action. I watched this movie all the time late nights during the summer when I was with my grandparents to the point where I knew every line by heart before the scene would even play. Watching Humphrey Bogart on that tiny twenty-six-inch TV at the height of his suaveness with Ingrid Bergman giving him a run for his money at every scene puts me on the edge of my seat every time I see it to this day. This film was also one of the first best picture winners I ever saw, and really was the driving force in me becoming so interested in the Oscars and the Oscar season.

The Empire Strikes Back: No other franchise in my life, or in many people’s lives, has come to close to being at important at Star Wars. And while everyone has their favorite, mine is Empire. Takes the franchise to places that are groundbreaking, even for its time. It’s the one Star Wars film that is truly the gold standard in my book, with peak Vader, and the greatest twist in film history. And before you send your mail, yes I really liked The Last Jedi too. Send your hate Fanboys, I feed on it folks.

The Godfather: Honestly no list is complete without one of Francis Ford Coppola’s Godfather masterpieces, but for me, I always liked part one more than part two. This movie always reminds me of my father, and being that it is a film about father and his sons, it’s no wonder I’ve seen it so many times with him. Its words, characters and scenes have been tattooed in my brain since childhood. As I get older, one scene sticks out the most, where Don Corleone and Michael are talking to one another in the back yard. The scene is about one man wanting his son to know that he did everything he could to make sure his life didn’t end up the way it did, and the son wanting his father to know that he can handle it and not to worry because his life is in his own hands now. It’s within that scene Coppola captures the true relationship of a father and son, one that I have had with my father since the day I was born.

Goodfellas: There are many directors that have changed my life but Martin Scorsese is the number one. From the streets of New York to the boxing ring to the other side of the world, Scorsese has shaped my film awakening from the time I saw this gem of a film, centered around a young kid wanting to live his dream of becoming a gangster. While I defiantly didn’t want to become a gangster, I always wanted to write about film, and now I’m able to live out that dream. Also, a lot of people say you have to choose between either The Godfather or Goodfellas, and I always say, why not both?

Howl’s Moving Castle: My fiancé and I have been together for many years, and over those years we, like you do in relationships, exchange things that we love that we hope the other loves to. She’s the one that got me into watching Hayao Miyazaki films and while there might be better films within his catalog, Howl’s was my first and my favorite. As beautiful of an animated film as you will find, you owe yourself to know who this man is and how important he is to cinema.

Kill Bill Vol 1 & 2: Quentin Tarantino is like Scorsese, a director that has taken me on countless journeys with amazing characters and dialogue throughout my life. While most will take Pulp Fiction, and rightfully so because it’s amazing, I decided to go with Kill Bill, which I consider useless without the other and consider this one long film, as QT would have wanted. Both we some of the first R rated films I saw in the movie theater, and some of the most badass films you will ever come across. Taking a page of old Japanese cinema meets Sergio Leone western, this story of a vengeful bride is one only Tarantino could have made come to life, a story that is complete and never needs a Vol 3….NEVER.

There Will Be Blood: Speaking of epics, this Paul Thomas Anderson film is the great American film of the twenty first century and the best performance I have ever seen by an actor, given by Daniel Day Lewis. This story of greed, selfishness is as perfect of film as there has been within the first 18 years of this century and has an ending that is as deliciously hilarious as it is shocking. With beautiful cinematography, a bash of Robert Altman, and a bonkers score by Jonny Greenwood, PTA created something so great, I don’t think we can talk about it enough to appreciate it. If you ever read be on twitter or most other places, there is a good chance I’m talking about PTA, with an even better chance of be talking about this film.

The Dark Knight: The movie of my generation and the film that defines the movie going landscape of today. Christopher Nolan truly made his name with this, and brought us a haunting performance by Heath Ledger. Superhero films have taken over our film culture and have become formulaic but it’s hard to forget that this one was/is a revelation. I saw it 5 times in the theater, and before seeing out films, snuck in to other theaters playing it to just catch a scene or two. This film changed what it means to be a superhero film, less about suits and capes and more about humans, the society they live in, and the choices we make to make sure that we are safe in the long run.

Mad Max Fury Road: And finally, the most recent film on my list is also a film that gives me a glimmer of hope for the future of not just blockbuster filmmaking, but film in general. Ever since I first say Miller’s insane multi-year vision put onto screen, I have unfairly judged most films, seeing if they have come close to what I experienced when I saw this film and they haven’t. I don’t believe we will ever see something like this again, but I hope I’m wrong. I hope either Miller gives us another Mad Max or a studio is able to give another director a chance at making their extraordinary vision come true.