Featured: ‘Peppermint’ and ‘The Predator’ are great examples of what’s still wrong with Hollywood 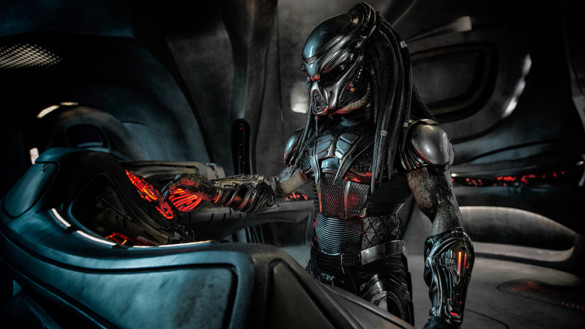 How do we live in a world where movies like Predator and Peppermint are green lit?

Hollywood should be dedicating their time to promoting projects which celebrate our diverse world rather than pushing releases which perpetuate hurtful stereotypes. Instead of celebrating the strength of the female characters we’ve seen in 2018, we are forced to endure poorly written attempts and capturing previously found glory. If you enjoy stereotypes and trope ridden moments are what make you smile then look no further than these two films.

For example, in Predator, Director Shane Black cast Olivia Munn as Dr. Casey Bracket in what appears to be an attempt by Black to show a woman in an empowering role. It doesn’t take very long for audiences to see that she was cast to be the object of ridicule and nothing more. When Munn’s character isn’t being portrayed as the butt of the joke, she’s flaunted on screen in the most provocative way possible. There is a sequence in the film where Munn’s character is trying to escape the predator’s onslaught and gets caught in a decontamination unit and rather than have her sprint right through it; they have had her strip down which leads to the monster just walking by. What exactly does having her character strip serve towards advancing the plot? If this is supposed to be an action movie then why not have her kick the Predator’s ass? Was this just a misstep or precisely what Black had intended?

Then there is how they handle Rory.

Pretty early on in the film, they make it abundantly clear that he has ASD (Autism Spectrum Disorder)  but rather than have some level of authenticity to the role, Black opted to “Hollywood” the neurological condition. So instead of having an example for kids to potentially look up to who have ASD, The Predator creates this false idea about the condition. We even find out that The Predator is interested in harvesting Rory (the boy with ASD) as he might be the next step in evolution (eye roll). Mix in a 1/4 of the movie rife with one-liners aimed at making light of the band of heroes who have some psychological issues and that we have a film that spends a great deal of time making fun of people with neurological and psychological problems. Is this the type of narratives we want to see coming out of Hollywood? If the idea was to create an action film intended to be an homage to the original Predator, then I’m all for it. However, if in our quest to recapture nostalgia we’ve decided it’s okay to demean women and make light of issues which are serious then count me out!

One positive that I can say about The Predator is at least they didn’t perpetuate any racial stereotypes like director Pierre Morel’s Peppermint.

Morel’s latest project constructs its storyline around these gross concepts and perpetuates a reality which is far-fetched at best. In Peppermint, 98% of the Hispanic characters are in some way associated with some form of crime. To make matters worse, every single female Hispanic character was either scantily clad or serving their man drinks (some with evidence of being beaten). What message does this send? Is this reflective of our world?

To make matters worse, he ends up casting Indian and Korean families as shop owners as shop owners. Did Morel feel that they weren’t capable of anything else? While there’s certainly a need to suspend disbelief when seeing these pictures, at what point do you try to do some semblance of the right thing?

Hear our review of The Predator on Episode 291: