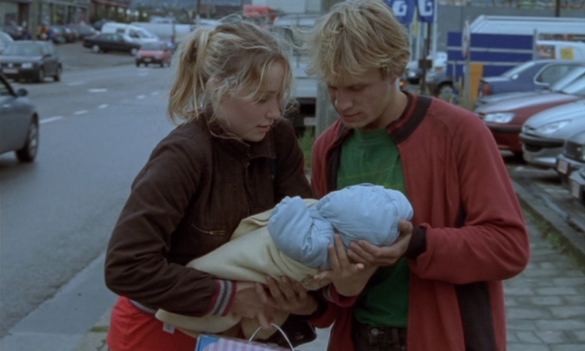 I recently completed 200 movies through the Criterion Channel, which seems ridiculous considering that it hasn’t been a full year since the site started up. But when you have that much free time on your hands, watching one every day and sometimes two in one day (I’ve had a couple of quadruple showing days) happens and you explore some more. For this edition, there were a few more Criterion edition releases that caught my attention, as well as certain themes that come up. Here are the few necessary to take a close look at.

William Wyler directed the likes of Joel McCrea, Sylvia Sidney, and a young Humphrey Bogart in this crime story within the New York slums by the Queensboro Bridge. It sits across an area where the wealthy live, contrasting the major gap of classes (Elizabeth Warren, anyone?) after the Great Depression. A gang of kids who live on the streets sees two different ways in front: the gangster life, played by Bogart, and the clean life, played by McCrea, who is educated but struggles to make ends meet. The universal theme is survival by any means. Dead End is exactly that for those who grow up in those parts at that time.

Among a trio of Michael Caine films available, the original version of this crime caper is very different from the remake done in 2003. This version is comical, where the protagonist, Charlie, is charming and charismatic enough to gather his crew of various talents and take them into a daring robbery in the city of Turin, underneath the noses of the Mafia. He gets the support from a jailed mob leader, played by Noel Coward, and proceeds with his daring plan, which includes some sweet vehicles and a creative car chase to the mountains, where an unexpected moment, in the end, leaves it all on a cliffhanger – literally. It’s a lot better than the Mark Wahlberg-Charlize Theron version and gives us the funny put off after a test goes wrong, “You’re only supposed to blow the bloody doors off!”

This was George Lucas’ debut thanks to his collaboration with Francis Ford Coppola’s company, American Zoetrope. It is a fascinating sci-fi thriller where people are given numbers as names, fed drugs to be kept under control, and sexual intercourse is illegal. The titular character (Robert Duvall) takes the drugs of his female roommate, opening his mind to the feelings that are banned and causing problems towards the authoritarian government. You can see the foundations of Lucas’ mind when he made his Star Wars soap opera several years later and where Lucas’ genius lies in opening up the sci-fi genre into a narrative art form, which Kubrick’s 2001: A Space Odyssey didn’t do.

Played by the brilliant Robert Mitchum, the titular character is a felon about to be sentenced for armed robbery, but is given the chance to be an informant on the criminal gang he works for in Boston. As he continues to take part in the gang’s robbery spree, Coyle has to weigh the loyalties of his only friends and the possibility of getting no jail time for being a snitch. Based on the novel by George V. Higgins, it’s a noir deep in the Boston’s underworld once controlled by the likes of James “Whitey” Bulger of how gangsters operate and how law enforcement use the small-time crooks to try and nab the big fishes that always getaway (just like Bulger in real life). A few years later, director Peter Yates would direct a more light-hearted movie which earned him an Oscar nomination, Breaking Away.

Literally, “The Child,” this was the second Palme d’Or win for the Dardenne Brothers. A young couple living on welfare and petty theft from the man discovers themselves becoming expecting parents. When the man makes a critical choice regarding the baby’s future, it begins a rocky path to a choice of obligation for the mother. This was Belgium’s entry into the Oscars for Best International Feature, and yet, no Dardenne picture has been nominated with the exception of a Best Actress nod for Marion Coultard in Two Days, One Night.