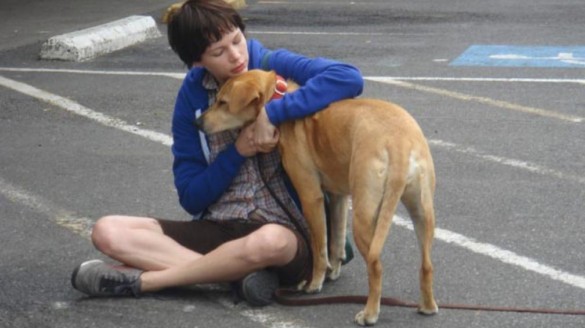 By now, the tide of the COVID-19 virus has swamped the world and the United States and normalcy is still very much distant. With every health scare, this country has dealt with, such a global crisis forcing the world to lock itself, stay away from each other, and find the time to pass on doing something not related to work. Even if I contract the virus (which I won’t because I’m drunk safely in my house), I’d be happy to sit and watch movies, even in the state of misery having this illness. But like Tom Hanks and his wife, we the nation have to remain upbeat and defiant against fear…even if it meant purging our toilet roll supply. I went on as always and, with no sports on TV, I went straight into both Criterion Channel, Netflix, Amazon Prime, and my own Blu-Ray collection to keep myself entertained. Here’s some that I found to be the best I caught:

I had been told a lot about this show. Probably out of lack of things to see, I took a peek at it and was hooked. It’s a wonderful teen sex dramedy about coming of age and going straight into the portal of raging hormones and exploration. Socially awkward 16-year-old Otis (Asa Butterfield, Hugo) attends his school is a village with his best friend, Eric, a gay Black young man from a religious family. Surrounded by jocks, nerds, cliques of popular people, and an old-fashioned headmaster, Otis feels like the last kid there to have had any sexual experience and it’s harder for him thanks to his mother, professional sex therapist, Jean (Gillian Anderson, aka Scully from The X Files).

In its two seasons so far and a third on the way, dive down into those familiar experiences where boys and girls quickly have questions about their anxieties, giving Otis and a social outcast, Maeve, a way to cash in and have their own sex clinic for their classmates. What can go wrong? Well, just about everything and the show doesn’t try to ham it up but lets it out freely. I think many would enjoy it because of its American Pie qualities, but also how smart the show is with the diverse cast and situations that are reflective in the real world in how this generation, those dreadful Millenials, think about sex.

Death Of A Cyclist (1955; Criterion Channel)

For writer/director Juan Antonio Bardem, the uncle of Javier Bardem, being a communist in Francoist Spain became a place to send hidden messages out critiquing the society that favored Franco. A wealthy socialite and a college professor are returning from an affair when they accidentally strike a bicyclist and leave him to die because saving him would mean revealing their scandal. The two are wrapped up in guilt and born of this comes distrust amongst themselves and the elite class they live in, and in Bardem’s leftist world, the wealthy are hypocritical who are out of touch in the real world with Spain’s real problems.

Following the passing of Max von Sydow, Criterion Channel made a list of his movies that can be seen, from his beginnings with Bergman to Wim Wenders’ epic Until The End Of The World. In the backend of his collaboration with Bergman, Sydow and Liv Ullman are a married couple on an island. Johan is a painter and struggles to sleep with constant visions of nightmares from his past that come out to physically attack him. It was Bergman’s only horror film, and while it wasn’t liked by the Swedish press on release, it has gotten a revisit that has made it one of his underrated achievements.

Among the collection of movies through Prime is Warren Beatty’s Oscar-winning 3-hour biopic on American journalist and renegade John Reed (played by Beatty himself), who was a communist and bared witness to the Russian Revolution. Along by focusing on Reed’s activism and account in Russia which results in his book, 10 Days That Shook The World, the film follows his lifelong romance with Louise Bryant (Diane Keaton) as it stands all the way from New York and their interactions with a clique of writers and activists including playwright Eugene O’Neill (Jack Nicholson) and anarchist icon Emma Goldman (Maureen Stapleton, who won the Oscar for Best Supporting Actress). Beatty, who won his Directing Oscar, also gets in front of the camera his witnesses to the love affair, providing a true first-hand account of the importance Reed and Bryant playing in the labor movement in the United States.

With First Cow delayed, I took a second look at Kelly Reichardt’s Wendy And Lucy, a beautiful tale of a woman and her only companion, a dog, as they trek through the Northwest where Wendy is heading to Alaska for work. But they are stranded in Oregon where Wendy has no money, and after being caught shoplifting from a grocery store, she finds Lucy has gone missing. Michelle Williams continued her post-Brokeback Mountain string of stunning performances for a film reminiscent of Vittorio de Seca’s Umberto D. Companionship, money, and shelter is a luxury hard to get.

With the massive success of Portrait Of A Lady On Fire, it was a good time to check out Céline Sciamma’s story of a child’s non-conformity to her gender and the exploration of being a boy among other boys. She is only ten, but from the beginning, she quickly plays the role of her opposite sex without necessarily declaring that she’s/he’s trans. It’s a small film that has the same beautiful qualities as her other previous works like Girlhood, but she has elevated herself to the adults and the exploration of sexuality since. However, this is a wonderful film with similar features to another non-conforming gender film, My Life In Pink.

Americans never heard of this band, of course, but if you grew up in Spain in the late 70s and early 80s, this was their version of Menudo. Five children formed the country’s first boy/girl band, each wearing a different color and each with a different personality that attracted other kids and families to raise their popularity in a country just fresh out of a repressive dictatorship. Just like Queen was playing to stadiums in South America, this band of pre-teens was already playing to thousands in similar venues. (Suck it, Bieber!) But all good things come to an end as the documentary explores their foundings, their rush to fame, and each member’s personal life to where they have gone since the music ended.