Featured: Anticipating ‘The Book of Henry’ and ‘Cars 3’ 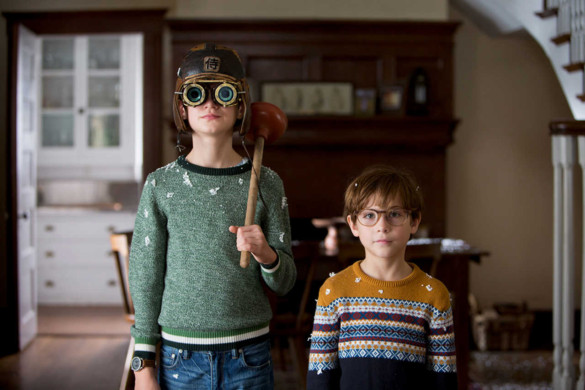 This week on the InSession Film Podcast, we’ll be reviewing Colin Trevorrow’s The Book of Henry, starring Jacob Tremblay and Naomi Watts. Early responses for the film are, well, let’s say mixed at best, however there is much about the film on paper that peeks my curiosity. For example, I’m excited to see Trevorrow back to doing smaller-scale work. Jurassic World was a corporate disaster, but his directorial debut – Safety Not Guaranteed – was an indie gem back in 2012. So I’m itching to see what he can do once again with a modest budget and a story that focuses more on emotion and whimsy. Regardless of Trevorrow’s politics or controversial comments, he’s proven to me that he has talent as a filmmaker, and that’s what I’m interested in seeing in relation to The Book of Henry.

Additionally, and this is perhaps the biggest thing for me, The Book of Henry features Jacob Tremblay and Jaeden Lieberher in significant roles. I still argue that Tremblay’s performance in Room is one of the best child-acting performances in modern cinema. He was remarkable in demonstrating child naivety and energy. And then you have Jaeden Lieberher, who starred in Midnight Special, a film that still holds a tight grip on my heart. The way Lieberher emulated tranquility and innocence among urgency, and how that rubbed up against Michael Shannon’s performance is something I will never forget. Both Lieberher and Tremblay have won me over in pretty big ways, and to see them working together in the same movie is somewhat mind-blowing for me. On top of that, it should be fun to see them working alongside Naomi Watts and Sarah Silverman.

There is also a fundamental human element to The Book of Henry‘s narrative that on paper couples very well with this cast and Trevorrow’s sense of reverberating subtle emotion, as seen in Safety Not Guaranteed. Again, you may not like Trevorrow and his comments about Hollywood, and I sympathize with that sentiment, but in terms of craft I’ve liked his work in the past. Speaking objectively, with biases aside, The Book of Henry does have a lot to offer on paper.

Also coming out this weekend is Pixar’s Cars 3, the sequel that nobody asked for after Cars 2. We will be reviewing Cars 3 on next week’s Extra Film, but in the meantime I am excited to see it his weekend, despite Cars 2 being the worst Pixar film to date. The trailers for Cars 3 look to be fixing some of the narrative problems that suffocated Cars 2, namely staging Mater (Larry the Cable Guy) in a some isolated location, which hopefully keeps that character limited. The story overall seems to be melding well with Pixar’s identity in creating pathos among its fun world building as well. Lighning McQueen will be dealing with a transformation of sorts, that appears to be physical, mental and emotional – something Pixar knows how to do well.

I don’t expect Cars 3 to be great, but it would not surprise me if it’s the best of the three and somewhere in the middle-ground of Pixar’s filmography. Count me in, it looks fun.

What about you? Are you excited for The Book of Henry or Cars 3?

Here’s what else is coming out this weekend:

Rough Night
All Eyez On Me
47 Meters Down (limited)
Score: A Film Music Documentary (limited)