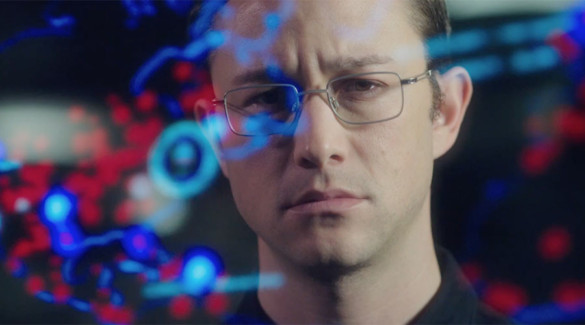 This weekend on Episode 187, we’ll be discussing Oliver Stone’s latest film, Snowden. Stone is no stranger to controversy, so the story of Edward Snowden just made sense for him to tackle. Stone has certainly been polarizing over the year’s but it’s hard to deny his craftsmanship and passion for the stories he is interested in telling. Despite his politics, films like JFK, Born on the Fourth of July, Wall Street and Nixon are compelling interpretations on topics that matter to him. Additionally, other films like Natural Born Killers, Any Given Sunday and The Doors have opened up Stone’s range and give insight into other matters besides politics. Stone, similarly to what I talked about with Clint Eastwood last week, has slipped in recent year’s but overall he’s a prolific filmmaker with a solid resume.

I haven’t read any early reviews for Snowden yet, but the trailers feel very “Oliver Stone” and it looks to be a return to form, of sorts. The cinematography looks reflective of the digital themes this story will explore and the trailers purposefully highlight the controversial angle’s Stone is known for addressing in his films. Overall, based off Snowden‘s marketing, it looks well directed. Additionally, the performances come off as well-committed. Joseph Gordon-Levitt is doing is best impersonation, which could be distracting initially, but Gordon-Levitt is a good actor and will deliver what the character needs. Shailene Woodley is in this film, enough said there. Melissa Leo and Zachary Quinto also provide supporting roles here, two actors I also enjoy.

Does any of that make for a good film? Of course not. As mentioned, Stone’s recent outings have proven to be less than stellar, if you ask me. I liked World Trade Center enough but Stone’s typical presence hasn’t been felt since Any Given Sunday. On paper, Snowden could be the comeback we all want to see but I’m still dubious given Stone’s latest offerings, which have meandered and left too many questions on the table. We’ll see soon enough.

What about you? Are you excited for Snowden?

Here are some other films you can catch at the box office this weekend: