Featured: Anticipating Jordan Peele’s ‘Get Out’ 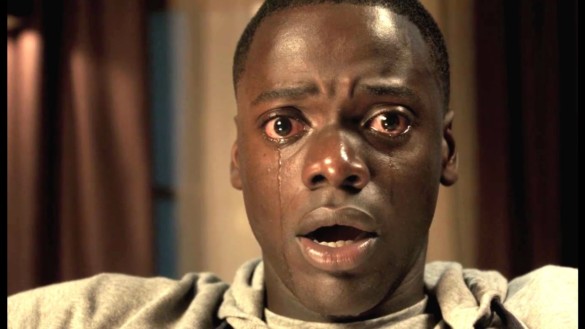 There is a lot of irony in this title for this week’s “Anticipating” post. Anticipating horror films is simply not my thing most of the time. However, just last year, Robert Eggers’ The Witch was not only in my Top 5 most anticipated films of the year, but the film ended up as my #6 film of 2016 overall. So, I am coming around on the genre with this new resurgence that we’ve seen with horror films over the last five years. That’s exactly why I’m genuinely excited for Get Out, coming to theaters this weekend. Simply in terms of horror, the film looks to satisfy on those levels while doing something new in the process in terms of commentary and satire.

And that brings me to my next point. The biggest reason I’m excited for Get Out is Jordan Peele. By now, I think we are all fans of Key & Peele, the show that dominated Comedy Central for years. If you watched that show, you’ll know there were some skits that fell into the “horror” aesthetic and they were hilarious every time. It doesn’t matter what topic those guys tackled, they were able to bring hefty commentary to everything they did, while also providing a robust comedic bite at the same time. There is no doubt that Peele is doing the same thing with Get Out, a horror film that will comment on race relations in our culture at the moment. The fact that his directorial debut is receiving high critical claim is no surprise.

Additionally to that, I’m curious to see more from Daniel Kaluuya, whom I’ve only seen in bit parts here and there the last few years. Based off of the trailers, his performance looks stupendous. Get Out also features Allison Williams, whose most notable work to date was her role as Peter Pan on the NBC Peter Pan Live! TV musical. Personally, I skipped out on that atrocity, but I heard she was good in the role. Either way, I’m hoping for big things from these two actors. It’s always a pleasure to see Catherine Keener and Bradley Whitford as well.

What about you? Are you excited for Get Out?

Here’s what else is coming out in theaters this weekend: