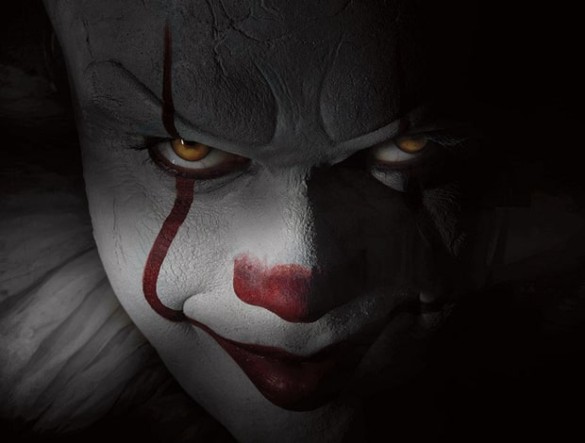 Truth be told, I’m not anticipating It. It may be a cliche, but I’m genuinely terrified of clowns. Perhaps it stems from an incident when I was five that traumatized me, and the general fact that clowns are just creepy and unnerving, but I do not like them in the slightest. So, I had no inclination to see Andy Muschietti’s It, coming to theaters this weekend, especially given the updated aesthetics for Pennywise. No thanks.

But…there’s a problem. It stars Jaeden Lieberher, one of my favorite child actors working today. His work in Midnight Special was fantastic, and while many did not like the film, there are scenes of his in The Book of Henry that devastated me. It also features the captivating Finn Wolfhard, who stole everyone’s hearts in last year’s Stranger Things. Additionally, reviews for the film seem to indicate that there’s a warm coming-of-age story underneath the horror and tragedy. It’s like this film is trying to do everything in its power to speak to me on a personal level, before reminding me that there’s a f***ing clown trying to kill everyone! I’m so torn. On paper, there is a lot for me to grab on here emotionally and I really like this cast. But…as stated above…this film is also going to be major nightmare fuel.

So what do I do? Well I’ve come to the conclusion that I can’t let fear control my life. I’m going to listen to my pal Yoda.

There is a chance that It itself could lead to suffering, but it could also be very satisfying and lead to something more beyond nightmare fuel. I’ve only seen the teaser trailer for this film – and only once at that – but it does seem to have a grounded emotional core that compliments the horror extremes. We’ll see if that plays true or not, but if it does, it will be my saving grace. And it’s in that notion where I genuinely do look forward to seeing It.

I’m also interested in seeing Andy Muschietti’s direction here and how he combines story, aesthetics and tone. I enjoyed Mama for the most part and his hiring made sense to me when they announced that he would be replacing Cary Fukunaga.

What about you? Are you anticipating It?