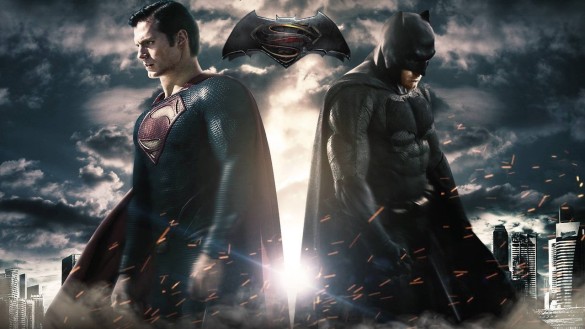 Well it’s finally here. After years of anticipation, Batman vs Superman: Dawn of Justice is hitting screens this weekend. We first heard about BvS all the way back in 2013, which feels like ages ago, at Comic-con where everybody lost their minds when it was announced. Batman and Superman are two of the most iconic characters in American lore and fans have dreamed of this event for ages. I wouldn’t call myself a super fan of either but I do enjoy the Batman universe and what the character represents. The first two Michael Keaton and Christian Bale films are great arguably some of the best films in the superhero genre. The Bale films especially have opened the doors of the genre for gritty and dark material that push the boundaries of what the genre could be. Perhaps Superman hasn’t seen that kind of quality, but that depends on who you ask. There are lots of fans, like our good friend Nate Parsons, who swear by Man of Steel. And those same fans would probably argue for the first two Christopher Reeve Superman films too. Admittedly, those Reeve films aren’t that bad given the time period they came from. Basically what I’m saying is though, both characters go way beyond what we’ve seen on the big screen and it’s exciting thinking about the possibilities BvS could bring for fans of these two characters.

All of that said, the concern for BvS isn’t the possibility of what this film could bring but rather Zack Snyder. Nate may swear by Man of Steel but for me it was my biggest disappointment of the year. And that’s worth noting because BvS is in the same universe, obviously. Now, I understand than MoS is divisive, in fact we had a fun debate over it back in 2013. I didn’t get any enjoyment out of it though, unfortunately. Even Snyder’s visual aesthetics, the thing he’s known for the most, didn’t do it for me. His vision for this universe just doesn’t seem to be in sync and his storytelling skills (which have never been great) seem to be at it’s worst. Again, I know Man of Steel has a lot of fans but it equally has as much non-fans. So for those in my camp, you can understand my dilemma and hesitation going into BvS.

As a director, in general, I like half of Snyder’s filmography. I’m a big fan of Watchmen, 300 and I think Legend of the Guardians: The Owls of Ga’Hoole is incredibly underrated. Nobody talks about that film and maybe I’m alone, but I find Owls to be a solid animated movie with that Snyder visual flair that we love from him. Those three films I’d recommend without hesitation. However, Dawn of the Dead was okay but not my cup of tea and Sucker Punch I can’t defend in any way. And then there’s Man of Steel, which set up the DCEU in horrible fashion (if you ask me). So, Snyder may have lost his touch but it’s clear to me that he has some skill and can make good movies. This is where you can hopefully understand why I’m not totally discounting BvS either.

Where will Batman vs Superman fall on the Snyder fence? Well it’s a good question and it’s even more intriguing when you factor in the reviews for this film from mainstream critics, which aren’t very good. I’m curious if Man of Steel fans will be more lenient on BvS since they’re more invested in this Universe. That’s understandable and perfectly fair. What I hope doesn’t happen, is that MoS haters come in wanting to hate BvS. That is just silly and it’s an exercise that doesn’t bear any fruit. Yes, I’m a big fan of Marvel and have praised what they have done with the MCU and yes I didn’t like MoS, but I couldn’t be rooting for BvS more. I want the DCEU to be just as successful and I’d love nothing more than BvS to prove the critics wrong. It’s hard to fully say and I could see the response for this film being similar to Man of Steel but either way, let’s all just hope for the best and try to have fun this weekend. Ben Affleck looks incredible. Wonder Woman is enticing. Simply, it’s Batman and Superman on the big screen. Together. Shouldn’t that be enough?