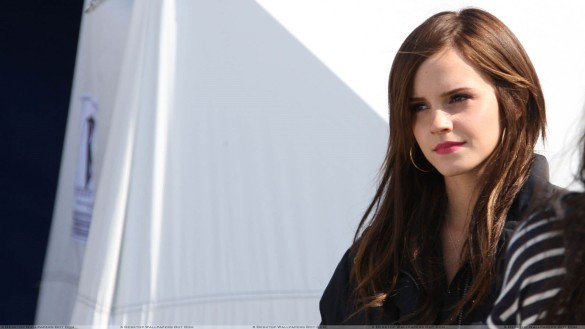 Well while a lot of guys may want to see Emma Watson in 50 Shades of Grey, it’s not going to happen. Watson went to Twitter immediately as the rumors were spilled and refuted the reports.

“Who here actually thinks I would do 50 Shades of Gray as a movie? Like really. For real. In real life,” Tweeted Watson in reference to the role. It seems pretty obvious she doesn’t want any part of it. And you can understand why.

It’s been reported that a group called Anonymous, who is known for online hacking, is to blame for the rumors. And like most site’s like that, it’s not really trustworthy.

The book’s author, E.L. James, event went to Twitter saying, “There have been no casting decisions made about Fifty Shades.”

I’m not even sure how they can turn this into a film, with the subject material being so graphic. But like all rumors, we’ll just have to wait and see. As of now, there really hasn’t been much movement with this.