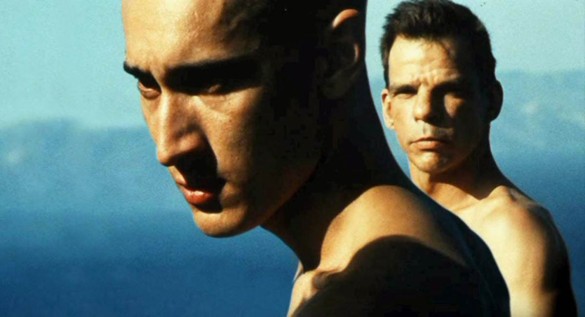 As we enter the Fall, Criterion’s next set of new releases and re-releases are part of the continuing recognition of these visionaries in their achievements. One independent trailblazer has two films getting rechristened in the collection, three directors are getting another of their works added, and the great Martin Scorsese’s pursuit for a more rediscovered, global cinema has another volume for us to see.

Jules Dassin’s two gritty crime dramas are getting the re-releases they deserve, both of them in the U.S. before the Red Scare sent him into France for life. In Brute Force, Burt Landcaster plays a prisoner who seeks to escape the confines of his powder keg setting led by a sadistic warden to be with his wife, ill from cancer. What is a prison film noir features striking political parallels. Dassin, a Jew with left-wing views, saw the convicts as the oppressed people and Jewish Holocaust victims, and the guards as Nazis and greedy capitalists who get the pleasure to see the workers struggle. It is less about why they are there, but about the conditions they live in which make them riled up, ready to uprise (as in the end) against their overlords.

The Naked City is a clean-cut police procedure movie with a realist bent. It was shot on location – the streets of New York City and around landmarks – and made in such a documentary style that it didn’t have the feel for being a movie. And yet, it’s naturalistic cinematography and editing both won an Academy Award. A detective goes on the hunt for the killer of a model, asking witnesses and studying the crime scene intensely to give chase all the way to the Williamsburg Bridge. The narration sets us up as New York City being stripped bare, no more glamour or glitz, but a city with its own dark scenes. The last line summarizes it: “There are eight million stories in the naked city. This has been one of them.”

Based on a true story, Francesco Rosi tells the life of Carlo Levi, an anti-fascist in Mussolini’s Italy who is arrested and exiled in Southern Italy, an area stricken with poverty for the undesirables to live in. During his year-long stay, Levi is taken in with the locals who, aware of how the fascists look down upon them, keep up with their traditions even with the surrounding tragedy. It was a TV film and here it remains in four-parts with Gian Maria Volonte as Levi, learning more than he bargained for and finding some light from his own situation.

David Lynch’s sophomore effort after Eraserhead was his first foray into the studio system with the true story of Joseph Merrick (John Hurt), a man born with major bodily deformities who is first used as a circus freak before befriending a prominent doctor (Anthony Hopkins) that studies Merrick in the hospital to show he is human. Gothic, dark, and Neo-Victorian, it is about humanity and the difficulties both men would face to prove it to a cruel British society. An uncredited producer is Mel Brooks, who felt that people would believe it to be a comedy if his name was attached, so his name was absent. It was the first Oscar nominations Lynch would receive and the film received 8 in total, but would not win any.

This film I’ve been waiting for quite a bit because it is Claire Denis and I have not seen this film. But I am very aware of her breakout, set in Djibouti surrounding two white French Foreign Legion officers who engage in a homoerotic tangle of wits through dance, physicality, and internal admiration. It’s loosely based on the short story and opera Billy Budd by Herman Melville and the music included keeps viewers following what it seems to be a hypnotic style using Djibouti’s natural landscape to stage a gaze of love.

The master also is a leader in the preservation of international films from hidden places around the world, especially third-world countries. A number of them you can find already on the Criterion Channel from the first two volumes. In Volume 3, six more have been brought on board for safekeeping. 1968’s Lucia is set in three different periods of Cuban history through a woman who is always fighting for her own dignity. From Indonesia, 1954’s After The Curfew follows an ex-soldier, already disillusioned from reality after the country’s independence, decides to fight the corrupt state still present at home. 1934’s Dos Monjes is one of Mexico’s early sound films and a mini soap opera, following two men and their love for a woman which becomes tragic.

From 1970, Soleil Ô from the former French colony of Mauritania is a direct attack on racism, following an immigrant who goes to Paris for work. Director Med Hondo had already made the move to Paris where he got constant work as an actor, using his own money to fund his first film that took four years to make. Downpour, from 1972, was a film pre-Iranian New Wave that fell into disrepair and nearly forgotten. The one surviving print was found in the hands of the director, Bahram Bayzai, who is still with us and now lives in California. The last one, a film that could be seen already on the Criterion Channel, is the very brutal Pixote from Hector Babenco, following a group of homeless youths who suffer at the hands of the corrupt law enforcement and breakout in their long struggle to just survive on the streets of Brazil.