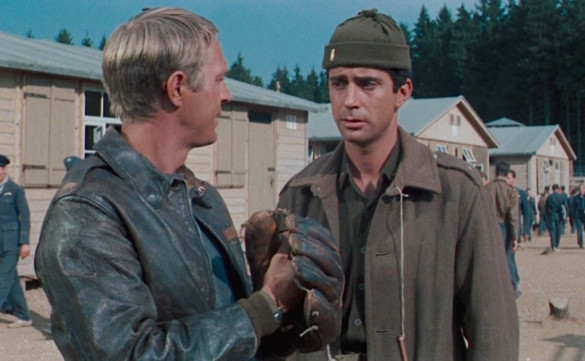 Six new releases featuring nineteen – yes, 19 – features in total are coming out this month for your movie-loving pleasure. From a re-issue of fables to a classic war film to a recent independent release, Criterion has expanded the docket that, once again, captures the intrigue – and wallets – of every cinephile with a massively diverse selection to get from 1940 to 2018, with the first major female director to an actor’s first show in the director’s chair.

Director Dorothy Danzer was the only female in the studio system in the 1930s and 40s, which is why only she could have brought a female sensibility to this behind-the-scene story about two rivals (Maureen O’Hara and Lucille Ball) who compete for the most love from the audience and love from a man they both are attached to. It’s a feminist-affirming movie, something rare at that time, but the film was a critical and commercial flop, and would not get its reevaluation until the 1970s when the Feminist movement began and Danzer, long retired, was living in obscurity. Robert Wise, who would win Oscars directing West Sound Story and The Sound of Music, editing the film, which was then followed by editing Citizen Kane.

Based on a true story about being daring right under the Nazi machine, director John Sturges couldn’t have gotten a better cast. Steve McQueen, James Garner, Richard Attenborough, Charles Bronson, James Coburn, and David McCallum play the soldiers scheming to get out and former German soldiers who survived the war were cast to be the commandants in the camp known as Stalag Luft III. It was a massive success, and although there were some changes to the real story – such as there were no Americans in the real-life jailbreak, Steve McQueen throwing a baseball in his cell and that great motorcycle chase is always a great watch. Also, seeing Leonardo DiCaprio act the lines out in this scene in OUATIH was quite funny.

From his time in NYU to when he was just making it in his career, Martin Scorsese made five short features about home and heritage. The Big Shave, the shortest of the shorts, is probably his most political film as an allegory of what the country was doing to itself in Vietnam. Scorsese co-wrote the first of few collaborations with fellow student Mardik Martin in It’s Not Just You, Murray! Scorsese interviewed his first-generation immigrant parents about the family’s ancestry in Italianamerican and friend Steven Prince, who played Easy Andy in Taxi Driver, about his heroin addiction in American Boy. Finally, there is Scorsese’s first movie ever, What’s A Nice Girl Like You Doing In A Place Like This?

French director Eric Rohmer, a leading founder in Cahiers du Cinema, started making his own films that broke from the New Wave, focusing on a different man who comes across a woman that is more attractive and interesting than their current girlfriend or wife. Rohmer stated that the meaning of moral is, “That physical actions are almost completely absent: everything happens in the head of the narrator… They are films which a particular feeling is analyzed and where even the characters themselves analyze their feelings and are very introspective.” His first two works, The Bakery Girl of Monceau and Suzanne’s Career, are shorts, My Night At Maud’s gave him Oscar nominations for Original Screenplay and International Film, and his last film, Love In The Afternoon, was remade by Chris Rock into I Think I Love My Wife.

John Cassavetes wrote, directed, and starred in this dramedy about three married men each having a midlife crisis when a friend of their dies unexpectedly. Using real-life and improvisation around his own friends, Ben Gazzara and Peter Falk, Cassavetes takes the trio from New York to London and find themselves by completely breaking down their own man feelings of the world for something that always seems missing. Initially panned by critics upon release, it is now seen a radical piece of work that may not hold up in today’s views (some like Pauline Kael were offended by its misogynistic tone) but is still an eye-opener to raw emotions.

Paul Dano made his directorial debut on a script he wrote with his wife, Zoe Kazan, about the sudden breakup of the family nucleus when the father (Jake Gyllenhaal) is suddenly fired and leaves to help with an outgoing crisis, forcing his wife (Carey Mulligan, who was unjustly ignored for her performance) and teenage son (Ed Oxenbould) to find work and take care of the house. A domestic drama about the deconstruction of a marriage and role changes, it’s the performances you get when an actor is behind the camera.