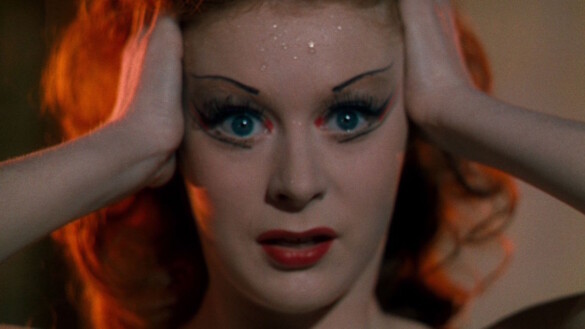 The end of the year is here and I’m sure some of you have used the recent Barnes & Nobles 50% off sale to get some Christmas gifts for others…and yourselves. But there is one last trio of films from Criterion that you can still get to complete the yearly set. One is getting the 4K rerelease treatment while two newcomers enter the collection, both of them being stories of African-American life in separate settings. Also, my own personal trio of films I want for Christmas.

Michael Powell and Emeric Pressburger, also known as The Archers, collaborated on multiple critically acclaimed films, but no film ever topped this sensational backstage drama that is one of cinema’s most gorgeous productions. Moira Shearer plays a rising ballerina whose performance in the ballet of the same name, based on the fairytale by Hans Christen Andersen, grabs the love and attention of its composer (Marius Goring) as well as its producer (Anton Walbrook) vying for her love. Jack Cardiff helmed its perfect Technicolor cinematography and the film did win two Oscars plus was nominated for Best Picture and remains one of the greatest British films ever made.

Gordon Parks wrote, produced, directed, and scored this coming-of-age story set in the 1920s following a Black teen who gets caught in the crossfire of love, friendship, and racism that engulf his family. It is the contrast between one person who goes by their morals while another tries to rebel and survive the normal injustice in the world in a White-controlled society. Historically, Parks became the first Black director to make a Hollywood studio film, in this case, for Warner Brothers, who were satisfied with Parks’ simplistic, smooth production. It’s a sobering, landmark film that introduced to the mainstream the Black-centered genre as its own.

Regina King has been on a roll since her Oscar-winning performance in If Beale Street Could Talk. Not did she go on to star in the TV adaptation of Watchmen, but she went straight to directing her first feature with Kemp Powers adapting his own play about February 25, 1964, when Cassius Clay – later renamed Muhammad Ali – won the heavyweight title age just 21. As the civil rights movement reaches a crescendo, Clay (played by Eli Goree) celebrates his victory in a hotel room alongside football star Jim Brown (Aldis Hodge), singer Sam Cooke (Leslie Odom Jr.), and civil rights leader Malcolm X (Kingsley Ben-Adir). Here, they are discussing where they are as people and what can they do to keep pushing forward, even as their paths differ after this one singular night.