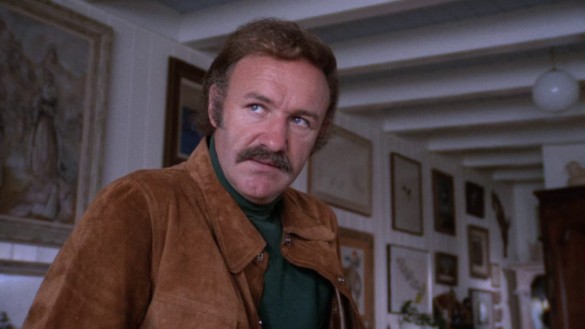 There is something special for a movie fan about finding a “hidden gem.” This term really has no objective definition. You may feel like something is hidden and another person has seen it dozens of times and everyone they know has seen it. This experience is personal but intense. If you can manage to go in blind to a movie and no one you associate with has heard of it or recommended it to you, there is a certain pleasure in knowing you are viewing it in a completely personal way. In this day of constant information, it is a rarity and sometimes saved for movies of a prior generation. And especially if, god help you, you are on “Film Twitter,” good luck avoiding knowing everything about a movie before it is even released. But, if anything, this makes the rare hidden gem even more valuable. The Criterion Channel definitely offers many opportunities for this experience, and one such hidden gem for me is now Night Moves.

Directed by Arthur Penn, Night Moves is just my type of movie. A grimy, neo-noir filled with typically unlikable characters, a mystery to keep you interested, and an ending that solidifies its status as a great movie. Plus, it is all headed by a recognizable lead who isn’t technically a “movie star.” That non-star is none other than Gene Hackman, a film presence and a specific type that is sorely missing in today’s Hollywood. Hackman, as private detective Harry Moseby is the perfect middle ground that was lost in the 1980s through the likes of Arnold and Sly. Hackman is believable whether he is throwing the punch or taking it and showing the actual ill effects. Plus, he can play the grey. Hackman doesn’t have to have a heart of gold for us to root for him, a type he had already perfected in The French Connection and, to a lesser degree, The Conversation.

Night Moves, from director Arthur Penn, follows the previously mentioned Moseby (a former professional football player) on a case to find a missing girl, Delly Grastner (Melanie Griffith) by her aging Hollywood actress mother, Arlene Iverson (Janet Ward). Like any good neo-noir, this is merely the inciting event and the case is much more wildly complicated than it seems at first glance. From a script level, penned by Alan Sharp, Night Moves, is, in my opinion, wildly underrated. Immediately, the writing sets up Moseby as mostly ineffective, both in his personal and private lives. His wife, Ellen (Susan Clark) has been cheating on him. Instead of posing our lead as being above this process, he proceeds to get into a screaming match with her. Additionally, when he confronts the man (Harris Yulin), he does not get into a brawl, but instead practically skulks away, defeated verbally.

But all of this is merely set up to, rather quickly, catching up with Delly who is staying with her stepfather, Tom (John Crawford) and his girlfriend, Paula (Jennifer Warren). The meeting of Moseby and Paula is really where Night Moves begins to pick up steam. The palpable sexual tension between the two makes us forget, for a moment, about his rather simple job. Instead of immediately taking the girl back home to her mother and getting paid, Moseby is drawn into this world separate from reality. But given his lack of romantic prospects on the homefront, all of his decisions make a kind of sense.

After this romantic interlude, filmed through both a lovely and grimy haze, Moseby comes back to earth to return Delly where she supposedly belongs. Quickly, it becomes clear that, for the safety of this girl, Moseby has made a massive error in judgment. This is an age old noir technique, what matters more, the right thing or the choice that gets you paid. Just about every noir hero has to make this choice, but this feels different. Moseby makes the incorrect choice and a relative innocent pays for it. He spends the rest of the film attempting, but mostly failing, to make up for his lack of foresight. We are simply not used to following ineffective protagonists, but because of Hackman’s tremendous performance, we empathize with his lack of knowledge instead of lashing out at him. Hackman is just the right choice for a role this subtle (even through loudness) and we feel for him, even through the closing credits.

I refuse to ruin the ending of Night Moves because it is an all-timer moment. Not to get off on a tangent, but the best endings inform characters, plot, and the audience’s understanding of the world created in the film. This ending does all of this and more. Night Moves is a movie that is not only worth your time, but is one that I see myself returning to on numerous occasions. Our cinema world is less interesting and darker without a presence like Hackman, and Night Moves  is the perfect movie to watch to remember that he is more than just Lex Luthor.

Join us next time for a look at 2046, Wong Kar-wai’s loose sequel to Days of Being Wild and In The Mood For Love!