Criterion Crunch Time: ‘In The Cut’ 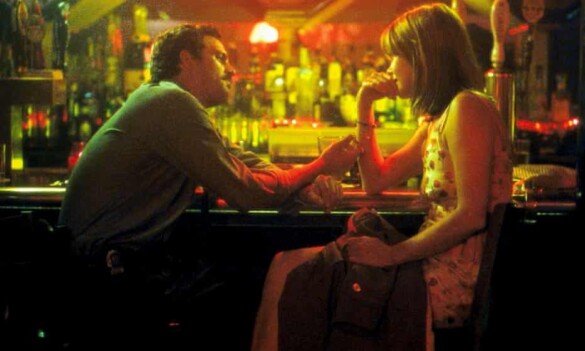 The genre of the sexual thriller has gotten a lot of play in online spaces, and almost never in a positive light. There is a push, specifically from younger audiences, to do away with most (if not all) sex scenes in film. Given the name of the genre, it should not surprise you that these two ideas might be at odds. And even if you are a proponent of this genre, there are issues. Even the greats are usually made by provocateurs, and overwhelmingly by men. This leads to some obvious, and sometimes uncomfortable leering at women on screen as nothing more than sex objects. But maybe some of these problems can be ameliorated by changing the perspective. So, in this edition of Crunch Time, we look at a sexual thriller from a female director and writer, in the form of In The Cut.

Director Jane Campion (also known for The Piano and The Portrait of a Lady) helms the story of Frannie Avery (Meg Ryan), a writer and English professor who begins a sexual relationship with Detective Giovanni Malloy (Mark Ruffalo) who is investigating the murder of a young woman in her neighborhood. It should be no surprise if you know her work, but In The Cut looks absolutely fantastic. Campion is proof that when you put a talented director behind the camera, genre is not a limitation, but rather an advantage. The film always feels like the sexual thriller that it is, without succumbing to scenes that feel unnecessary or exploitative. This is not to say that it is not sexually charged or body focused. It absolutely is and this highlights the importance of power differential and specific angles chosen by Campion and cinematographer Dion Beebe.

In The Cut is a film that has had a bit of a renaissance as time has passed. As someone who missed it upon release, it is easy to see why it was not immediately beloved, for some valid reasons, and some not so valid. In general, American audiences do not respond well to films that talk frankly about female pleasure, especially when focused on men performing oral sex on women. In The Cut talks the talk and walks the walk as far as that goes. Malloy repeatedly offers verbally and then makes good on said offer. After this scene, Frannie even questions him on where he learned to perform this skill so well. In an honestly touching scene, Ruffalo details his previous experience, and this allows us to believe Frannie falling for him, somewhat against her better judgement. Unfortunately, another reason audiences may have not reacted positively is the protagonist herself.

In a movie like this, an actress like Meg Ryan has a lot working against her. She has performed roles outside of her comfort zone here and there, but she never quite shook the romantic comedy America’s sweetheart persona. After all, this was released just after Kate & Leopold and just a few years removed from You’ve Got Mail. Frannie is very different. She is quiet, a bit cold, and sexually demanding. Throughout the entire film, her breathy vocal choice and reserved icy manner just made me feel as if she is doing an impression of Nicole Kidman. Given the Kidman produced this and was a star of Campion’s previous work, it is easy to imagine how much better In The Cut would have been with her in the lead. It is not a bad performance by any stretch of the imagination, but it lacks the realism and grounding that is desperately needed.

Additionally, the script, written by Campion and Susanna Moore (who wrote the book it is based on) is a bit sloppy once you get beyond Ruffalo and Ryan. It feels as if characters are introduced for only two reasons. One cannot have a story about these two without external lives and stressors and in a murder mystery, you need endless red herrings. A truly unhinged ex-boyfriend, John Graham (Kevin Bacon) is memorable, but not for reasons the film hopes for. This is the perfect example of unintentional comedy. When speaking about this character, others say things like “he’s so intense” to cover for the fact that he spends most of the film mugging and screaming. On the other hand, Frannie’s best friend Pauline (Jennifer Jason Leigh) is a lovely addition and creates a needed bond for our protagonist who otherwise would be a complete loner and impossible to connect on a human level. The murder mystery itself, despite the head fakes, is actually well created and clever. As in any movie of this type, some of the fake outs work and some don’t, but the ones that are effective are tremendously jarring and make the wait worth it.

Which frankly, is In The Cut in a nutshell. It is a wildly uneven film, but the high points absolutely make it worthy of our time. There is no genre which is beyond the reach of a great filmmaker. Despite the seemingly puritanical desires of some movie viewers, the sexual thriller not only has a place but is a tremendous weapon in the hands of an auteur. It can put us on edge, flip the script of gender roles and sexuality, and make us question even our own senses. Campion manages this with aplomb and proves herself again to be a director we should always pay attention to regardless of structure, genre, or subject material.