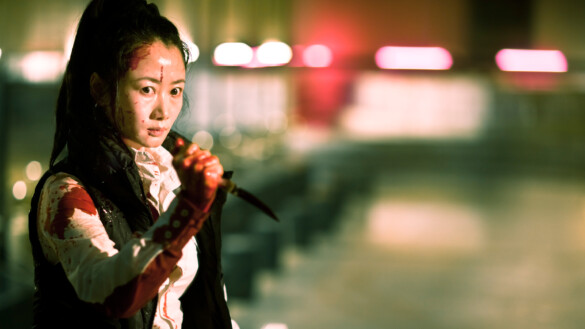 There is no more challenging genre of film for me as a viewer than the anthology film. As someone who is used to standard narratives (even if they are out of order or odd in their own ways), the anthology stands apart. There are, of course, wonderful films that are anthologies. For instance, Jim Jarmusch’s Cigarettes and Coffee is an all-time great. New York Stories, directed by Scorsese, Coppola, and Allen is basically untouchable and really tells, well, New York stories very well. Yet, there can be a disconnect. When you are used to following a centralized character (or two), it can be quite disconcerting when that story ends and we, as an audience, are jerked towards a completely new story. It takes a truly great director and script to accomplish this with little connective tissue (this is why I didn’t mention a film like Pulp Fiction). And leaving the Criterion Channel in just a few days, there is an anthology film in A Touch of Sin, from Jia Zhangke.

A Touch of Sin features four stories that are only connected in the loosest of possible ways. As I sat down to watch it, I did not realize this and that move from the first main story to another was certainly jarring. But with a master behind the camera, that fades pretty much immediately. In addition to being an anthology, A Touch of Sin is oddly almost a travelog film, as well. It takes place in chronological order, which gives it a real sense of movement and forward momentum, which is incredibly important with these jarring shifts. But another sense of movement is the fact that it takes place in different geographical locations across China. This may be more noticeable for Chinese viewers, but likely more important for those of us who are not. Another note that may escape viewers is that each vignette is based (somewhat loosely) on real events in China. A Touch of Sin shows us that our understanding of other countries is quite limited and we adjust our perspective ever so slightly.

It should be noted also that A Touch of Sin is perfectly titled. As with any anthology, there are rough points in the screenplay (also written by Jia Zhangke), but they are punctuated or pushed forward by literal small pieces of sin. The violence in the film is not constant, but it is ever present, lying in wait. When these moments finally happen, they are always shocking, but never seem excessive. There was some concern as the prologue opens with San’er (Wang Boaqiang) being attacked while on his motorcycle, to which he calmly responds by dispatching them with a firearm. Despite this character returning later as a vignette, the violence in the film is fleeting.

Although the possibility of violence constantly looms, A Touch of Sin really seems to be about individuals and our choices in the face of not only threat, but the weight of doom from forces larger than ourselves.

The first story, focusing on Dahai (Jiang Wu), is a remark on on workers’ rights and the yolk that falls upon one man. Dahai is in the right, this is made impeccably clear. But the script also makes it clear that none of that actually matters in the end. Dahai speaks truth to power, and he is punished both physically and socially. After he recovers from his physical injuries, he is mocked by the very people he wanted to assist.

San’er, from the prologue, returns and we are shown that he makes his living by killing people and taking their goods. In a moment that cuts the audience, he tells a loved one essentially that he is unable to live a good life as violence is all he can create. The helplessness and stoicism of that comment hangs in the air painfully. As we follow him further, we know he will incite violence, and there is nothing he or we can do to stop it. There is no catharsis in this act, he simply gives in to where his talent lies.

When we meet Xiaoyu (Zhao Tao), she is doing the right thing in a difficult situation. She tells the man she loves (who happens to be married) to do the right thing and leave his wife, or she will leave him. She is not only punished for her actions, but also sees others arbitrarily punished. She is attacked, in a shocking scene, by this man’s wife and her friends. But after she flees, she witnesses governmental forces attack another worker. Much like her, he is victimized, due to choices not folly made by him. Watching Zhao Tao take all of this in, almost silently, is like watching a master at work. When she lashes out violently, we understand. But again, there is no solace here, as she immediately calls the police and informs on herself, knowing there is no real escape.

Finally, we follow Xiaohui (Luo Lanshan), a normal working man, who is also in love with a woman. This story, based on worker suicides in the early 2010s, is perhaps the most hopeless of all. He accidentally causes an injury to a co-worker and is made to pay for the lost time out of his own check. But this is only the introduction of unfair treatment. Through a tragic series of events, Xiaohui’s relationship falters and he leaves his job. The original man who he injured takes his revenge physically. Rather than deal with this humiliation, he leaps from a height and ends his life. All of this began with zero workers’ rights, just as with Dahai.

Jia Zhangke’s work on A Touch of Sin is an example of an anthology film truly working. Despite the lack of connection between stories, plotwise, the themes run clearly. This is hammered home in the epilogue, in which a performer turns the blame on the crowd. This is Jia Shangke looking directly at us, accusing us of not standing together. The film makes it clear that separately, none of us can stand against these forces, but together there is a slight change. As the opera performer intones, it becomes the lasting message. Do you understand your sin? Do you know what you have done, and how you can come together to atone, for all of us?