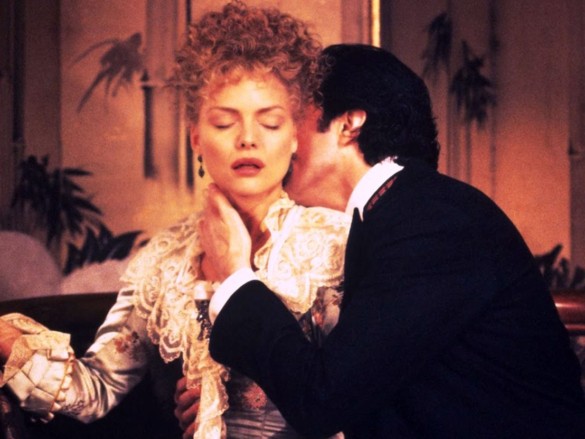 Into our summer, and while there may be some settling of normalcy to be under a mask while going on, there is this hazy feeling in the air about how much the virus can still spread, what can we do more that is safe, and when will we reach our breakthrough for a vaccine/cure. As we still don’t know how the pieces fall, the only thing I can do is watch my TV and not care because I’m safely in my bedroom. (I do care, but if you watch the news, then you get my feeling.) More Criterion Channel! More Netflix! More Amazon Prime! I’m being frugal with my $1,200 check. So, what else did I find during quarantine?

Jerry Seinfeld’s latest standup special starts with him – not a stuntman – jumping off a helicopter into the Hudson River under “Secret Agent Man.” Making it to the Beacon Theatre in time, Seinfeld goes off about the little things he sees that continues to make things complicated, from evolving technology about texting to what is a real relationship to complaining about being so isolated from social media he doesn’t get involved in. Since we are all about the text or the Tweet, Seinfeld says, “Why don’t I just text you the whole thing, save us all an hour?” For a man who just turned 66, his cranky attitude is still fly and fresh.

The Age of Innocence (1993; Criterion Channel)

Martin Scorsese’s unlikely drama made between GoodFellas, Cape Fear, and Casino sets us in late 19th-Century New York with Edith Wharton’s story about upper-class romance and the norms of engagement and marriage that face its barriers. Scorsese’s long-time collaborator, Jay Cocks, presented him the novel as another project aside from the traditional crime drama. Winona Rider received the Oscar nomination for Best Supporting Actress, but to me, it is Miriam Margoyles as the social matriarch of the upper class who steals the show. Daniel Day-Lewis is exquisite as the gentleman Newland Archer while Michelle Pfeiffer, still in her prime years, is as great as any performance she has given so far as the unfairly ostracised Ellen Olenska.

I had read their names before but never looked into them until a collection of their renowned shorts appeared. Stephen and Timothy, identical twins, both got into illustration and moviemaking while at the University of the Arts in Philadelphia before moving to their current base in London where they made their masterful pieces of animation and stop motion, mostly with no dialogue. Street of Crocodiles is probably their best work, adapting a short story and visualizing metaphors to describe the character’s emptiness with a haunting score to fulfill the void. It’s their dark imagery within their works that has led them to be hired for music videos, stage plays, operas, and ballets to make standout sets. These shorts are a great insight into the brothers’ creative genius that Terry Gilliam and Christopher Nolan are fans of, as well as the Academy from this piece in 2006.

Having just finished my article about notable Olympic documentaries (that will be coming soon), I went back into the total collection and came upon this charming piece of the V Winter Olympics in St. Mortiz, Switzerland, the first Games of any kind since the end of World War II. The title expresses a world where we can compete without the nationalism that poisons the competition (which is alive still, unfortunately) and the movie is a quirky comical commentary on the Games from the POV of a reporter but with the annoyance of his wife asking who’s who, what is that, and when is her husband buying that sweater she wants. But to see how the Winter Games was like before, with most events around one venue and the old-style construction of the bobsled track does make it a fascinating piece of history. Originally produced in French, here’s the American dubbed version.

This was a bit of charm to me. 1977 Girl Scouts in Georgia, a collective mix of outcasts who get together, led by the outgoing McKenna Grace, to win a talent competition they have no right to be in. But the Troop Leader, played by Viola Davis, gets everyone together regardless of their flaws to outshine the snooty elite, led by Allison Janney. David Bowie may have been proud of them in their unusual dance to Space Oddity. It’s a comedy with heart and is good-natured written by Lucy Aliber, who co-wrote Beasts Of The Southern Wild.