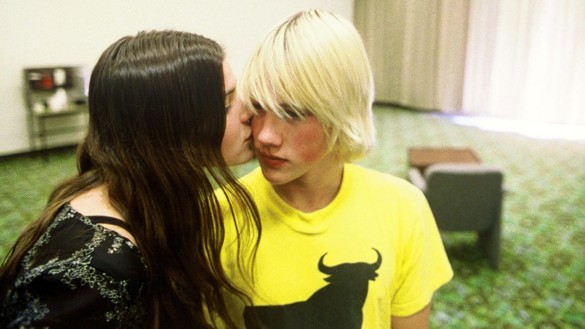 Released in 2003, “Elephant” covers a fictionalized version of the Columbine school massacre through the perspectives of ten students who witness two of their classmates commit a school shooting. The title of the movie comes from the idiom “the elephant in the room”, which refers to an enormous and obvious problem that everyone refuses to address because of how controversial it is. In the years following “Elephant”’s release, many more school shootings would follow, including Virginia Tech in 2007, Sandy Hook Elementary School in 2012, and Marjory Stoneman Douglas and Santa Fe High-Schools in 2018. As someone who graduated from Marjory Stoneman Douglas High-School in 2014, I was curious to see how well “Elephant” would hold up in 2021 after the high number of mass shootings in the United States in recent years.

“Elephant” understands that school shootings are an enormous issue and that no movie can give its viewers closure to the horror and tragedy of these real-life events. There are tens of thousands of victims with vivid real-life connections to these tragedies so it is difficult to make a film that properly reflects on every victim’s unique perspective of a school shooting. There are many personal and valid ways to describe the realities of a school shooting and “Elephant” acknowledges that it is important to always remain open to the experiences of other people affected by gun violence.

Elephant gives a fair and non-biased perspective of its fictional school shooting by showing the shooting from the perspectives of over ten students each involved in the shooting.  This is an important storytelling choice because none of the students are meant to be small background characters to be killed to raise the stakes for the main characters. Every student has something important to contribute because the viewers learn the different personal experiences each of the students get from the same tragic event. Over the course of the film, “Elephant” shows one student driving to school, another student playing football, and another student taking photos of his friends. This slow approach allows viewers to learn what the students’ regular personal lives are like before the horrific shooting starts. “Elephant”’s style of filmmaking asks viewers to always remain receptive to the perspectives of other people and to place themselves in the position that these kids are in.

As a Stoneman Douglas graduate, I was able to easily identify with the kids in “Elephant” because of how normal they are and how much time the movie spends on these kids doing regular things. “Elephant” focuses a lot of time on kids walking around the school, going to class, and meeting with their friends. Scenes of these kids walking around the school take up to three to four minutes each with little to no dialogue. Some people might complain “Elephant” is a boring movie because it spends so much time on something as normal as a kid walking to class. However, real-life school shootings like the one at my high school also took place during normal school days and did not contain any dramatic climax before the shooting started. The lack of epic action before the shooting along with the presence of regular high-school kids makes it easy to see these kids as real people in a real-life tragic situation and not stereotypes used for entertainment.

However, some of the scenes in “Elephant” will likely be perceived differently by people in 2021 than when the movie was first released in 2003. Viewers in 2021 might get confused before the shooting actually starts as to why most of the kids do not seem to care that two of their classmates are walking around school carrying guns. One kid even raises his camera and takes a picture of the shooters. The reason for this is that at the time of Columbine shooting in April 1999, the idea of a school shooting was almost unheard of. There were almost no news reports, no movies, and no tv shows that showed what a school shooting would be like to the American public. Most of the characters in “Elephant” ignore the shooters like an “elephant in the room” because in 1999 no one expects a school shooting or knows how to address it.

In contrast to 2021, the idea of a school shooting is unfortunately very vivid in the minds of the American public due to the massive amount of school shootings that have been publicized all across the news and social media. Most people in 2021 will immediately know that something is wrong as soon as the shooters walk up to the school wearing all Camo clothing and carrying large backpacks. Modern viewers also probably will not get tricked by the little distractions in the movie meant to conceal the appearance of the shooters. One shot in the film tries to distract the viewers by showing a student playing with a cute dog in the foreground while the armed shooters walk towards the school in the background. As a Stoneman Douglas graduate, the distraction did not work on me and I noticed the shooters right away. Modern viewers will also likely get annoyed that most of the adults and kids in the movie are not taking the clear threat of a school shooting seriously. The lack of awareness in the characters is not an inherent flaw in the movie though. It is more just a product of the time that Elephant was released.

The ending of “Elephant” also holds up incredibly well in 2021. Without spoiling the specific plot details, the film ends with a moment of silence for the killed victims. Elephant’s moment of silence does not provide the viewers with any easy answers or closure. Instead, Elephant ends by asking viewers one final time to reflect on the horrible violence that has happened. The silent ending personally reminds me of Emma Gonzalez’s six minutes and twenty seconds moment of silence at the March for Our Lives Protest in Washington DC following the Stoneman Douglas shooting in 2018. The moment of silence is an extremely powerful way to end the movie while still being respectful for the victims of real-life school shootings.

“Elephant” is a great film for high-school and college students pursuing a future in journalism, law, and politics to better understand the issue of school shootings in the United States. Although, “Elephant” can also be an extremely uncomfortable watch for some viewers and should only be seen if viewers are prepared for the difficult subject matter. “Elephant” does not sugar coat any of the realities of school shootings and the ending of the film is chillingly similar to the outcome of many real-life school shootings. “Elephant” is extremely relevant in 2021 and an important movie that future journalists, politicians, and filmmakers should see to understand America in the 21st century.