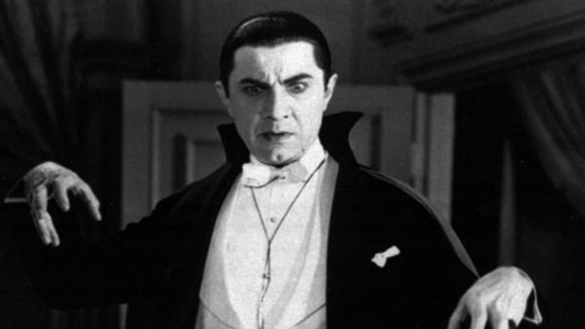 Synopsis: The villainous Count Dracula uses his vampiric powers to terrorize the people of Carfax Abbey and threaten the wellbeing of young Mina Seward.

Tod Browning began his career working in a traveling circus. He gave up the comforts of life as one of the most prominent members of an upper middle class family to throw himself into a career that asked him to simultaneously delight and repel audiences with performances that confounded and scared them. He eventually transitioned into film acting and later began directing in the mid-1910s. His background as a circus performer and wealthy man about town likely influenced the thematic preoccupations that recurred in all of his major works. He made the sort of peculiar, macabre horror films that probably wouldn’t receive funding from major studios in the modern era. When he got his hands on $300,000, he chose to make a film about a vampire that is more concerned with creating an atmosphere than showing you gratuitous violence.

This adaptation of Bram Stoker’s novel became the first sound version of the story and Universal Studios had a lot riding on it. The screenplay took inspiration from Hamilton Deane’s play and sculpted a complicated tale into a fast paced romp that could be squeezed into an 85-minute running time. The script ensures that we are quickly introduced to Renfield (Dwight Frye), a young solicitor who is desperate to sell a house to the fabled Count Dracula (Bela Lugosi). He ignores the warnings that he has received and chooses to visit Dracula on his own. He is unaware of the fact that he is a vampire and is initially charmed by the Count. When Dracula pounces on him and converts him into a slave. Dracula and Renfield travel to Carfax Abbey and the former decides to seduce Mina Seward (Helen Chandler). It becomes more difficult for him to win her over when her friends and family members become suspicious about his origins. He begins drinking Seward’s blood and Professor Abraham Van Helsing (Edward Van Sloan) is brought in to investigate the crimes that Dracula has committed.

The story still retains its ability to shock and terrify because it exploits our fear of the unknown and the ambiguous. Browning stays true to the spirit of the original novel by presenting us with images that are full of disturbing implications, without ever fully answering any of our questions. When Dracula’s three wives emerge from the darkness and hungrily gaze at Renfield whilst standing in a doorway, they remind us of wraiths. The combination of their ultra-feminine, bride-like appearances and the suggestion that they derive near-erotic pleasure from killing a young man is deeply upsetting. It pushes back against all of our traditional notions about what the ideal bride is supposed to act like. It also seems to draw on our fear of conspiracies and large gangs of people. The women are all working together and don’t have distinct personalities or agendas. This means that Renfield is essentially fighting back against one human being who has taken over the bodies of three women. They have their own gothic, macabre beauty but you know exactly what their intentions are when they make an appearance and desperately want to get away from them.

The sinister mood is also established through use of fog, cobwebs and negative space. Back in 1931, this sort of art design was not clichéd. It still seemed groundbreaking and exhilaratingly creepy. Charles D. Hall includes allusions to German Expressionism and doesn’t skimp on crumbling bricks and massive candles. The visuals are so consistent that Hall creates a semi-believable world for the colourful characters to inhabit. The plot remains ludicrous but the setting gives us something to hold onto as Dracula attacks his victims. The film is never so unmoored from reality that the humans in the audience can’t relate to the emotions expressed by the human characters.

The ominous tone is hammered home as a result of the main cast playing their characters as doleful, weary individuals who weren’t terribly happy before Dracula began wreaking havoc in their lives. Lugosi ends up taking a vastly different approach to playing his role. He plays Dracula as a man who loves having so much power over weak, fragile humans and he practically chuckles to himself as he easily entraps them in his web. His exoticism and thick accent give Dracula an air of mystery, without turning him into a caricature. Those memorable shots of his dark, enigmatic eyes are brought to life because he is able to project so much of his personality through his facial expressions. In his hands, Dracula is not merely a scary boogeyman. He is mischievous and fond of showing off. Lugosi doesn’t wait for the score to announce that his character is not to be trusted. He captures our attention from the moment we first see him and that indelible first impression causes us to feel great concern in every scene that follows his fateful meeting with Renfield.

This set the tone for the series of low-budget horror movies that would be released in the 1930s and it would be difficult to argue that any of them improved upon their predecessor. It is crafted with such love and care and gave us a performance for the ages. It has certainly aged over the years and doesn’t seem as modern and fresh as it might have back in 1931. However, that doesn’t reduce its power to scare the living daylights out of most people.