Chasing the Gold: Why Jacki Weaver Should Have Won the Oscar for ‘Silver Linings Playbook’ 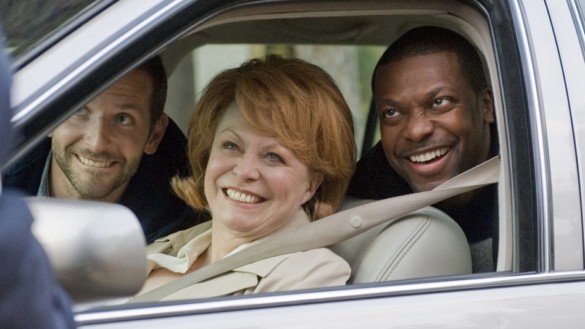 When you think Jacki Weaver you think of a few things. A naturally comedic force from Australia that got her Hollywood break in her early sixties with her Oscar nomination for Animal Kingdom, a tour de force talent that can truly do no wrong, and for many a head-scratching 2nd Oscar nomination for Silver Linings Playbook. The last one there actually makes me quite upset because people don’t give her the credit she deserves for what I consider one of the best supporting turns of this last decade, a performance I’ve championed since I first saw it in theaters when I was a young lad of 20. When Silver Linings Playbook first came out in 2012, I remember it being one of my favorite films of the year that boasted really good performances from most of its cast. Was it my favorite film of 2012? Absolutely not. That honor would be reserved for the absolutely breathtaking Beasts of the Southern Wild (that’s a whole different retrospective piece that I might have to come back to down the line to tell you why Quvenzhane Wallis was robbed of that Oscar). I remember seeing Silver Linings Playbook and it was one of those few times that I left the theater absolutely thrilled to where I was instantly on the phone with friends trying to explain to them what I saw (usually I like to let the movie settle for a few hours before I talk about it) and I kept referring to the brilliant glue of the entire movie that was Jacki Weaver.

When awards season had gotten underway that year there seemed to be a clear cut winner from the getgo and that was Anne Hathaway in Les Miserables. The musical itself and the film I’m not a fan of and honestly I’m not a fan of the performance Anne gives here as Fantine here either, so I was really disappointed all season long, but as the season progressed before the Oscar nominations came out I noticed one of my favorites missing from the conversation completely and that was Jacki. I couldn’t fathom how she wasn’t gaining any traction anywhere, this was a brilliant performance. Now I would like to point out that this was at a time where I didn’t read critics blogs, or follow Oscar buzz online so I wasn’t really into the “know” of what other people thought about Jacki here, it wasn’t until a few years later that I found out that people consider this a “coat tail” Oscar nomination, and that it’s really hated on for unjust reasons.

Come Oscar nomination morning though one of my 3 main wishes for Oscar 2012 came true, “And the nominees for Best Supporting Actress are- Amy Adams in The Master, Sally Field in Lincoln, Anne Hathaway in Les Miserables, Helen Hunt in The Sessions, Jacki Weaver. I screamed with joy up and down actually spilling my coffee on my living room floor, she did it! She got her second nomination, she DESERVES TO WIN!…and then she didn’t. 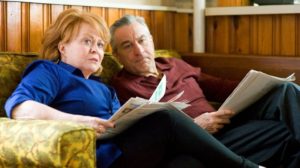 In “Silver Linings Playbook” Jacki Weaver plays Dolores Solitano, a mother to two grown sons and a wife to a neurotic man who may be closer to her youngest son in more ways than one. We meet her early on in the film as she picks up Pat Jr. played by Bradley Cooper from the mental hospital he’s been staying at and almost instantly we get some solid acting chops from her as she’s tricked by Pat Jr. and has a moment to shine in her Oscar clip scene of her telling him she’s going out on a limb getting him out. (I would like to comment here that people who seem to take issue with this nomination like to point out that this is the only “moment” she has in the film, it’s not, but stay tuned). This is however the only time in the film where she has a “moment” to herself and what I mean by that is there isn’t another time in the film where she carries a scene as she’s sharing the screen the rest of the way through with others.

Now here’s where I challenge anyone who doesn’t agree with what I’m saying from here on out- go back and watch this movie after you read this piece and tell me I’m lying. What Jacki Weaver does here compared to anyone else in her movie let alone her lineup is that she becomes the audience. What do I mean by that? Well, lemme break it down for you.

If you look back at the lineup she’s in this year- Amy, Sally, Anne, and Helen are all fully rooted characters like Jacki but they are just that, they’re characters and none that we ever feel connected to in the way of “oh, that’s me” but with Jacki, she is literally the audience. She’s watching her family and her surroundings fall apart and build back up in real-time as we are and reacting, in essence, the same way we are to the story. With Amy, we don’t get that because most of us haven’t been the leader in a cult. With Sally, we don’t get that because we weren’t Mary Todd Lincoln. With Anne, we don’t get that because life isn’t Les Miserables the musical, and with Helen Hunt, most of us had never heard of this line of work. So the most relatable character and work here is Jacki Weaver’s in Silver Linings Playbook. 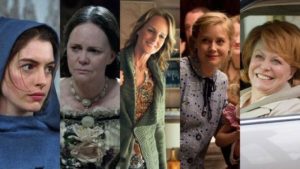 My second point is this- many people wanna say “What did she do outside of making crabby snacks & homemades?” Okay, (also what the hell is a HOMEMADE?! No one seems to know this, help!), if you have to ask this question that I’m gonna be bold and say this type of performance goes right over your head because all you’re attracted to is a shiny object at the end of a string to keep you amused. When you go to rewatch this movie, pay attention because what you’ll notice is that every scene she’s in you can’t take your eyes off her. She literally is a gravitational pull, from her mannerisms to her physical acting, to her remarks she is jaw-dropping. Do you know how hard it is to pull all the attention away from a fistfight between De Niro & Cooper with you in the background screaming and getting yourself in the mix? HARD. Don’t believe me? You try it then! You can’t. Weaver is truly able to command every scene she’s in despite the scenes not being about her.

THIS IS WHY SHE DESERVED HER SECOND OSCAR FOR SILVER LININGS PLAYBOOK!

She didn’t need a “scene” or an “Oscar moment” because her entire role is full-bodied and a “moment”. Every time she’s on-screen she’s electrifying and she gives us the feeling of “there’s something about her” that we all feel comfy with and she’s the only one in her lineup to cause such a reaction. Why? Again, because her role is the only one we can relate to and as an audience member watching this movie she essentially is US. I mean it’s fascinating the number of times I’ve watched this movie back in the 8 years since it’s release and I’m noticing new ticks and gestures and moments that cause her to stand out amongst her peers in the film, it’s truly fascinating.

When the night of the Oscars came to be we all knew who had the Supporting Actress Oscar locked and as much as my brain knew my heart was still holding on for hope. Hope that the Academy would do the right thing and reward the Oscar based on merit over the campaign and when it didn’t happen I was extremely sad, in retrospect that whole ceremony became a bummer for me, Quvenzhane losing, Beasts of the Southern Wild losing Picture, Director, and Screenplay as well, Jacki losing, and more. But for some reason, the Jacki loss stung for a while and still to this day kind of does and I think that’s mainly because people tend to shrug this nomination off as undeserved which is completely unfair because Jacki is doing the most work without being over the top. She should have two Oscar wins under her belt by now, this and Animal Kingdom back in 2010, and the fact that she hasn’t had any Oscar type roles since Silver Linings Playbook makes me a bit sad that we might not see her ever get on that stage, but the least I can do is continue to champion this performance and try to explain why it’s truly one of the best in this category this past decade.

When it comes to the lineup itself I would rank it as such: 5- Helen Hunt (category fraud, she’s a lead and I automatically disqualify a performance in the wrong category no matter how good or bad. It’s not fair to the actual supporting players) 4- Anne Hathaway, 3- Amy Adams, 2- Sally Field, 1- Jacki Weaver – for me this will always be the correct order of this lineup.

Few times has a celebrity death hit me quite like that of Chadwick Boseman. The fact that it... Read More »