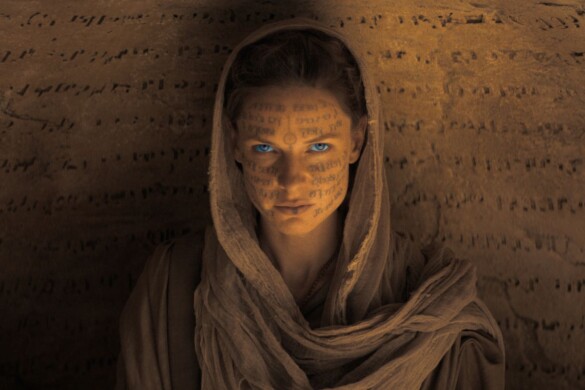 Science fiction and high fantasy have long been the playgrounds for auteur directors to stretch their filmmaking muscles. Since Georges Méliès launched a rocket to the moon, cinema has offered audiences trips to strange worlds beyond on own. In the decades since A Trip to the Moon pushed the limits of filmmaking, auteurs like Stanley Kubrick, Alfonso Cuarón, and Peter Jackson pursued their own otherworldly visions. Landmark films Gravity, The Lord of the Rings Trilogy, and Star Wars: A New Hope became hits with casual moviegoers and Oscar voters alike. Dune, arguably the most anticipated film of 2021, looks to join this elite club.

Denis Villeneuve’s epic take on the classic science-fiction novel has been met with critical and populist adoration. Shortly after Dune’s release, a sequel received the greenlight. The continual outpouring of love has pushed the film into the Best Picture conversation. While several nominations seem all but guaranteed, the film could quickly add to its Oscar success by converting on swing categories. One such race is occurring in Supporting Actress, where Rebecca Ferguson has found herself a longshot contender.

Even in a crowded field, Ferguson deserves to be more than a bubble contender. While many are over Arrakis for Dune, my overall feelings toward the film are cooler than most. Yet Ferguson’s performance lingers in your mind long after you leave the theater. Her commitment to combining high fantasy exposition with pathos-laden subtext has created one of 2021’s finest performances.

The greatness of Ferguson’s performance begins with a tightrope act, one that continues for most of the film. Ferguson portrays Lady Jessica, the concubine of Duke Leto (Oscar Isaac) and mother to Paul (Timothée Chalament). While the matriarchal archetypes have sunk other performers in this role, Ferguson brings the most out of her role as she embraces high fantasy. Lady Jessica is a member of the Bene Gesserit, a religious group that seeks to balance the world through their omniscient maneuvers in the political sphere. Ferguson expertly plays up the internal strife these roles place on her emotional health, making her far more than a space sorcerer.

Perhaps no sequence capitalizes on her intensity more than the Gom Jabbar sequence. As Paul struggles with the literal pain, Lady Jessica sits outside the doors. Ferguson adds a palpable tension to a scene already dripping with it. While Paul begins to fulfill his messianic quest, Lady Jessica must sit through the agony of knowing Paul’s failure will lead to his death. Still, success may lead down an even more difficult road of destruction. Ferguson spits out the rite, “I must not fear. Fear is the mind-killer,” hoping she can keep her own oaths to the order. Ferguson holds the fear in her eyes but never breaks.

Ferguson continues to dominate the screen throughout most of the film. She commands attention as she floats into the brutalist buildings of Arrakis, often outshining Chalamet and Isaac. Given the sheer number of movie stars, superheroes, and icons sharing the screen with her, Ferguson never disappears into the background. In a verbal spat with Charlotte Rampling, Ferguson never falters despite receiving a dressing down. Her composure, even as the Duke’s concubine, can never be questioned.

While she often holds back from showcasing her full power, her showcase comes with the use of “The Voice,” a long-teased sequence. While Paul can utilize the powerset as well, Lady Jessica’s mastery becomes instantly apparent. Ferguson’s nonchalant orders to have the soldiers slaughter each other reveal the dangerous Lady Jessica we’ve been promised. Her powers are even more fulfilling than the hype suggested.

Perhaps the most critical piece of Ferguson’s performance is the confidence and emotion she imbues into exposition. A showdown between Paul and herself in the mist reveals her grandest plans. While the scene functions to roadmap the impending wars and how Paul will affect the world, you never doubt her faith in a master plan. The ideology of the Bene Gesserit may be formed in philosophy, yet a simple act of defiance that could change the course of history. Lady Jessica’s devotion to the ideology can rarely be questioned. Still, her belief in a man and the future of their children will upend centuries of planning. Ferguson’s performance sells the core tenets of Herbert’s story, kicking off the Dune phenomenon in the process. It is no different than Ian McKellen or Alec Guinness finding their way to Oscar nominations for their highly fantastical franchises.

While Oscar often ignores actors in big-budget films, Ferguson demands attention. It is a committed performance that must balance world-building, emotion, and belief within a single character. Some will write this off as a simple task, yet the bones of many sci-fi films litter the defunct franchise graveyard for missing this element. It is a thankless task, yet the Oscars can change that in an instant. Providing the wonderfully talented Ferguson her first Oscar nomination would be an excellent way to recognize the brilliant ensemble on cinema’s biggest night.