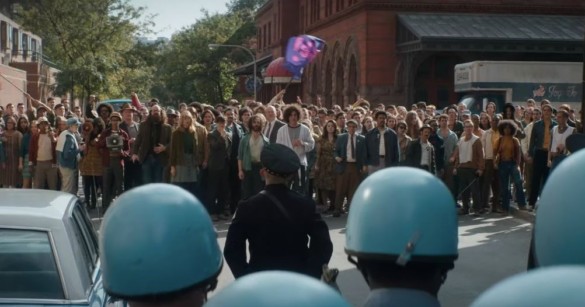 Over the next couple of weeks, the Chasing the Gold staff for InSession Film will be going in-depth on the various categories for the 2020 Academy Awards. Today, we start with the Best Picture category.

As we head into the 2020 award season, it’s hard not to reflect on the last eight months and think about what has happened. The world turned upside-down as COVID-19 spread across the globe, forcing movie theaters to close and film festivals to go virtual. We say many titles move to VOD or streaming platforms, filling the void of the summer movie season. But as we get closer and closer to the end of this year, we get deeper and deeper into the new Oscar race.

As things stand now, we are still all over the place. The majority of films released wide so far won’t scratch the surface of the Best Picture field. The only picture that has a chance to make it into the race is Spike Lee’s Da 5 Bloods. The buddy war spectacle landed on Netflix with resounding acclaim for Lee’s director, Delroy Lindo’s stellar performance, and its timely social message. Usually, one film released before the fall breaks through to still be in the conversation, playing a factor till the night of the ceremony, and I think Da 5 Bloods will be that picture.

With that prediction, that means the biggest release of the year, Christopher Nolan’s Tenet, will not make the line-up right now. Mixed reactions from critics and audiences suggest Warner Brothers will have a mountain to climb with its campaign. With a confusing storyline, sound issues, and the on-going conversations on if it should’ve even been released, WB and Nolan will need to just be happy with a hand full of technical nominations because that’s what they are going to get at this point if they are lucky. And with this lackluster box office news, look for this to trickle down to a delay for WBs other giant awards player, Dune.

Meanwhile, many critics are virtually experiencing fall film festivals, like the Toronto International Film Festival. Early buzz seems to be keen on two female-directed projects in Chloe Zhao’s Nomadland and Regina King’s One Night in Miami. The former is Zhao’s follow-up to 2018’s The Rider, with two time Oscar winner Frances McDormand in the lead role. It follows a woman’s journey through the American West. The latter finds King directing a fictional account of a memorable night between some of the most important figures in African American history. Though the praise is high for both, and I have them high on my predictions, I don’t see either winning Best Picture right now. If one could rise above the other, I think it will be One Night in Miami since it will be the more accessible of the two. 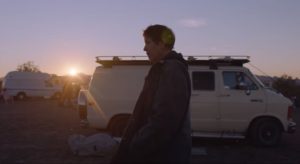 Two other awards players from TIFF were Ammonite and The Father, that received a lot of praise for its acting performances. While we have seen lead performances land it’s film a nomination for Best Picture in the past, based on Ammonite’s reviews, it seems to be mostly a play Kate Winslet and Saoirse Ronan and not the film overall. The same could also be said for Anthony Hopkins and Olivia Colman, who are getting glowing praise for their turns as father and daughter. I don’t see either film getting the nomination, but shocking things have happened before.

As the festivals are going on, one studio will be missing out on all the fun, and that’s Netflix. Oh, but don’t worry, the streaming service is the most loaded studio in terms of awards releases this year. Not only do they have the aforementioned Da 5 Bloods, but they also have David Fincher’s long-awaited follow-up to Gone Girl in Mank, Ron Howard’s Hillbilly Elegy starring Amy Adams and Glenn Close, and Ma Rainey’s Black Bottom with Viola Davis and the late Chadwick Boseman. But the most crucial title they might have comes from writer, director Aaron Sorkin, The Trial of the Chicago Seven. Based on real-life events and with an all-star cast, the recent trailer release suggests this will be a timely, significant social and political movie dropped right before the election. If it a top tier script from Sorkin, we could be looking at the Best Picture winner.

There is a good possibility that the majority of the best picture nominees are from Netflix, with five serious contenders in play. But just because Netflix has a ton of horses in the race, doesn’t mean they couldn’t end up like last year and walk home empty-handed in the most important category of the night.

We don’t know what movies like The French Dispatch, West Side Story, News of the World, Soul, On the Rocks, Judas and the Black Messiah, and Greyhound might have in store for us because we don’t even know if those movies are even going to premiere in time for the February deadline. We should know more about them as the weeks come, with some titles releasing trailers and images. For the most part, I can venture most of them should be pretty good and make this race deeper than it is. After the fall festivals, all eyes will move towards Sundance, as will play a big part in the final push for Best Picture. On that end, here are my top ten Best Picture predictions for 2020 as of right now. May the chase for the Oscar gold begin.