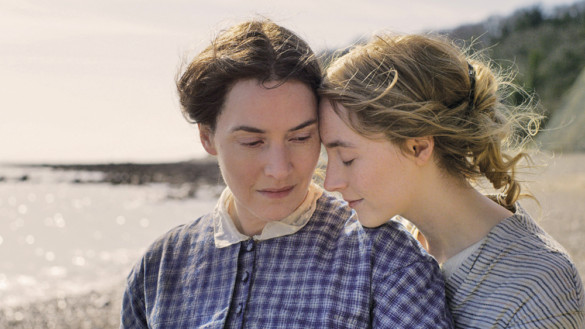 The category of Best Original Score is one of the favorites of Oscar night, with the category often home to iconic music that helps elevate a film from great to legendary. Scores are one of the most appreciated aspects of any film and this category aims to reward the standout, often impossible to choose.

This year is no exception and there are plenty of legendary composers whose pieces are waiting to be heard in this unprecedented year. This year feels primed to be a mix of first-time nominees and acclaimed previous nominees and winners, culminating in what should be an exciting and unpredictable race. Here are the predicted nominees:

Trent Reznor and Atticus Ross are responsible for one of the greatest scores of the last two decades, with The Social Network having won the pair their first and only Oscar. Their collaborations with David Fincher have been exquisite, with The Girl With the Dragon Tattoo and Gone Girl also earning the musicians Golden Globe nominations. Mank has all the credentials to be a top tier Oscar contender and one of Fincher’s most competitive films since the aforementioned The Social Network, so it’s extremely likely that Reznor and Ross find themselves as the early frontrunners on paper. Their unique music style helps them stand out any given year, and this year will be particularly special. Reznor and Ross also have composed Pixar’s Soul, and while it’s not unheard of for the Original Score category to feature more than one film from the same composer, Mank feels more like their Oscar vehicle. Mank is going to be a big below-the-line, and this could be the best opportunity for gold.

The big Oscar frontrunner in Best Picture, Aaron Sorkin’s The Trial of the Chicago 7 feels like it’s going to be competitive in almost every category its eligible for, and Best Score is no exception. British composer Daniel Pemberton has been a steady and reliable musician in the industry over the years, earning himself a Golden Globe nomination last year for Motherless Brooklyn, however, missed out on a first Oscar nomination. While the correlation between Picture winners and Score nominations is pretty inconsequential, it’s difficult to believe that Pemberton’s score will just be ignored. The Netflix release means the film will be seen widely by Academy voters, especially in a year where cinema trips and attending in-person screenings won’t be a risk everyone is willing to take. Expect Pemberton to show up here and confirm Sorkin’s raved film to confirm itself as one of the big Picture frontrunners.

It’s been some time since we’ve had a major Western Oscar contender, and News of the World feels like it will be the first in a while. Starring the beloved Tom Hanks, News of the World has all of the tools on paper to have a successful Oscar run (providing the quality is up to scratch), with Captain Phillips director Paul Greengrass at the helm. Western scores have long been iconic and James Newton Howard has the quality to provide another classic. Howard has received an incredible 8 Oscar nominations but is yet to win and there must be a sense that he’s overdue, although composers rarely find themselves in the spotlight the same way as an overdue actor. Nevertheless, Howard has the respect of the industry and also feels like he’s in this race to win it, rather than just be a filler. Defiance and Michael Clayton are among his previously cited scores, and the Western theme of News of the World will allow Howard to try something different which could very much work in his favor.

Outside of these top three contenders, the fourth and fifth spots feels up for grabs with the absence of Dune. Right now we’re tipping Ammonite. Composers Dustin O’Halloran and Volker Bertelmann produced a gorgeous score a few years ago with Lion and it rightly earned them a first Oscar nomination. The pure emotion in their music helped heighten the dramatic moments of the film starring Dev Patel, and Ammonite feels like it’s equally as likely to be a tear-jerker. O’Halloran is also a previous Emmy winner for Transparent proving the respect he’s gained in the industry, and Ammonite feels like it could show up in a couple of below-the-line categories. It certainly won’t compete with the aforementioned big hitters, but certainly is a strong possibility for a nomination.

Composer Ludwig Göransson won his first Oscar on his first nomination for his stunning Black Panther score, and now he finds himself as a potential contender again this year for Tenet. Nolan films have often performed strongly in the Original Score category, and there’s plenty of love for the Tenet soundtrack to suggest he’s in with a shot. What hurts Göransson is the negativity surrounding Tenet’s sound mixing, and while that has nothing to do with his splendid score, some of that negativity may carry over and prevent Tenet from performing well in either music or sound category. With the uncertainty surrounding the final two nomination slots, there’s a very good chance that Tenet takes the spot Dune had been expected to get.

Terence Blanchard is one of the most underrated composers working today, with his BlacKkKlansman score a couple of years ago deserving of its nomination and perhaps should have won. While Spike Lee’s Da 5 Bloods is unlikely to perform quite as well as BlacKkKlansman did, Blanchard is still in this race. His beautiful score is the film’s strongest aspect (along with Lindo’s performance) and has no doubt been watched by many of the Academy, especially given the circumstances and the fact it was released on Netflix. As stated many times, that fifth slot feels wide open, and Blanchard could easily pick up a second Oscar nomination.

With Dune out of the race, perhaps now is the best chance for Reznor and Ross to find themselves double nominated, just as Alexandre Desplat did in 2014 when he won for The Grand Budapest Hotel and competed with his own The Imitation Game score. The musicians certainly have the star power and industry credibility to do so. With Onward and Soul, Pixar feels like it may find itself in this Original Score race somehow, and Soul feels like the bigger of the two in terms of Oscar’s credibility. It still has tough competition to make the five, but the path has been made a little easier and more possible and would not be a surprise come Oscar nomination morning.