Movie News: Channing Tatum and Joseph Gordon-Levitt may pair up for Guys And Dolls 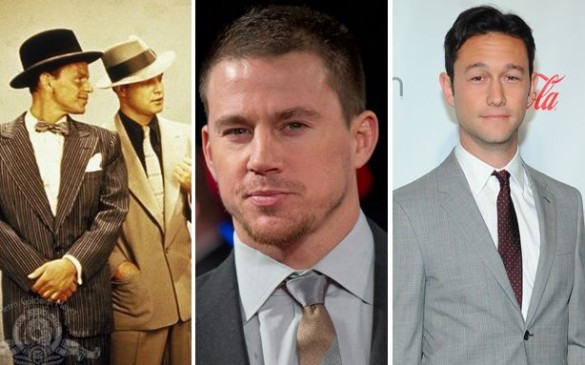 Channing Tatum and Joseph Gordon-Levitt may have found their next project. After a long process, 20th Century Fox has closed the movie rights to Guys And Dolls and will start the development of the musical going to the big screen soon. Tatum and Gordon-Levitt will be filling in some heavy roles made famous by Frank Sinatra and Marlon Brando. Currently, there is no writer or director.

There have been lots of rumors from Russell Crowe to Vin Diesel, Hugh Jackman and others to be the lead roles for this film. The big issue came when Jo Loesser, the widow of songwriter Frank Loesser, was never willing to strike a deal to sign over the rights for the film adaptation until now.

The story, if you don’t know, is centered around gangsters and gamblers in the 1920’s and 30′ where Nathan Detroit (Sinatra) has a town full of captive gamblers and wants to set up a floating crap game but needs money to do it. He bets his pal Sky Masterson (Brando) that Sky can’t get the wholesome Sarah Brown (Jean Simmons) — who runs a mission — to go with him to Havana. The musical with Sinatra and Brando first appeared in 1950 and won the Tony Award for Best Musical. Guys and Dolls went to the big screen in 1955.

While it’s intriguing, I’m not sure about Tatum singing in a musical. Gordon Levitt has already proved himself to me, but I’m not 100% sold on Tatum. He’s one of the biggest and most sought after stars right now, which makes sense why 20th Century Fox wants him. That being said, I actually think it’s a great choice and I think he’s versatile enough to make it a good film. It still needs the right writer and director to make it great though.