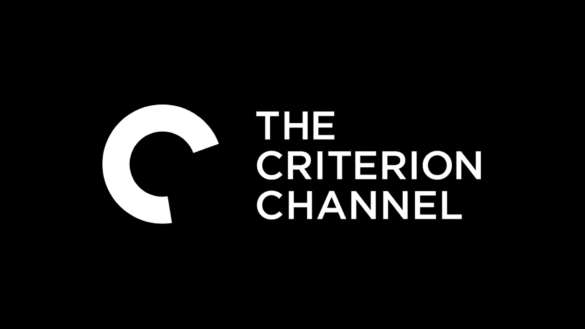 These last few months have cleared my schedule to go on a binge in watching movie after movie after movie after movie where I already have watched more than 400 movies right off the Channel. 400!!! The constant movies they bring in and out keeps me entertained and you can check out my Letterboxd to see what I mean. At the end of 2019, I unveiled by Top 50 I had seen that year. Now, more than a year after the opening of the Channel, I have made a Top 100 for the year 2020 in two parts, and thanks to our current circumstances, everyone has gone streaming a lot more. So, here are the best films I have seen this past year on the CC so far and for each of the bold names.

It is my favorite so far in 2020 and a movie I had seen earlier when it was first released by Criterion. Robert Bresson’s final film is a string of events beginning with the need of needing some extra money and ends with tragedy. Money and the need for it is a motive for so many things, to keep a business going, to pay off debts, and to have a basic living. For others, it is a piece of paper that becomes a nuisance and a reason why humans go off to do irrational things, like robbery and murder. In a span of 84 minutes, Bresson presents, loosely from Tolstoy’s The Forged Coupon, a line about a common basic characteristic that has the power to get the worst of us.

I had written a piece awhile back about the short life of Jean Vigo, and then I was finished with his works until recently. Coming back to his works and digging in more into his life, I’ve gotten a better understanding of Vigo’s vision and where he got the inspiration to be inventive with his camera. First, he met up with cinematographer Boris Kaufman, who would have a successful career in Hollywood, and second, his father was an anarchist, influencing Vigo’s opposition to order and hierarchy. In Zero de Conduite, it’s an ode to Vigo’s time in boarding schools and the way headmasters and teachers were tough on students.

Fritz Lang raised the German Expressionism game to its peak with his epic futuristic vision of a city where classes are kept separate, but the working class makes their charge to take down the wealthy that control everything. Filming lasted 17 months in 1925–26 at a cost of more than five million Reichmarks – that’s €35 million in 2009 inflation – when the initial budget was three times less than that. Lang’s perfectionism and hefty costs in set design, something very much not accounted for, played a role in the ballooning of the budget, a story later seen in the making of Apocalypse Now and Heaven’s Gate. However, with its memorable sets and special effects courtesy of Eugen Schüfftan, the film remains a landmark of global cinema nearly 100 years later.

One of Errol Morris’ first documentaries, it was not intended to be a portrait of a small town with quirky figures there. Morris had read about the town being nicknamed “Nub City” because of a gruesome reputation in the past. Using a certain clause in life insurance, people would intentionally shoot off their own arm and leg to receive the full value of their policy. Of course, being an open case of fraud, the townspeople refuse to recognize it so much, that when Morris came down to do a documentary about it, he received death threats. But he was fascinated by the citizens of Vernon, Florida, and produced an insight into a piece of hidden America.

After his major breakthrough in The Seventh Seal, Ingmar Bergman’s next project was a philosophical outlook on life from the eyes of a professor, played by Victor Sjöström, as he makes his way to a special award for him in his tenure. But along the way, he has memories and dreams about the life he has lived including the troubles that still fill him up. That could also be said of Bergman, whose marriage and the extra-marital affair was about to end, and he still had a distant relationship with his elderly parents. What comes out is an evaluation of the human conscious and of the regrets and why one feels the way they do.

Part II will be released later this month.