Movie Review: ‘The Kindergarten Teacher’ is a story that isn’t worth the acting and direction that supports it 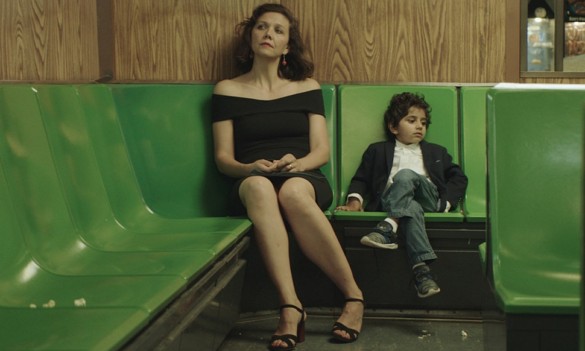 Synopsis: A kindergarten teacher in New York becomes obsessed with one of her students whom she believes is a child prodigy.

We wonder at poets. I think it’s because we know that they see the world differently than most of us do. They see it, and the best ones find some incomprehensible way to transfer that seeing through words. For a split second their words allow us to see things the way they do. And it is beautiful.

In Sara Colangelo’s 2018 film The Kindergarten Teacher (currently streaming on Netflix), Maggie Gyllenhaal plays the character of Lisa Spinelli, a New York kindergarten teacher who dreams of being a poet. She attends a local poetry class, and she yearns for the acceptance of her peers. Early on, we get the sense that it isn’t so much that she wants to see in that beautiful way, but she wants to be seen.

Later, in her day job as a teacher, Lisa notices one of her students pacing and muttering to himself. As she gets closer, she cannot believe her ears. He is creating poetry from what he sees. His name is Jimmy, and one cannot say anything other than the truth about him. He has a gift.

Observation is a key part of the story that Colangelo weaves here. Even down to the technical components of the film, it is clear that we are meant to watch and observe what happens. The camera is mostly still throughout the film. Watching. Observing.

I mention that specifically because I sometimes have a hard time simply observing a film. My analytical brain usually goes into overdrive, and it did so here too. There is an early scene where Lisa shares one of her poems in front of her peers in the continuing education class. It is mostly disregarded by everyone. After the film’s main plot began to take shape, I found myself going back to that early scene and wondering if the film wants to try to make us sympathize with Lisa before anything else happens. As the film continued, I realized that I was getting ahead of myself. Don’t analyze. Just observe.

This becomes much more difficult – maybe even impossible – once Lisa begins to exploit the incredible talents of her young student.

I think back to the teachers I had as a young boy. I’ve had many incredible ones. I think the main trait that is present in every single one of the teachers who stand out most in my memory is that they routinely offered encouragement. It would take different forms with different teachers. Some teachers didn’t offer it through a kind word, but rather through pushing me. Not physically, of course, but urging me to give more effort in some area where they noticed an aptitude.

Here, Lisa’s words may sound like encouragement, but I don’t think they are one and the same. She begins to write down Jimmy’s poems and use them in her class to impress her peers and her teacher. They begin to see her as a promising poet. But the words are Jimmy’s.

She tries to wedge her way into Jimmy’s life in more ways. She does so in the service of protecting his talent, but her motives are clearly selfish.

I again found myself getting off into an analytical tangent as I thought about another famous teacher from recent film history – Terence Fletcher. He is, of course, the vulgar jazz instructor played by J.K. Simmons in Damien Chazelle’s 2014 film Whiplash. The role won Simmons an Oscar.

In that film, we see Fletcher as this emotionally abusive teacher who is clearly too hard on his students. His rationale was that great musicians like Charlie Parker would never have become who they were had they not been pushed…hard. Debate the morals of the argument if you like, at least Fletcher’s goal was not a selfish one. He didn’t want to deprive the world of great talents because those talents had never been pushed. Here, it seems that Lisa simply doesn’t want to deprive herself of being close to great talent.

Throughout the film, Gyllenhaal’s performance is ferocious. She somehow finds ways to inhabit this detestable character with moments of, if not tenderness, true sadness. I think this is clearly one of the best performances I’ve seen from an actress this year, and I hope the Netflix logo does not keep her from awards consideration.

Though I don’t want to give away too many plot details, I do think it is important to note the film’s concurrent plot line. Lisa has a husband and two kids, and she sees them as projections of her own longings. It’s the time-honored story of a parent trying to live through their kids, but Colangelo and Gyllenhaal bring a new perspective on the idea here. It’s an obsessive trait in Lisa. She didn’t succeed in the ways she wanted to so she needs the other people in her life to achieve what she didn’t. And she will go to great lengths to see that it’s done.

Overall, I was impressed by the film’s willingness to observe these characters and what they do, then allow us to come to conclusions. In the end, I just didn’t really enjoy what I found. There must be merit in observing deplorable characters and trying to understand why they do what they do, but some things are too hard to observe. The way Lisa preys on Jimmy’s intellectual gift is appalling and detestable. I must give credit to the film’s creators and performers for inhabiting the story in the way they did, but I couldn’t ultimately bring myself to see this as a story worth inhabiting.