Movie Review: ‘Rambo: Last Blood’ is a poor ending for an iconic hero 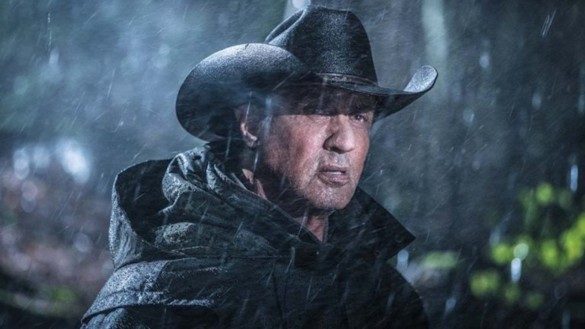 Synopsis: Rambo must confront his past and unearth his ruthless combat skills to exact revenge in a final mission.

Let me start this review off by first admitting I have not seen any of the recent Rambo films, in fact prior to this film I had only seen 2 others in the series: the original First Blood and Rambo: First Blood Part 2 and although it has been some time since I last saw either, I recall them both being good/decent films. I state this more as a caveat that I am essentially unfamiliar with the current state of the franchise so if there were any easter eggs or inside jokes/references in Last Blood it is likely they went right over my head. With that out the way I finally caught the film last week and it was not a thrilling watch. Quite the opposite really, it was a dull ride with no surprises and very little to keep me captivated. The story treads over all too familiar territory and director Adrian Grunberg and frontman Sylvester Stallone together bring no style or energy to the screen. Unfortunately, as John Rambo’s final fight it lands a weak punch.

This film has almost no pulse. Sitting through it in an almost empty theater is not unlike playing a game of Monopoly. It is tedious and since you have played the game before you are familiar with the routine and are fairly certain of the outcome, but all the while you are really just killing time waiting for something more exciting to come along. About 5-10 minutes into Last Blood I had a good idea where the film was going and how it was going to end, and honestly, with the exception of a few plot points, I was pretty spot on. It is a simple recipe of Taken with some dashes of John Wick but in no way hits as hard as these films. I have also heard a few others refer to it as Home Alone with an R rating, that’s fairly accurate as well but minus the charm. Honestly, if you are familiar with the franchise than whatever you are expecting going into this film is exactly what you are going to get. I had not seen any trailers prior to my viewing but I had an idea and the film met most of my expectations, which for me were pretty low.

As far as the cast goes everyone in Last Blood is coasting, the script simply isn’t conducive to summoning any brilliant performances.  Overall there is nothing noteworthy with the exception of Paz Vega who plays Carmen Delgado, a local journalist, grieving sister, and a very brief guide for John Rambo into the Mexican underworld. She is actually putting in an effort but has very few lines and screen-time to really make an impact. Yvette Monreal was a new face for me and she provides a decent performance as Rambo’s niece Gabrielle but like Vega she has very little to work with. Stallone is…well Stallone. I realized it has been a long time since I had seen him on the big screen and after this performance, this might be a good thing. He seems to have difficulty emoting and if it weren’t for the actual dialogue I would have some problems understanding how he was feeling moment to moment. Of course, this isn’t necessarily new with Stallone but he has proven he has a bit of range and in the past, he managed to breathe some life and charm into his characters even if they weren’t well fleshed out. I thought he was great in Oscar!

Last Blood is expected to be the last installment of the Rambo series and that is really what makes this film so unsatisfying. It doesn’t serve as a sufficient farewell for such an iconic American action hero. I can see what Stallone and Grunberg were attempting to do but unfortunately, the execution is stale and messy. The film has little entertainment value, only the last act is to some extent engaging but it gets dull and repetitive fairly quickly. The remainder of the film is both predictable and uneventful and at times distracting. There are a few moments in the film where it relies on flashbacks or narration, by John Rambo, to help provide pieces of the story or explain how a character is feeling. In each of these circumstances, these techniques make for awful storytelling, the worst example being the monologue at the very end of the film. If anything they make the story less compelling and its small things like this that make Last Blood so un-enjoyable. I wanted to like this film but on all levels, it misses the mark. As an action film about justice and revenge, it is lacking the pacing and exhilaration that comes with the genre. As an emotional film about family and devotion it just does not provide enough to let viewers invest in the film or characters emotionally and although the film is tragic, the pain and sadness never truly resonate. If you have been keeping up with the series then you might as well catch what is likely to be the final chapter in John Rambo’s journey, otherwise Rambo: Last Blood is a film best left for at-home streaming.