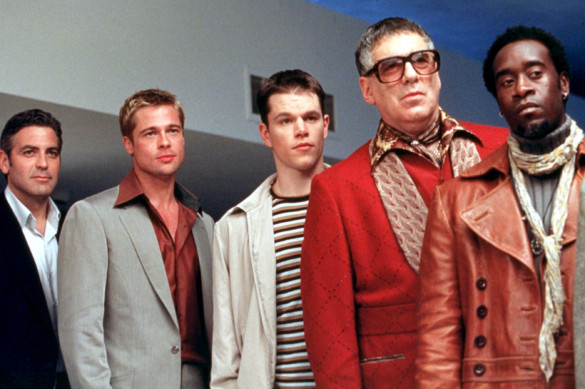 Movies are a great form of entertainment due to the thrilling actions and captivating drama. But casino movies take the action to a whole other level due to the portrayal of the casino lifestyle, showcasing the electric and high-octane atmosphere of gambling structures.

If you have never seen a casino movie or wish to update your playlist, then look no further. Here are ten casino movies that will blow you away.

The movie focuses on Danny Ocean and his team who target and successfully execute a plan to steal from the three major casinos in Las Vegas. The three casinos are the Bellagio, the MGM Grand and the Mirage.
The movie shows the elegance and class of the three top casinos in Las Vegas and the daring actions of the main characters is a true credit to the gambling world.

This classic James Bond movie is sure to keep all casino lovers at the edge of their seats. The climax of the film is marked by a high-stakes poker game between Bond and Le Chiffre. The game portrays the true nature of a casino game and with international security at stake, this film takes poker to a new dimension.

This movie tells the story of a law student who is forced back into a life of gambling when his friend is indebted to a ruthless Russian mobster. The film shows the main character’s talent and skill in poker and its great lesson for anyone who wants to learn how to play.

The film shows how two brothers, one an autistic savant and the other a businessman. The two brothers travel to Vegas with the idea of using Raymond’s gift to win big at the blackjack tables.

This film shows the casino life from the perspective of a croupier who is played by Jack Manfred (Clive Owen). It shows how the under-the-table dealings between a gambler and the croupier get out of hand giving the casino life a chilling tone away from the glamor commonly associated with Vegas.

This movie follows the noble cause of Ben Campbell who enters a life of gambling in order to get enough money for his tuition fees. Campbell’s math’s professor invites him to join a group of special individuals and together they travel to various casinos in Las Vegas.
The group uses their math counting skills to win lots of money at blackjack tables.

This film contrasts the glamor and elegance of the casino life with the cruel dealings that happen behind the scenes. It follows the life of Sam Ace Rothstein (Robert De Niro), a casino operator who is well connected to the mob. Rothstein lives a very civilized life with his wife. However, things soon get disrupted when Nicky Santoro (Joe Pesci) arrives in town with an ambitious plan.

Fear and Loathing in Las Vegas

This movie shows the life of Hunter S. Thompson (Johnny Depp) as he takes a trip to Vegas in the company of his Samoan lawyer. Thompson has received a huge advance to cover a sporting event and decides to take a trip in search of the American Dream.

This movie shows the life of a professor who is a gambling addict who spends much of his time in casinos. The movie serves as a warning to getting too much of the casino gambling world as the gambler plunges into self-destruction.

The film tells the story of a talented gambler who uses his skills to play against the high roller of the day. The film shows the nature of competition that exists in gambling especially in casinos and the high stakes that are involved in every game.

You can get more at online information at RouletteGambler.co.uk.