Movie Review: ‘Lizzie’ is as captivating as it is horrifying 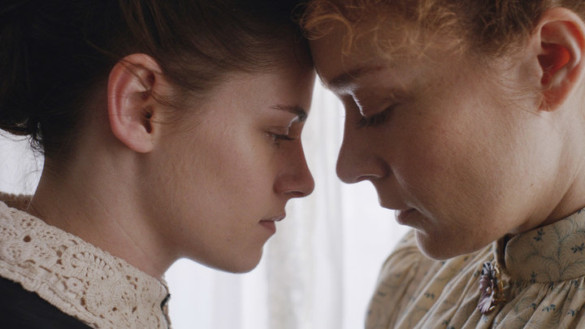 Synopsis: A psychological thriller based on the infamous 1892 murders of the Borden family.

Whether or not you are familiar with the story of Lizzie Borden and the tragic double murder of her parents you should still enjoy Lizzie. Written by Bryce Kass and marvelously directed by Craig William Macneill the film is a fascinating retelling that takes the events and circumstances surrounding the deaths of Andrew and Abby Borden, played here by Jamey Sheridan and Fiona Shaw respectively, and paints a bold picture of what led to their murders. Lizzie Borden is brought to life on-screen by an absolutely phenomenal performance from Chloë Sevigny while Kristen Stewart plays Bridget Sullivan, the Borden’s Irish maid and a character involved in the true story whom I was unaware of prior to the film. Both Sevigny and Stewart give stellar performances and I must admit I have not seen many of Sevigny’s films but if Lizzie is any indication of her talent I have to wonder why she hasn’t been cast in more prominent roles.

Although the story of Lizzie Borden and the murder of her parents has been simplified through the popular children’s rhyme as well as folk tales, like any other true crime story the actual truth behind the event can be complex. Kass and Macneill take the small details and expand on them to give a very effective and compelling version. And although this take on the crime is not necessarily new it is still powerful and at the same time quite convincing. I would not be surprised if this becomes the new accepted version of the what occurred. The timing of this new version is also very relevant considering the current positive movement in women’s empowerment. In the film, there is an obvious discord between Lizzie and Andrew and every scene they are in together is charged with tension. Much of this is due to Lizzie’s tendency to question her father’s actions and to do so with no hesitance or apprehension which was likely not common during the time. Sevigny captures Lizzie’s confidence with such zeal, it is powerful to see on-screen.

Macneill’s previous work is unfamiliar to me but I was mesmerized by his style in Lizzie. The film has this beautiful texture and tone which was perfect for a period piece. The pacing fits well for this particular story and allows for both a build up of suspense and tension while at the same time establishing for the audience the deeper relationships between everyone in the household, which is important to make the final act so believable. Also, Macneill’s use of angles and lighting add emotion for certain scenes and are not too jarring as I find some filmmakers can overdo it with creative camera work. Macneill’s style in conjunction with the wondrous performances makes Lizzie a great theater experience, definitely a movie to see on a larger screen and without the at-home distractions.

While at the same time allowing the story to unfold so elegantly the film is also brutal when it comes to the murders. Not just visually, and be warned Macneill had no qualms about capturing the barbaric nature of Andrew and Abby’s deaths, but also physiologically. Much of the violence is conveyed through motion and sound but it is effective after all these were murder committed with an axe. Still, though Macneill handles it with a certain sophistication and style, there is blood and plenty of it but he somehow blends the violence of the act into a kind of visual art.

Searching for any flaws in Lizzie would be difficult but if I had to point my finger at one it would be the way the story unfolds chronologically. Macneill summons his inner Nolan by telling the story with numerous flashbacks. The audience is forced to watch a few scenes two or three times over as we move through the stories timeline and each time we are given small bits and pieces of what actually occurred the day in question. This doesn’t damage the experience for me, but it did get tiring as I was so enthralled by the story I just wanted to finally get to the reveal.

This new telling of the Borden tragedy is outstanding for so many reasons, bravo to Macneill and Kass for such a well told and fascinating story. Truly though what makes the film is the performance from Sevigny and Stewart, these two amazing actors are why Lizzie will keep your full attention. Sevigny is in top form and her performance is nothing short of amazing and deserving of a nod. Stewart has really amazed me in the last few films I’ve seen her in, so much so I find myself excited when I hear her name attached to a project, and in Lizzie she continues to impress. Although Sevigny steals the show Stewart definitely holds her own and hopefully this performance will finally quiet her persistent naysayers. Lizzie is such a great piece of filmmaking and I fully intend to do a second viewing. The story is so captivating I had to force myself to take mental notes and take a step back at times to look at the film with a critical eye. Next time I want to be able to simply sit back and just enjoy the show.