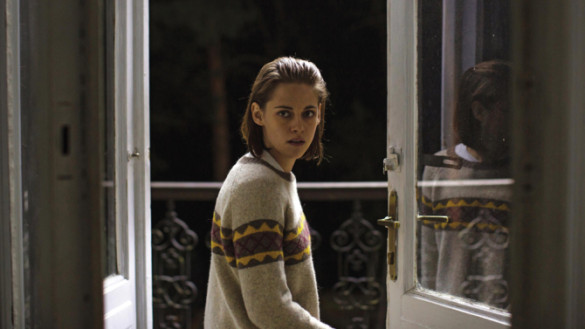 Synopsis: Revolves around a ghost story that takes place in the fashion underworld of Paris.

Personal Shopper mixes hope, anguish, high fashion, a murder mystery and for good measure a ghost story. One person, Kristen Stewart, can only tackle a story of this stature and make it work. Stewart is my favorite actress and this is her best performance to date. She is able to display what our brain feels like when it is grieving, not an easy task to do, but she performs it to perfection.

Stewart plays Maureen, a broken woman who hates her job as a personal shopper, who is also dealing with the tragic death of her twin brother Lewis. Personal Shopper is a slow movie but that also serves as it greatest strength because not everything is given to you on a silver platter, it is up to you to try to make sense of things.

Director and screenwriter Oliver Assayas is not afraid to take chances as this is a very unconventional film that flirts with different genres but never cheats; it stays true to the idea of a grieving spirit. Early on in the film there are two distinct events that Maureen will take with her through the duration of the film, one involves a ghost encounter and the other a casual conversation. Assayas finds a way to incorporate those events into a simple thing we associate with everyday use and that is a cell phone. Towards the second act, Maureen starts getting some very unusual text messages and just like most situations in this film, it bends the line several times of what is real and what is a product of Maureen’s imagination or is it possible that somehow it is a combination of the two?

If you are only familiar with Stewart from the Twilight series or Snow White and the Huntsman, then I can see why you are not a fan of hers because those films do not even scratch the surface of her acting abilities. Movies like Personal Shopper, as well as her previous showing with Assayas in 2015’s Clouds of Sils Maria, show off how talented she really is.

The camerawork and editing in Personal Shopper helps to differentiate the various tones and keeps the film going by providing subtle visual clues. There are a few shots where the background is the focus point while our subject is the secondary point. By doing this, it adds to the suspense as it showcases something unique to the audience that Maureen does not see. Additionally, there is a scene that takes place in a hotel, and without spoiling anything, it is one of the best scenes that blends the best of the editing and camera angles Assayas uses throughout the film. It is a simple yet effective sequence.

Personal Shopper is not scary at all, even though it is ostensibly about ghosts. There are some creepy elements and a few suspenseful images, but nothing that will cause you to lose any sleep over. Personal Shopper is a rare breed of movie that will promote a discussion after you leave the theater. I highly recommend it as it is one of the year’s best films so far.