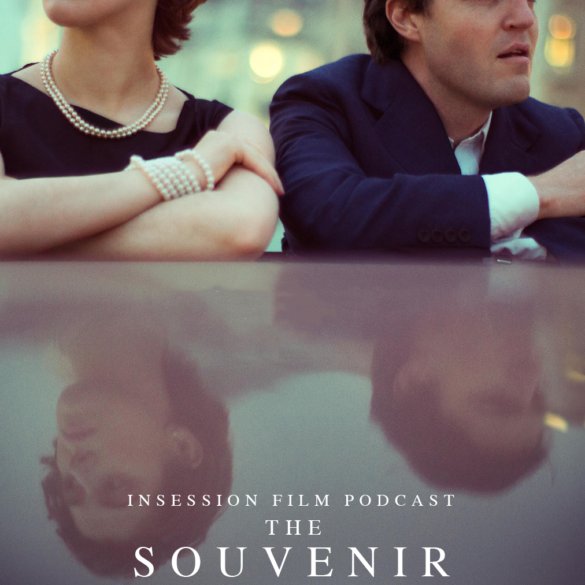 This week on the InSession Film Podcast: Extra Film segment, Ryan and Jay get together to review the Joanna Hogg film, The Souvenir, which some critics are claiming to be one of the best films of 2019 so far. In the back half of the episode, JD, who subs in for Jay, and Ryan talk about the new film from Olivier Assayas, Non-Fiction.

Coming out of all the buzz from Sundance earlier this year, Joanna Hogg’s new film has carried a lot of expectations and praise by the time it got to Extra Film. With a personal story that is semi-autobiographical of Hogg’s life and the anticipation to see how Honor Swinton Byrne, daughter of Tilda Swinton, would do in the lead role, The Souvenir led to an shocking discussion, one that both Ryan and Jay didn’t see coming.

Then, Jay steps aside to let JD come on with Ryan to review Olivier Assayas’s follow up to the great Personal Shopper from 2017. Assayas has slowly become one of the best directors of this decades, with stories and visuals that truly leave you thinking long after the final frame roles off the screen. While taking a step back from the dramas of his last two outings, he turns to comedy, with a lot to say and a lot for the guys to discuss during the review.