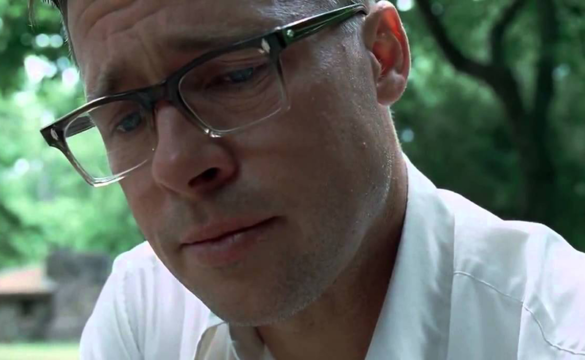 This week on Episode 344 of the InSession Film Podcast, inspired by Ad Astra and the face that he may be taking an acting break for awhile, we thought it would be fun be appropriate to talk about our favorite Brad Pitt scenes. Pitt has been a major star since the early 90’s, and while some may only see him through the lens of his Hollywood myth, the truth is that he’s delivered some legitimately great performances over the years. He’s always been aware of his persona, and some of his best performances are when he utilizes Pitt lore to enhance his characters. He’s also very funny in other roles. Meaning, there are many great scenes to choose from making this exercise a bit challenging. That said, what would be your Top 3?