Featured: The Magnificent Seventh Edition Of The Criterion Channel 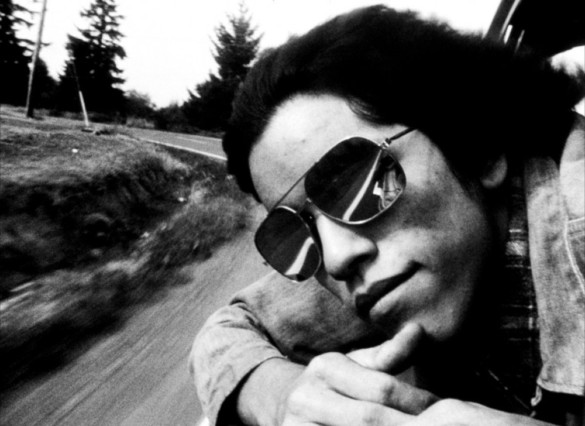 Literally, “The Bitch,” Jean Renoir’s second sound film was a success partly because of a tragedy that occurred before its release. In the film, a painter falls for a prostitute after saving her from being abused by her pimp. However, the painter learns the prostitute loves her for another reason, leading to a tragic climax and coincidence, something almost copied in real life. It’s a love triangle playing on the themes of wealth, deceit, and poetic justice, which is what makes the aftermath sad yet poetically justified to happen.

Janie Marèse played the prostitute and it was her third film, which garnered her acclaim. Michel Simon played the painter and Georges Flamant played the pimp in his first film; both fell in love with Marèse, but it was Flamant that won her heart. After filming, the couple went out on vacation and a car accident killed Marèse. Simon, devastated by her death, threatened Renoir with a gun, blaming the film for her death. It is reported that Renior responded, “Kill me if you like, but At the same time, I have made the film.” Simultaneously, it ended Renoir’s first marriage when, allegedly, Renoir hired Marèse over his wife for the role and felt betrayed by her husband. Like in the film, love can kill people while innocent others get punished and only Renoir reaped all the benefits. In 1945, it would be remade in America as Scarlet Street starting Edward G. Robinson and directed by German auteur Fritz Lang.

Outside of Kurosawa and Ozu, Kenji Mizoguchi is among the finest filmmakers from Japan that have played a major influence in the West. Ugetsu is a mix of romance and fantasy that features criticisms of war, the real relations the Japanese have with spirits, and family duty. Here, a peasant farmer leaves his wife and son during a brutal civil war for greed, only to be taken in by a spirit that seeks to ruin him in the process. The camera seduces us into any mist like the misguided farmer and Fumio Hayasaka creates a score that tingles the skin with its traditional sound that keeps the mood of the story within classical Japanese dance-drama known as Kabuki. This and The Life of Oharu were the first films, while Japanese cinemagoers thought of as old fashioned, made Mizoguchi recognized in the eyes of Cahiers du Cinema and the film listed on Sight & Sound’s Top 10 poll in the 60s and 70s.

Tony Richardson’s Oscar-winning comedy of unusual making and side commentaries of an attractive, flirtatious man in 18th Century England is a total charmer and perfect transformation within the British New Wave. After black-and-white films about the “angry young man,” Richardson and screenwriter John Osbourne takes the famous 1749 novel and creates a film similar to what the French were doing in the years before. An intro made like a silent film, the fourth wall broken, create camera shots and editing to enhance major scenes, and a narrator we never see add up to the anti-romantic ways of storytelling in this era. But Albert Finney is perfect in the title role and the transition from a scruffy blue-collar worker in Saturday Night And Sunday Morning to a charming aristocratic man completed his worldwide sex appeal.

Gus Van Sant’s breakthrough is a scruffy on-the-cheap story from poet Walt Curtis’ autobiography. Van Sant related to Curtis has a gay man living in Portland, Oregon, but Curtis’ off-beat, bohemian-like style of life is a worthy character just like Van Sant’s biopic in Don’t Worry, He Won’t Get Far On Foot. However, “Bad Night” as its translated deals with Curtis’ desire to attract a young, handsome Latinx man named Johnny. It is a plot loosened around the openness of everyone’s homosexuality that is not judgmental that they live on the city’s Skid Row. For $25,000 in black-and-white and shooting wherever they could, Van Sant’s debut is a pure understanding of complicated relationships regardless of sexual orientation and afflicting cross-cultures.

The genius of Wes Anderson began with a black-and-white short four years earlier before James Brooks helped finance his first feature with both Owen and Luke Wilson plus close friend Robert Musgrave and James Caan. It took 2 years to edit and shorten their script for a 90-minute screwball comedy caper that captures misfits seeking to thrive as thieves, even when they are really a danger to themselves in their dumb ways. The short was in Sundance, but Sundance turned it down and the film was a commercial failure. But critics liked it and a cult following began that let Wes Anderson and crew keep with their original work in Rushmore, The Royal Tenenbaums, and all the way to their upcoming The French Dispatch.

The last film from Edward Yang before his death is about the generations of a family in Taiwan who are captured in a wedding, funeral, and all sectors of life with dramatic episodes in different ages. The youngest child is bullied and school and finds solace in photography, the father finds himself in a moral crisis where money equals happiness but really wants something else to come out of a successful business venture, the mother is having a midlife crisis and is away from them as one of the matriachs lies comatose. In the top 10 of BBC’s Greatest 21st Century films, Yi Yi (“one by one”) is a tapestry of a family ensemble and the troubles of regular life.