Featured: The Criterion Channel Films That Struck Out 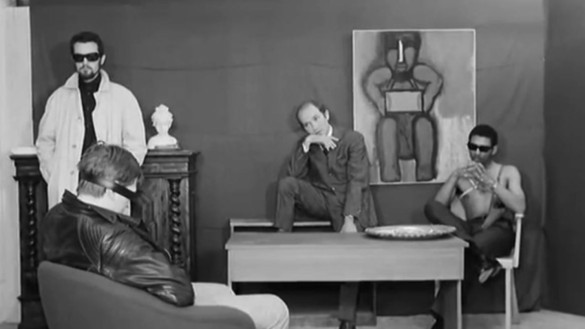 If you have read long enough of my weekly praises of the Criterion Channel, then you may think everything this channel has is glorious and worth watching. I have news for you: not all are good. Even from some big-time directors, some films left me cold, confused and wondering where they were going with the story. Some of them took bold risks in the narrative and character study but felt hollow when it was on the screen. Watching one of these films gave me an urge to do what Cannes filmgoers love to do: boo the hell out of the movie. Nothing personal, it’s just poorly executed. Here are five films from the CC that I didn’t come out of it liking.

Godard was doing this film and another one simultaneously (one of three films released in 1967) and was trying to keep up with friend-turned-rival Francois Truffaut, who kept churning hit after hit. This had no script, but a visual essay on all questions from capitalism, war, modernity, love, and France itself, all under Godard’s rapid whispering narration. But there were too many things going on, too many things being said, and, while some may approve of Godard’s continuing radical experiments with storytelling, this was a movie that turned in alphabet soup in front of my eyes.

Rainer Werner Fassbinder’s first film is about a gangster who does not want to be part of an organized outfit yet is in love with the mistress of the syndicate leader. Upon its debut at the Berlin International Film Festival, it was booed. Today, it is held more positively as Fassbinder’s first steps towards his future style, but this felt like a home video recording in blanks rooms. It was robotic, and unlike Orson Welles’ Mercury Theater players providing life into the characters, Fassbinder’s Anti-Theater team almost seemed to be only saying their lines without any emotion behind it.

This kind of sucks saying it is bad because it’s from Agnes Verda. But her feminist story about two friends, one who seems to have it all with a husband and children, and one who has yet to break out on her own, almost has no settled line on wherewith the feminist movement is Varda trying to land on. It is a polarizing film as some liked how much Varda responded to the 70s turn of womanhood, but while the message is obviously there that women should have equal rights as men (namely abortion in this movie), this does not land upright perfectly.

Bruno Dumont’s first feature was an exercise in futility. The lead character, Freddy, has epilepsy, drives on his motorbike with his friends, all who are struggling to get work in the sleepy village, and has unromantic sexual encounters with his girlfriend. While Dumont is known in casting nonprofessionals in his more sublime work, this may have been better with professionals to express the misery of life in such a dreary place. The closeup of raw intercourse and a sexual assault on a girl were unnecessary, even if it calls to the predator nature of these young males. It’d meant to portray realism – maybe too real.

Apichatpong Weerasethakul deserved his Palme d’Or for 2010’s Uncle Boonmee Who Can Recall His Past Lives. For his Jury Prize for this film, only them, the Cannes Jury led by Quentin Tarantino, liked it while the audience and critics were puzzled by the film’s two stories about two men in love and a solider who feels threatened by dead spirits. Some of the audience walked out and others booed it; one critic wrote of the film, “Masterpiece, cult classic or just barking mad?” It has gotten better reviews upon rewatching it, but I don’t know what to think of it still.

None of them have gotten less than 2 stars, but I suspect there will be something in the 1-star range that will really scrounge my eyes out. Yes, nothing from John Waters has made me hate it and these B-films have value. There are more works from Criterion that have yet reached my fingertips, so much will be loved and liked…but others despised.