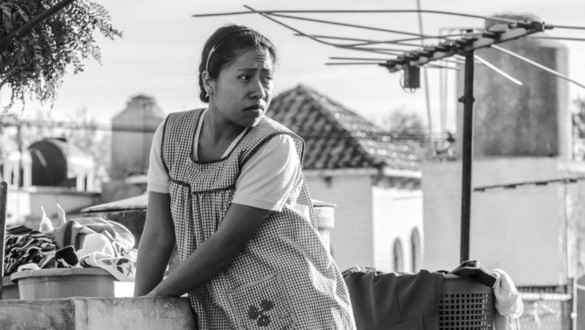 It’s the shortest month of the year, but with an extra day as it is a leap year. And in this leap year, Criterion is re-releasing a documentary about some of the best architecture made by one person and adding four more to the collection. One was a film from 2018 we knew immediately was going to the collection, a groundbreaking LGBT documentary, and two other hidden gems. And they are:

In the rerelease section is this no spoken word visual on the work of the aforenamed sculptor who made art out of his buildings, including Sagrada Familia, the Catholic basilica in Barcelona that has been under construction since 1882 and is expected to finish in another 7 years…hopefully. But if you haven’t seen what that building looks like or some other notables by him, get intoxicated into this visual eye candy that examines in all angles the major buildings by the Gaudi. So, consider this an ad for going to Barcelona, one of the best cities in Europe.

Like Cold War, it is a foreign masterpiece that had the Big C all over it since Alfonso Cuaron has two of his earlier films also on the label. The visuals flow out like a poem being read line by line as a slice-of-life from an era in Cuaron’s memory, 1970 Mexico when the country was in a turbulent battle with the ruling government. There’s a deep emotion that comes with the territory and a boldness that is rarely seen and Cuaron, along with a brave performance from Yalitza Aparicio, brings it full circle for the awards success it received after.

Jennie Livingston, the niece of director Alan J. Pakula, stumbled upon the ball culture scene in the 80s and documented the colorful lives of those invited. Today, it is a living document about race, sexual orientation, gender, and open homo/ transphobia that existed during the AIDS crisis. Everyone learned about “voguing,” the role of different “houses,” and all of these terminologies that were an eye-opener for many who saw it for the first time. It’s a documentary that demands to be seen, especially since it influenced the FX series Pose.

Italian radical Pier Paolo Pasolini directed this mysterious film surrounding an affluent family and a stranger who comes in their home and engages in sexual affairs with everyone – something so Pasolini with his later works. But the results cast a lingering spell on everyone and the ambiguity is left for interpretation with each character. The film left many scholars both spellbound and dumbstruck, which many have broken down what it could mean. Is it about Pasolini has a gay man? Is there a Marxist critique of the upper class? A lot of God references, so is it about religion, which is why the Vatican was angry about the movie? Or, maybe he’s just messing with us? Watch and you can make your own impression.

Czech animator Karel Zeman made six feature films that film historians refer to Zeman as the modern Georges Melies. The three being touted out are Journey to the Beginning of Time, Invention for Destruction, and The Fabulous Baron Munchausen. He made them at a time where censorship was strict (before the Prague Spring of 1968) and circumvented the rules on what the movies should be about, making him recognized by the government and was decorated as a cultural hero. Zeman is a major influence in the works of Terry Gillam, Tim Burton, and Wes Anderson. Above is his short from 1949 called Inspiration.