Brad Pitt’s World War Z‘s release date is quickly approaching and recently we got another glimpse at some footage via a new trailer. This trailer (which I enjoyed better than the first one that was released) gives us a better glimpse of the story, which seems to involve Pitt’s character going all over the globe to find the source of the outbreak.

We also got a new poster that is kind of different for a zombie film. 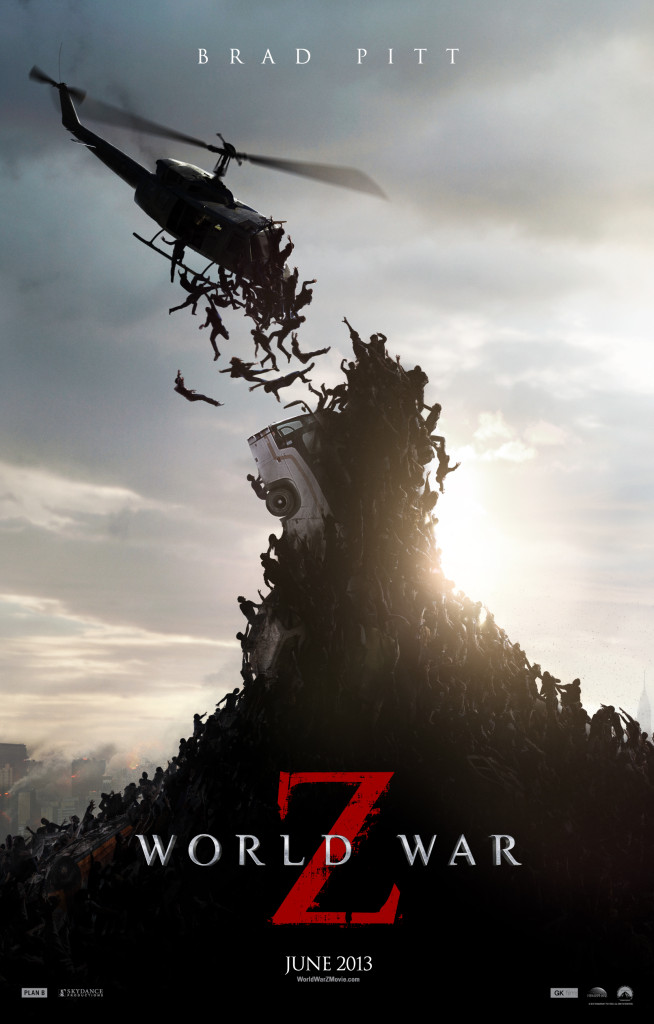 I’m currently reading World War Z by Max Brooks, and based off what I’ve seen in the trailers and with this poster, this film will be nothing like the book it’s based on – which is understandable considering the book is just interviews with a bunch of different people about the outbreak, and that doesn’t lend itself to an easy narrative. But nonetheless, I’m still looking forward to seeing War World Z this summer.