According to Comic Book Movie, Goldberg will be playing Bernadette Thompson, an editor at Channel 6 News and boss to April O’Neil (who will be played by Megan Fox), in the Michael Bay-produced and Jonathan Liebesman-directed film.

Goldberg – who has won an Oscar, Tony, Emmy and Grammy Award – will definitely bring a presence to TMNT (especially with that wild hair as seen in the set photo below). How big her role will be is still unknown, but I think she will add a great deal to the film.

Goldberg joins a cast that also includes Fox, Will Arnett, William Fichtner (who will most likely be playing Shredder), Danny Woodburn (who is playing Splinter) and a slew of unknowns as the Turtles. 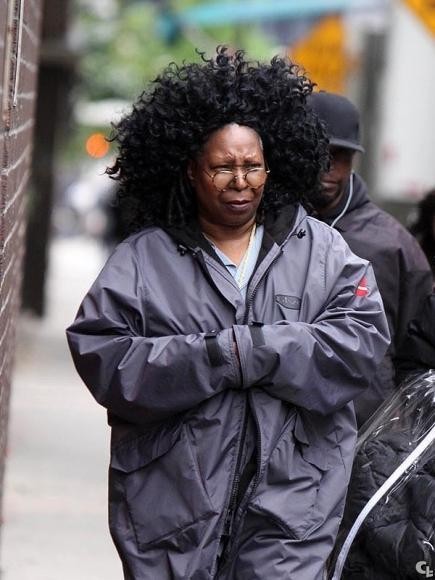