Movie News: Warner Bros. gives up Friday the 13th and South Park to board Interstellar 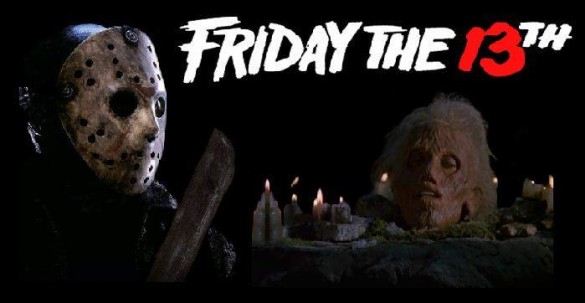 When we first started talking about Christopher Nolan’s Interstellar, we learned that Warner Bros. and Paramount tag-teamed the project which was very new for rival studios. We’ve learned now what Warner Bros. paid in exchange for half of the project.

In a report by The Hollywood Reporter, Warner Bros. gave up the rights to Friday the 13th and South Park to be apart of the project. Warner Bros. released Nolan’s amazing Dark Knight movies which did really well and is why they wanted in on Interstellar so badly. They wanted it so bad, they gave up a popular horror series as well as one of the more popular animated series out there. Also on the list, Warner Bros. agreed to let Paramount co-finance a to-be-determined A-list property in the future. Basically, Warners Bros. just gave up an arm and leg to be a part of Interstellar.

The rights to South Park and Friday the 13th have gone back and forth a little bit but Warner Bros. and Paramount both had shares in each of them. Warner Bros. decided to sacrifice all of it to be apart of anything Nolan has his hands on to continue their relationship with the filmmaker. If you’re Paramount, you have to love this as you still have hands in this and now you have your hands on franchises that should (unless the universe ends) make them a lot of money.

So far, however, neither studio has made any comments. What do you guys think? Good idea for Warner Bros.?