Movie Trailer: Ain’t Them Body Saints has violence and love 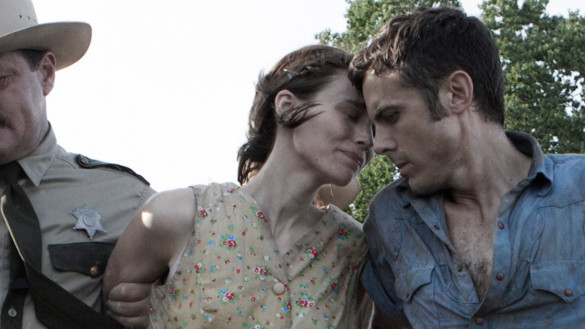 A new trailer for Ain’t Them Body Saints was released and it looks pretty good. This film is written and directed by David Lowery who is best known for editing Shane Carruth’s Upstream Color. Ain’t Them Body Saints is a violent love story that centers around a married couple in the 70’s that gets into a little trouble with the law. The wife shoots a cop, lets her husband take the rap and it all gets crazy from there.

Th cinematography is very “Malick-y” in terms of it’s gorgeous visuals and natural elements you see here as the couple spends some time outside. The love and violence seems to be weaved together well and I’m sold for this.

The film stars Casey Affleck, Rooney Mara, Ben Foster, Keith Carradine, and Nate Parker. It apparently received some great feedback out of Sundance and seems like it’s one to see this summer. What you guys think?