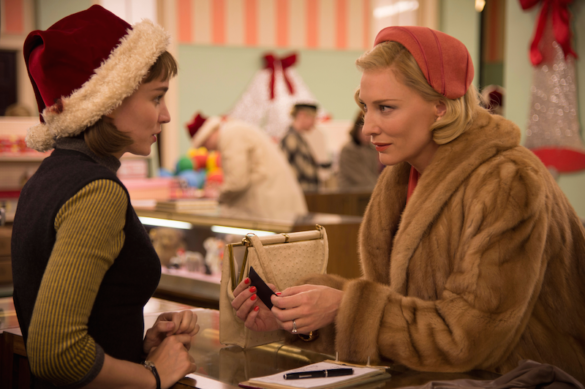 Is [blank] a Christmas movie? It happens every year when a family member, or friend, utters the statement that Die Hard is their favorite Christmas movie. A hotly debated topic as to which movies are Christmas movies, and which are not. So with it being that time of year once again, here’s a look at some of the most debated non-traditional Christmas movies. 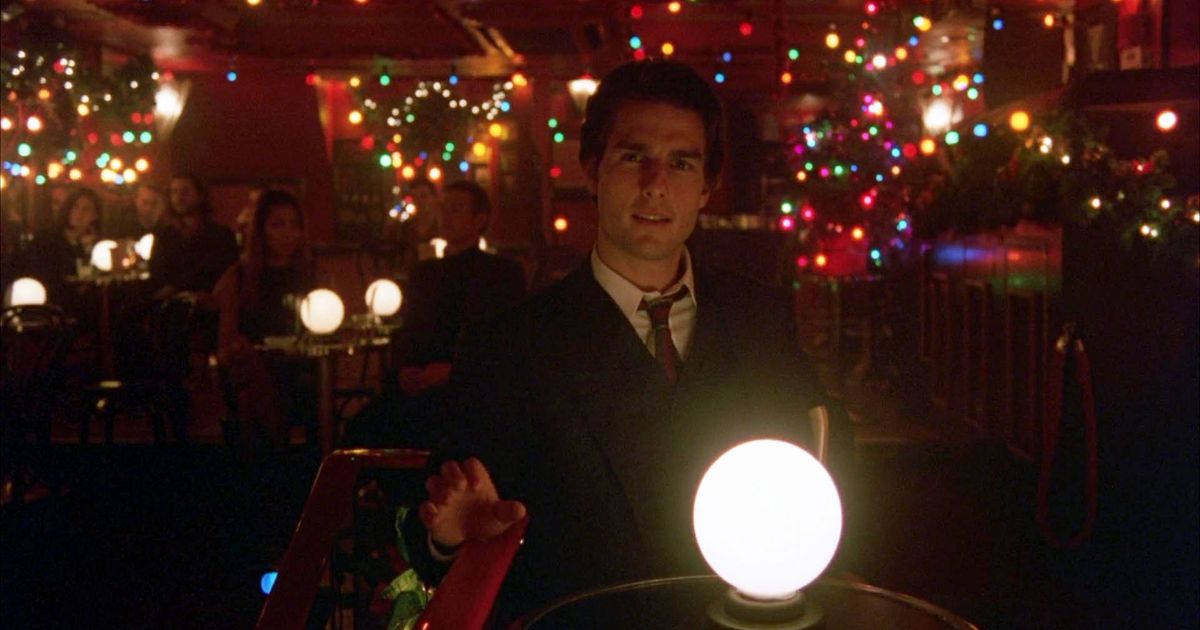 Eyes Wide Shut has some of the most brilliant production design, including a magical Christmas party that I think many would love to attend. This film may not be your go-to Christmas movie, but who’s to say Christmas movies can’t be dark. 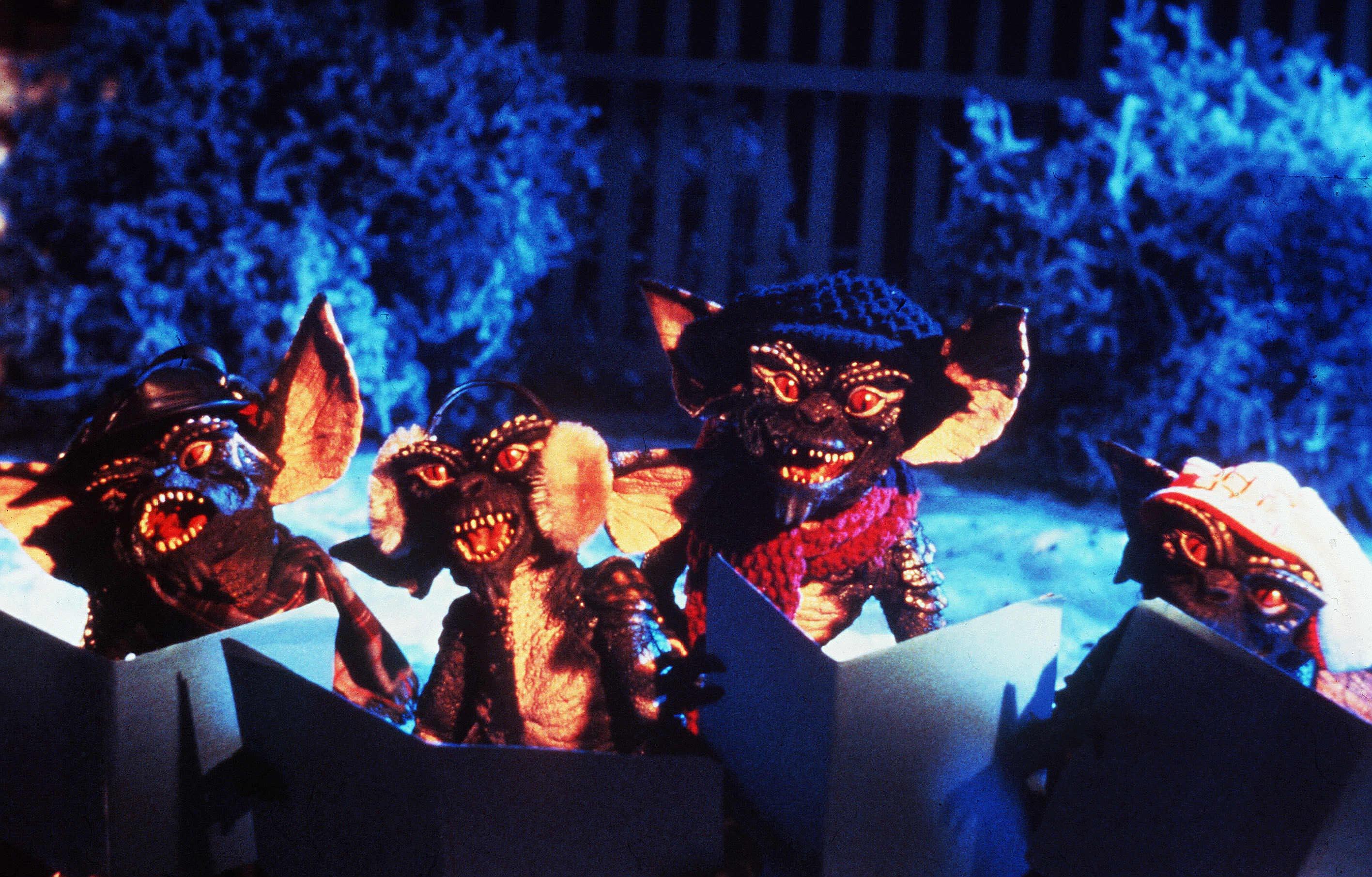 For many years, the story of Krampus has interjected some creepy into the holiday season, so why not take it a step further with Gremlins. This 80s classic happens on the night before Christmas, but you won’t find visions of sugar plums dancing in their head — more like visions of strange creatures with tuffs of fur eating fried chicken and dancing in a smashed storefront window. Gremlins, in its chaos, has the characters fearing what lurks behind the corner. The film has some great odes to the holidays as the creatures are caught eating gingerbread cookies. Not to mention a tragic Christmas story that, even if you forget Gremlins in its entirety, somehow sticks with you. 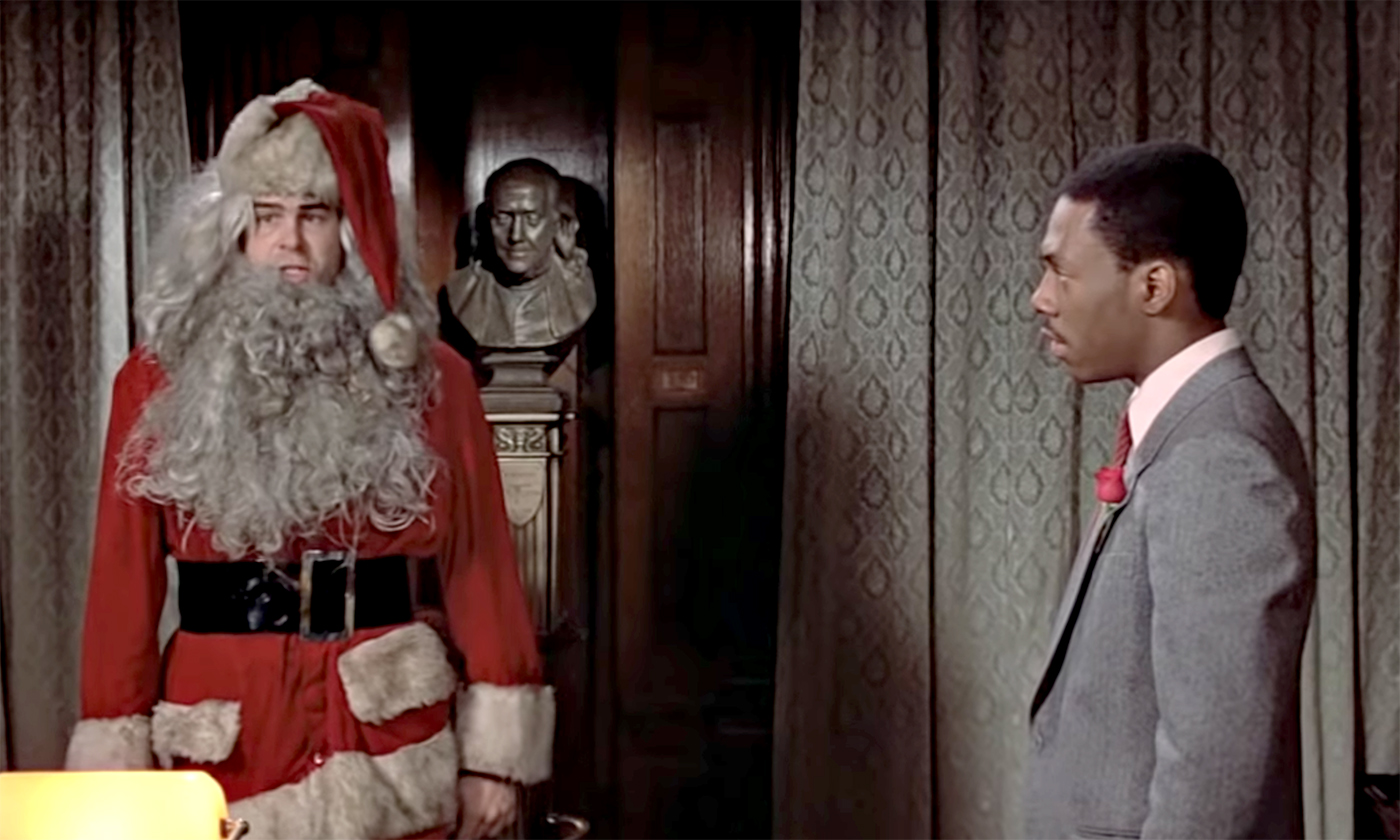 Yes, many elements of Trading Places haven’t aged well. And yet, the greedy and manipulative ways of Wall Street have aged very well, in my opinion. The social divide between the upper class and lower class, the lack of sympathy, is still pretty spot on. But the class divide aside, there are many references to the Christmas season throughout the snowy streets of New York City. Dan Ackroyd in a Santa outfit? Sign me up! Batman Returns is set smack-dab in the middle of the holiday season with Christmas tree lightings, parties, and exploding gifts wrapped with candy cane wrapping paper. You could make the connection that Batman Returns is an ode to those who are alone during the holidays with the Batman (Michael Keaton), Penguin (Danny DeVito), and Catwoman (Michelle Pfeiffer) seemingly on the outs from the norm during the holidays. A dreary snowfall in Gotham city works to emphasize this bone-chilling background of the Christmas season. I mean, let’s be clear, any time is a great time to watch Pfeiffer as the best Catwoman.

The Nightmare Before Christmas (1993)

Is it a Halloween movie or a Christmas movie? That is the question that divides most viewers of this animated classic. The Nightmare Before Christmas’ Jack Skellington is the king of Halloween Town and believes it would be great fun to play Santa after finding out about Christmas Town, a town next door. The story is all about bringing Christmas to Jack’s town, but it doesn’t go exactly as planned. With catchy tunes and a creative story, The Nightmare Before Christmas has deservingly earned a spot with the best Christmas movies.

Catch Me If You Can spans several years as Frank Abagnale Jr. (Leonardo DiCaprio) cons his way from pilot, to doctor, to a lawyer. But why a Christmas movie? To avoid spoilers, in case you haven’t seen this movie that came out 18 years ago, important conversations between two characters constantly happen — like clockwork — during Christmas. Once again, another movie that envelopes itself with references to Christmas. 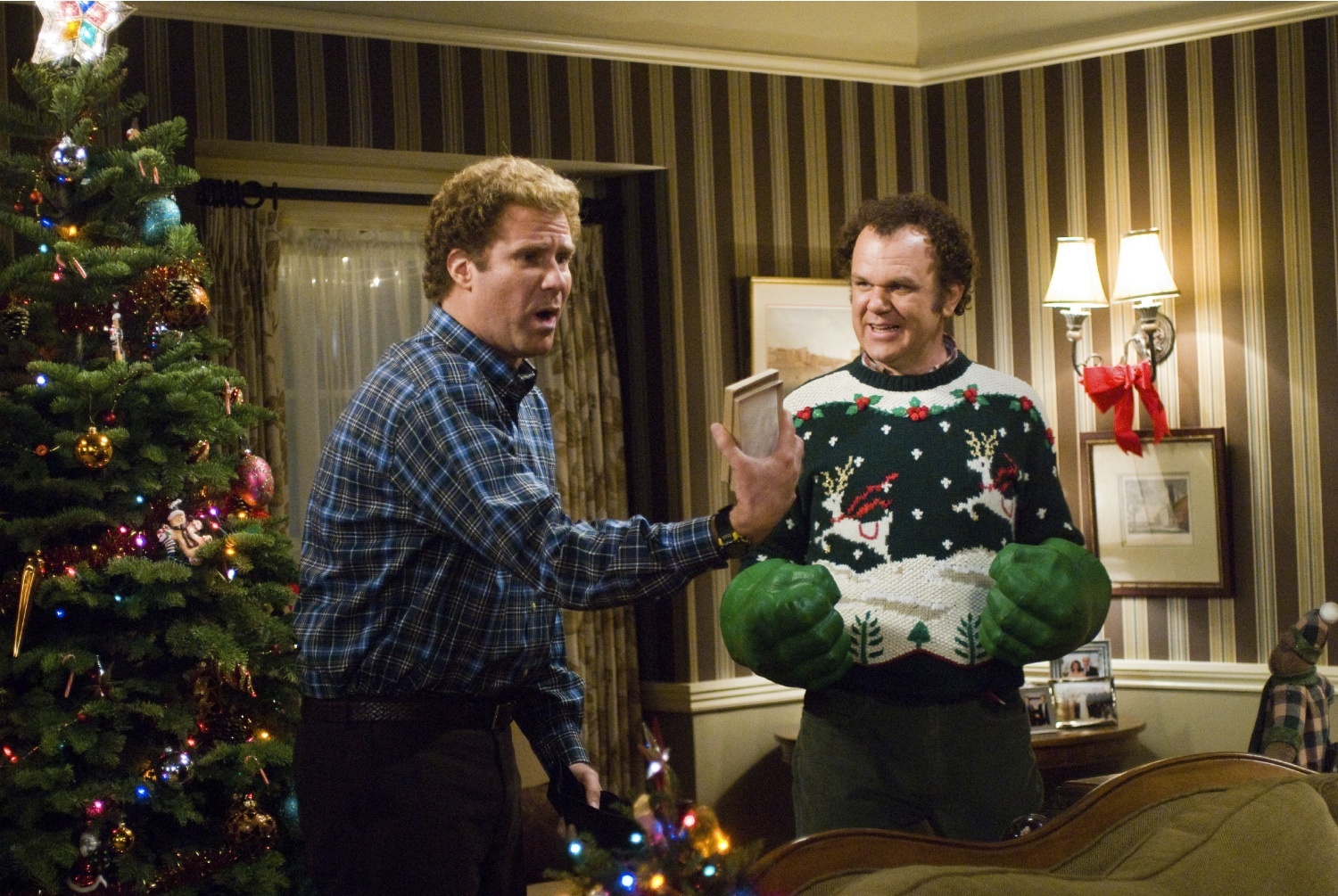 It’s a modern-day blending of families when two divorced, older people, with their adult sons living at home, decide to marry. This is no Brady Bunch. Well, maybe if Jan at one point crane-kicked Peter in the nuts. Step-Brothers is more 40-Year-Old Virgin meets Brady Bunch meets Christmas. One fan theory has gone as far as to classify Step-Brothers as a prequel to Elf. Now I wouldn’t go that far, but it sure counts as a Christmas movie — just maybe not for the whole family. Just like The Family Stone paints its dysfunctional family – eventually leaning on one another for comfort during the holidays – that same idea goes for Step-Brothers. And with that, this raunchy comedy is actually a sweet Christmas treat.

The Christmas trope in movies often accentuates the storyline of a romantic comedy. You can reference You’ve Got Mail, Sleepless in Seattle, and The Holiday to satisfy that need for a film with a Christmassy romance. While You Were Sleeping, however, is one of my favorites that often gets overlooked. Lucy (Sandra Bullock) is a young woman who falls in love with Peter (Peter Gallagher), a man whose subway token she takes every morning — barely uttering two words to him. During her Christmas shift, Lucy saves Peter from a subway accident, and when she visits him in the hospital, a nurse mistakenly assumes that Lucy is Peter’s fiancée.

Sure, Lucy’s actions may sound a bit stalkerish, but there’s a sweetness to her story. So I ask, what makes a movie a Christmas movie, anyway? Sometimes it’s the meaning behind the story that gives these movies a pass to the Christmas category. Christmas moments are fleeting within the film’s timeline, but shows the importance of family during the holiday season, and those who may not have someone to spend it with. 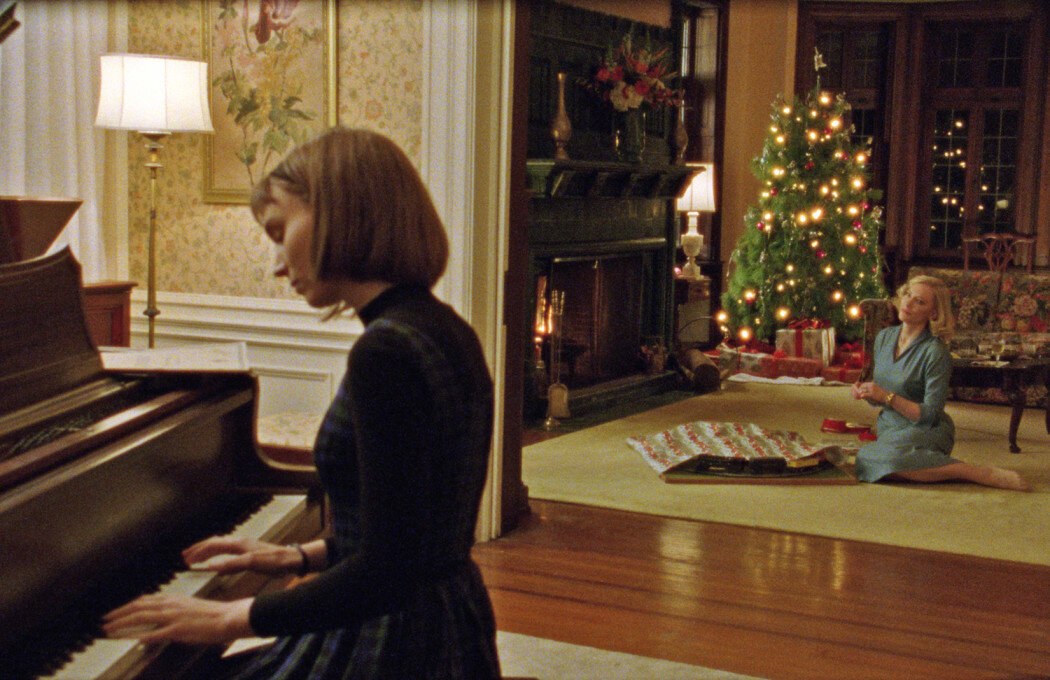 Set in the 1950s, Carol examines a lesbian affair between Carol Aird (Cate Blanchett) and Therese Belivet (Rooney Mara), set to the backdrop of, you guessed it, Christmas in New York City. Carol may find itself at the top of the “non-traditional” Christmas movies with a story, The Price of Salt, written by one of the greatest authors, Patricia Highsmith. Just like Eyes Wide Shut, Carol is a perfect dichotomy to the usual Happy Holidays or Seasons Greetings. We rarely see the inclusion of LGBTQ romances paired with the Christmas spirit. And with a forbidden love such as theirs, Carol makes for one of the saddest films on this list. Die Hard: the movie that sparked 1,000 Christmas movie debates. So I ask, how can it not be a Christmas movie? John McClane (Bruce Willis), an NYPD detective heads to his wife’s company holiday party on Christmas Eve, where he’s soon confronted by a German terrorist and his violent goons. You won’t find John roasting chestnuts on an open fire, but rather roasting enemies with a flood of bullets, climbing through air ducts, and escaping fiery explosions. This popular debate may not have a definitive answer anytime soon as director, John McTiernan, and screenwriter, Steven E. Souza, have stated that this is clearly a Christmas movie. However, Willis holds true to his beliefs that Die Hard is an action film and nothing more.