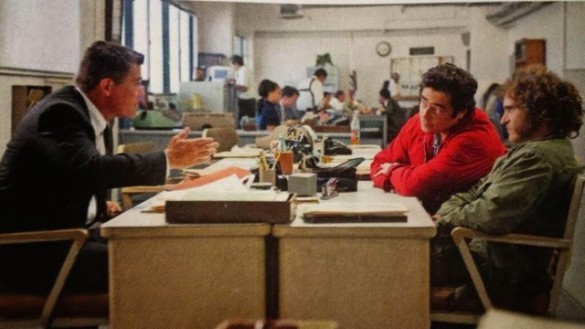 The 2010s are halfway over, and with 2015 on its way out, websites, publications, and podcasts are taking a look back at 2010 through 2014 for the best movies the entertainment world had to offer. This week, InSession Film discusses their top five favorite movies of the first half of this decade, which makes my job as the Master List Creator that much more difficult. How can I create a list that encompasses all of the wonderful movies produced in the last five years, without the daunting task of creating a top ten list of the best movies? 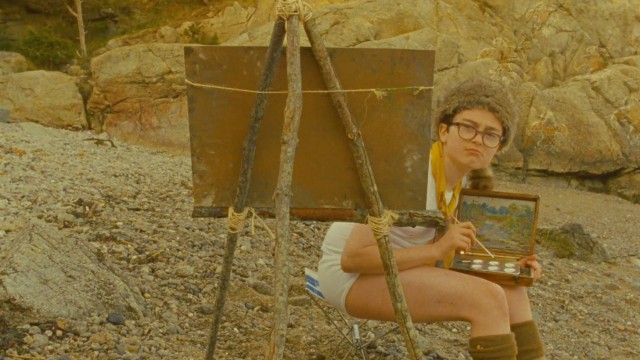 For this week’s InSession Top Ten List, I decided to take a wider scope at the movie selection, and rate the top ten movie trends of the last five years. I used websites Dissolve, Fandor, and the A/V Club’s research on the top movies of the first part of the decade, which they obtained from Twitter users. After carefully looking over their lists, I decided on my top ten movie trends that 2010 through 2014 gave us. Let’s take a peak.

So how can an animation studio make its way on to a “best of” list? The movies are filled to the brim with heart, solid plot lines, creative use of characters, trendsetting musical scores, and talented voice actors. Most notably, the Pixar film Toy Story 3 was a critical and box office success. The third installment of a popular animation series, the film returned the original voice actors (Tom Hanks, Tim Allen) and added other talented, well-known names (Michael Keaton, Timothy Dalton). The movie transformed the series that most thought had run dry. It managed to sneak in more nostalgia, and make movie goers everywhere (even the adults) shed a tear.

It’s becoming more and more common to see films originally premiered at film festivals make their way into mainstream movie crowds. What was originally saved for blockbusters, is now occupied by thought-provoking indie films. The first five years of this decade saw gritty, smart, emotional, and beautifully produced indie films make sales. Films like Everyone Else and Winter’s Bone had everyone talking about the movie magic that makes its way up from the festival ranks.

Take the indie flick Martha Marcy May Marlene; it transformed the way we looked at cults, family dynamics, the psychological effects of being lonely, and the movie career of Elizabeth Olsen. A treat we are all happy made its way into popular culture.

Our culture is growing into a self-aware being, with a life its own. Nowhere can you see the self-acknowledgement better, than in media. Films in the first part of the decade focused on what the world was discussing, and what social issues were important at the time. Movie goers were becoming less interested in a non-realistic romcom, and more interested in the thought-provoking ideals at stake.

Films covered everything from gay rights and homophobia (Blue is the Warmest Color), to espionage (Argo). In one of the most controversial films of the decade so far, Zero Dark Thirty told the story of Navy S.E.A.L.s Team 6, and the death of Osama bin Laden after a decade-long manhunt. The historical value and well-documented drama made this chronicle a success.

The producing team of Joel and Ethan Coen, known as the Coen brothers, have created widely-loved gems throughout the years. From The Big Lebowski to Fargo, the Coen brothers have put their stamp on the movie industry, displaying dark humored, emotionally intense, and visually appealing films. Their blend of cinema takes the mundane, and makes it insane.

In the early part of the decade, the Coen brothers hit it out of the park with the classic remake True Grit; putting their own spin on the John Wayne, novel adaptation. But what film really made the world turn towards the Coen brothers again, was Inside Llewyn Davis. The film chronicled a week in the life of young singer Llewyn Davis as he navigates the Greenwich Village folk scene of 1961. The dark scenery, the humor, the music; it all made for an appealing inside look at a music scene on a rise.

The movie going population gained a growing interest in historical biographies and tales. They wanted to see the well-known figures of our past on the big screen, and weren’t disappointed.

Lincoln and Selma told the stories of our leaders and social movers pasts, but nothing peaked interest like the movie that went inside the creators of our social media age quite like The Social Network. The film was based on the true story of Mark Zuckerberg and his development of Facebook; a story filled with ego, loneliness, and internet based reality. It gave social media addicts an inside look at their favorite pastime.

Another director making our list (not the last) who made a stamp on the decade thus far. Wes Anderson’s films have been spoofed, criticized, analyzed, and replicated. They’re easily distinguishable from other films by their brand of humor, crazy actor dynamics, nostalgic imagery, and choice of dialogue.

The Grand Budapest Hotel and Moonrise Kingdom, both Anderson films released earlier this decade, caught critic praise and revamped Anderson’s following. With award wins and nominations, it was a wonder why we hadn’t seen more from him.

When your culture becomes self-aware, art takes on a different form of reflection. A trend was created, in which futuristic films with technology non-existent symbolized metaphors on our lives today. Filmmakers looked into the future to hold clues to what we experience today.

Her, Prometheus, and Inception all had meanings behind the madness. In Inception, for example, the filmmakers made a statement on the thin line between reality and our imagination, and how the movie making business can be just as confusing as the entire Inception plot line.

Anderson continued on his path of greatness from films like Magnolia and Boogie Nights,  to films like The Master and Inherent Vice. Vice followed the story of a drug-fueled Los Angeles private investigator Larry “Doc” Sportello while he investigates the disappearance of a former girlfriend, all in the year 1970. The honesty, true-to-life portrait of the specific time and place put Anderson once again in critics’ hearts.

The last two choices on this list will contradict each other, but it’s indicative of how movie goers differ from each other in so many ways. The number two spot is reserved for the fans of films that portrayed everyday life and all of its drudgery.

Movies like Tree of Life, Strange Little Cat, and Leviathan all featured stories that weren’t all that different from our own, but did so in such a visually appealing way, that it made viewers appreciate their lives in a completely different manner. Leviathan documented the fishing industry in North Atlantic, sometimes from the dead fish themselves, which provided breathtaking views of our very real world.

The trend that got our number one spot couldn’t be any further than the number two spot. These films, adapted from comic book creations, are adventurous, exciting, and highly entertaining tales of avengers, superheroes, and even revengeful boyfriends.

Everyone in the English-speaking world can name at least one Marvel movie they were a fan of in the early part of the 2010s, but what film caught most eyes, was the punk rock Canadian tale of Scott Pilgrim vs the World; a story of how one young musician must fight seven evil exes of a girl he so desperately wants. It’s funny, musically on point, and add just the right amount of gamer admiration that this generation loves.