To Infinity and Beyond: The Magic of ‘Toy Story’ Lives on 25 Years Later 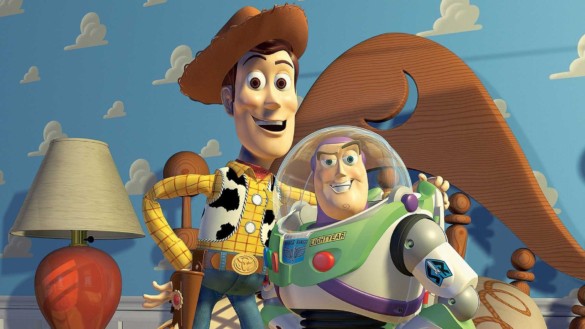 On November 22, 1995, the landscape of animated cinema changed forever. After decades of Disney’s beloved animated feature films, the era of computer-animated filmmaking was about to begin. After a successful premiere three days prior in the heart of Hollywood, the John Lasseter-directed project released across North America to rave reviews from critics and the public alike, rocketing its way to the top of the box office.

Disney had been at the top of the food chain in terms of animated films for the best part of a century, dating back to the early Walt Disney cartoons and the 1937 Snow White and the Seven Dwarves. Their hand-drawn classics such as The Lion King, Aladdin, and The Jungle Book remain staples of cinema today and are continuing to spawn live-action remake after live-action remake.

However, the arrival of Pixar and Toy Story changed everything. Sure, Disney’s traditional way of creating animation continued shortly after including the releases of Mulan and Hercules, however, it was clear that the landscape had now changed for good. Pixar had begun creating short films as early as the mid-1980s, but taking the next step to a fully fledged feature film was a monumental one.

The Academy, much like the public, welcomed Toy Story with open arms. They awarded it three Oscar nominations include Best Screenplay, a rare pickup for an animated film, and one that proved Toy Story was more than just a gimmick. What could’ve been a flop that marked both the beginning and the end of computer-animated programming, Toy Story instead set the benchmark so high that it can be argued nothing since has been able to touch it in its genre. But how did Pixar get it so right? The answer lies not because of its technological advancements and revolutionary filmmaking, but something much simpler – its story and its characters.

For those who have somehow missed the entire narrative of Toy Story over the last 25 years, it centers around a group of toys – belonging to a boy named Andy – that are able to come to life when nobody is around. In fact, the idea of the film’s imaginative universe is that every toy is able to come to life in some way. This includes cowboy Woody (voiced by Tom Hanks), a piggy bank named Hamm, Bo-Peep, a self-deprecating dinosaur named Rex, and a slinky dog to name a few. The dynamic of these toys drastically change when Andy receives the brand new Buzz Lightyear toy for his birthday, a gadget-ridden spaceman complete with iconic lines brought to life by the brilliant Tim Allen. A rivalry between Woody and Buzz ensues throughout the film, with raging jealousy and resentment on show. Eventually, the two put their differences aside to help each other against the evil Sid, and the pair form a brotherhood that spans the rest of the franchise.

It’s hard to pinpoint where to begin when discussing what a wonderful film it is, but the characters seem the best place to start. Sheriff Woody is brought to life wonderfully by Hanks, following up his back-to-back Academy Awards in style. While the toy itself has a pull string of generic quotes, Woody’s most memorable lines are when he’s ‘alive,’ including screaming “You are a toy!” at a baffled Buzz Lightyear. He’s the perfect protagonist, a Clint Eastwood-type cowboy that wouldn’t seem out of place in a John Wayne western (It’s also exciting to realize that the upcoming News of the World starring Hanks is the closest we will get to seeing Woody in a live-action feature.) Buzz is the opposite of Woody when we are first introduced, as he’s much less self-aware and enjoys his lone ranger persona. much of the film’s humor early stems from his lack of understanding that he’s just a toy, and thinking he is an actual spaceman. The other toys admire Buzz for his looks and gadgets, however, popularity is not something he particularly cares about, but merely stumbles into. The clash of personalities is the heart of the story, with the colorful ensemble there to react to the two while having their own string of memorable moments. 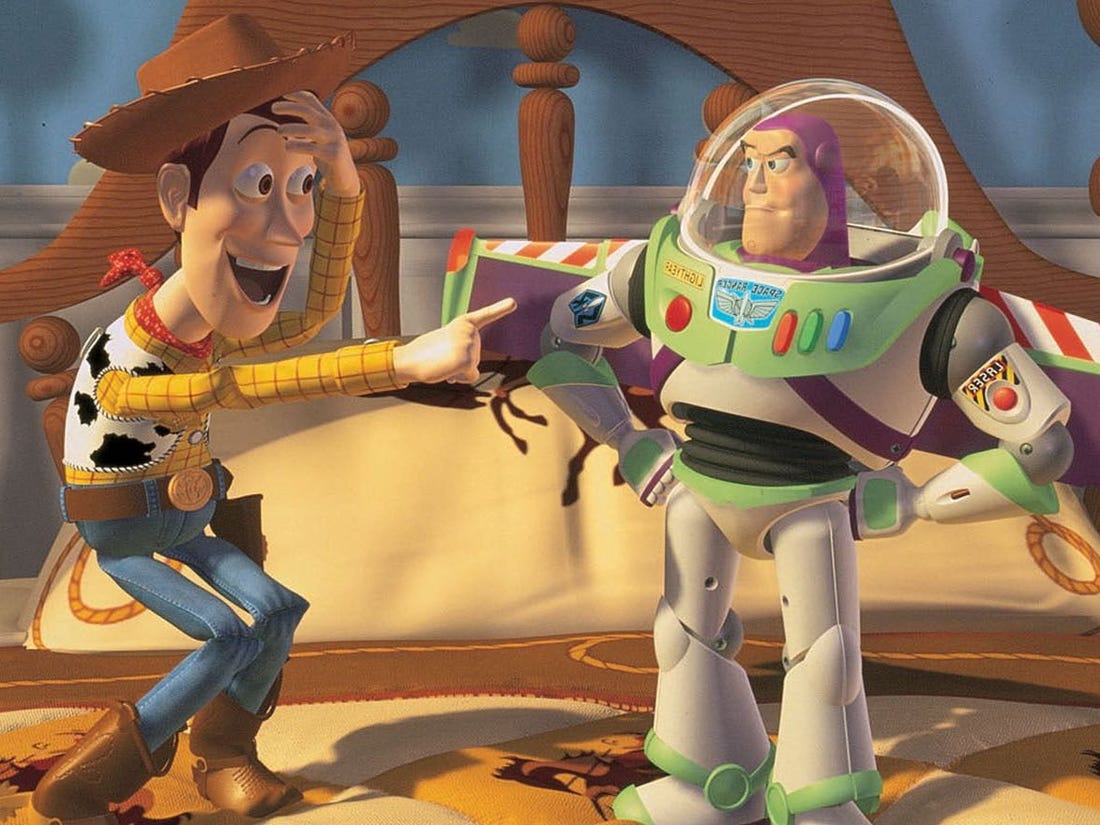 The four-person writing team of Joss Whedon, Andrew Stanton, Joel Cohen, and Alec Sokolow do an incredible job at creating such an original idea, which both entertains children while remaining intelligent enough for adults to fall in love with too. Pixar’s charm is that their films are for everybody, and it all begun here.

It’s a magical film strangely grounded in reality, with nothing out of the ordinary except of course for the talking toys. It creates a sense of familiarity that as a kid you feel could actually be happening in your own bedroom, and as an adult harbors back nostalgia and memories of a time when playing with action figures made them feel real anyway.

And of course, there’s the iconic “You’ve Got a Friend in Me” song from Randy Newman, which features in a spectacular montage. It’s a song that has defined the entire franchise, highlighting the focus on friendships and brotherhoods, and one that has a poignant tune to it the more time passes from this 1995 masterpiece.

Another testament to the film’s longevity is the length of time between sequels. While Toy Story 2 released shortly after in the late 90s (which featured the devastating montage involving Jessie), the third installment didn’t release until 2010, with the fourth almost 10 years after that. Only franchises at the level of Star Wars have been able to continue for as long or longer, and a big part of that is how the story has matured. As the original audience of the first Toy Story has gotten older, the themes of the films have adapted, with Toy Story 3, in particular, an emotional and poignant tale of letting go of childhood.

Pixar realized the key to success wasn’t just in the quality of animation but the quality of storytelling, which has unsurprisingly led to their films earning a variety of Screenplay nominations across major awards through the years. Pixar took the idea of young viewers being able to emphasize with non-human characters and ran with it. Monsters Inc. focuses on Monsters, Finding Nemo on fish, and Inside Out on characterized emotions, to name just a few. This level of creativity and imagination has captured the hearts of film audiences all around the world, and long may it continue.

The legacy of Pixar’s first outing can never be overstated. Disney purchased Pixar in the mid-2000s, taking things to the next level in terms of scale, popularity, and merchandise. It remains to be seen whether the story of Buzz and Woody is finished after their heart-breaking farewell in Toy Story 4, but there’s no denying the legacy will remain forever. It all started 25 years ago, and whatever direction animated films take in the next 25, you can be sure that Toy Story’s influence will be all over it.