Movie News: The Impossible coming to Blu-ray, but is it worth it? 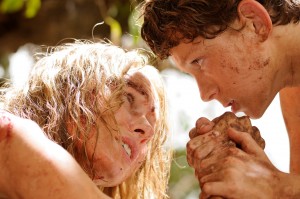 If you didn’t see J.A. Bayona’s film, The Impossible, last year you weren’t the only one. It didn’t do well at the box office but it became very popular later in the year after some award voters started giving it some attention. The movie is about a 2004 tsunami that hits the Indian Ocean and the aftermath that follows. It’s based off a true story and stars Ewan McGregor and Naomi Watts. Watts was even nominated for an Academy Award for her performance in the film.

The movie is set to come to Blu-ray, DVD and digital download this April. Watts’ character is María Belón in real life and she will be featured in the Blu-ray and DVD extras, which will be fun to hear her perspective as she went through the horrible tragedy.

Since InSession started at the beginning of 2013 (yay!), we didn’t review the film. However, this film is a great watch and Bayona has some great special effects in the film, especially when the tsunami hits land. I thought McGregor and Watts’ performances were great, but the plot was lackluster after the tsunami. The plot becomes a little dull and isn’t anything we haven’t seen before. That being said, you feel for the family since it was a true story and that reels you in. The breakout performance of Tom Holland, who plays the eldest son, was incredible to watch. He was terrific and definitely a positive to the film. Overall, I grade The Impossible a B.