Movie Review: ‘The Goldfinch’ is one fatal brushtroke after another 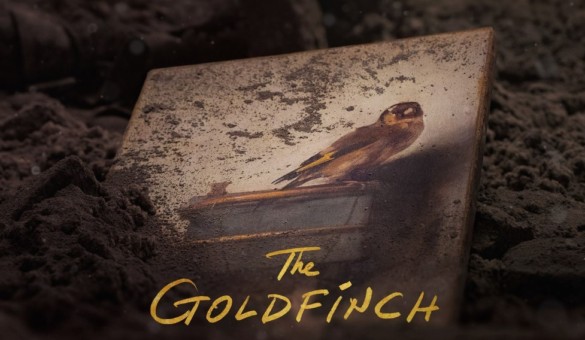 Synopsis: A boy in New York is taken in by a wealthy Upper East Side family after his mother is killed in a bombing at the Metropolitan Museum of Art.

For this fall, spotting a goldfinch in the wild — migration has begun! — is more rewarding than catching one in theaters. What the promos promise as the story of a stolen life is a film that wastes our time in its final form.

Although The Goldfinch is set decades later than Brooklyn and trades its central perspective from an Irish lass’ to a stateside boy’s, it’s valid to see the new effort from director John Crowley as another lap around the same track. Perhaps an improved one, even, since capturing his run is a master cinematographer and the source material that propels him is adorned with a Pulitzer. But there’s no negative split, or at least at even one, at the end. Why the shocking performance? There is much merit in pointing toward the screenplay that cinematizes Donna Tartt’s 2013 novel with lethargy and labor.

In conveying the journey of Theodore Decker (an alert Oakes Fegley, then an inert Ansel Elgort), a survivor of an art museum bombing that killed his mother when he was 13, writer Peter Straughan orders the events by theme rather than order. The other choice might have improved the experience as all that ping-ponging between Theo’s three phases — first a scarred boy who is taken in by the classy Upper East Sider Samantha Barbour (an icy Nicole Kidman), then a rebel when his loser father Larry (an aggressive Luke Wilson) returns, and afterward a criminal when he forges antiques behind his mentor’s, Hobie (a warm Jeffrey Wright), knowledge — fractures his evolution and from there fuses glaring awkwardness into the pacing. It’s a problem when The Goldfinch needs to take as long as the filming period of Boyhood to tell its story.

What’s also an issue is that, from that back-and-forth, whenever Theo has a life-changing moment it segments rather than layers him. The desired result is a Dickensian bildungsroman; in the current state it is part that–part antiquities reproduction 101–part tragic Thomas Crown. Too often is the processing of a moment in Theo’s tale gets interrupted with another moment from another chapter, onw with a different mood altogether. Only heaven knows why does Straughan think replicating the flipping of the pages more important than the contents in them. Nick Hornby’s take on Brooklyn may be low on surprises since Eilis’ life is laid out like nature would, but at least the moments and their accompanying emotions in Colm Tóibín’s text are carried over. As clear lines rather than odd smudges.

In every state, however, The Goldfinch never ceases to be visually alluring. The moment — a key one — where Theo picks up the Carel Fabritius’ painting per the instructions of an elderly man in the rubble is a particular standout: The framing mirrors how the boy is comforting himself with enigmatic purpose, an act that turns the rain of plaster around him into ashen snow. As for the best of the not-so-key ones, check out the angle chosen for Theo’s dad’s girlfriend Xandra (Sarah Paulson) to show off her sunbathed legs. Sure is odd when the image to remember the film by is anything but the intended avian… or, at certain hours of the day, the “Ukranian” accent from Theo’s émigré friend Boris (Finn Wolfhard, then Aneurin Barnard).